The New Geopolitics of Latin America

What does the future hold for geopolitics and power in Latin America?

What does the future hold for geopolitics and power in Latin America? 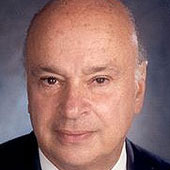 The low-cost access to natural resources is attracting industries to the region.

Suddenly, the ability to join natural resource wealth to value-added industry is positioning the region to become an important player in the global economy of the 21st century.

Intra-regional trade is both the driving force and the benefactor of these changes. New roads being built across the Andes will link the Atlantic and Pacific Oceans for truck and rail traffic — opening land for agricultural production and opportunities for the poor to escape poverty.

This transformation will affect the countries of the interior — such as Bolivia and Paraguay — which will become the crossroads of hemispheric trade routes from Argentina and Brazil to Chile and Peru.

Of the world's total energy sources, Latin America and the Caribbean have the largest share of renewable energy, 35% — whereas the industrialized countries account for less than 2%. At present, 70% of the region's electric power stems from renewable sources.

Central America's hydro resources, which account for 65% of its energy consumption, will become more important with the completion of the integrated electric power grid being financed by the Inter-American Development Bank.

Paraguay's main source of income is now the export of energy generated from the huge Itapu and Yacyreta hydroelectric projects — 90% of which is exported to Brazil and Argentina.

Compared with these projects' formidable generating capacity, Paraguay's current tiny internal demand enables it to be one of the few countries in the world that can finance its government without collecting income taxes.

The many reasons range from the narrow economic base of mining economies to the concentration of wealth that enabled the elites to enjoy the good life — without having to work to create a value-added industry.

In addition, because of the debilitating tropical climates before the advent of air conditioning, almost no industrial capacity could have been created to produce value-added goods for global markets.

The mineral wealth of the Andes — gold, silver, iron, copper, zinc, tin, manganese and other exotic metals — could fuel the global economy for centuries.

The potential for growth is clear from the transportation and infrastructure projects already being planned.

The Inter-American Development Bank is now studying 14 possible passes over the Andes between Chile and Argentina.

A new highway for high-speed truck traffic will link Buenos Aires to São Paulo. A master plan for transportation and energy for the Andean countries was recently completed by the Andean Development Corporation.

Road and pipeline networks to handle intra-regional trade among the Mercosur countries, crossing Paraguay and Bolivia, are almost complete.

Newly privatized railroads are being modernized, providing intermodal transportation corridors from the Atlantic to the Pacific.

Brazil is constructing one of the world's largest rail links, the 3,100-mile Ferronorte, to enable grain producers in the interior to reach global markets.

Trains on the pampas, which only a few years ago took days to travel 70 miles to ports on the Parana River, now can carry their grain cargo there in hours.

The new road from Santa Cruz, Bolivia to Arica on the Pacific coast will reroute traffic — which now has to travel by barge out through the Amazon — thereby reducing the cost of shipping soybeans by $40 a ton and the time to reach Asian markets by half.

The controversial 2,200-mile waterway connecting the Paraguay and Parana Rivers with the Rio de la Plata will, when completed, extend inexpensive river transport from remote areas of Paraguay and Bolivia to the Atlantic Ocean.

As a waterway, the impact of the hydrovia (literally, waterway) would be as important to the development of the region as the Mississippi River is to the United States.

However, its environmental impact remains controversial, as it poses a threat to the Pantanel, one of the world's most extensive wetlands.

But even the partial implementation currently under way will alter the economic life of the region.

Opening the rich agricultural lands of the southern Mato Grosso, southeast Bolivia and the Paraguay Chaco will create new sources of wealth, as barge traffic reduces transportation costs for both fertilizer going in and grain coming out.

Brazil's savannas — barren scrub only 20 years ago — with their new transportation routes, now produce 25% of Brazil's 80 million tons of grain, making Brazil the world's second-largest producer of soybeans after the United States.

Bolivia's Santa Cruz region, at the foothills of the Andes, has risen in only 10 years to become the sixth-largest soybean producer in the world.

This has attracted heavy investment from the world's principal agro-industrial companies, including U.S. multinationals Cargill, Continental Grain and Archer-Daniels-Midland.

More than a half-billion potentially productive acres in the Santa Cruz-Mato Grosso region still have not been cultivated. With reasonable transportation, the region's agricultural production could easily triple.

Barges will also facilitate the development of some of the world's richest mineral deposits — such as the mammoth Matun iron ore deposits of southern Bolivia — providing market access for these and other bulk commodities, like lumber, limestone and petrochemicals.

Imports and exports from Latin America climbed so rapidly in the 1990s that the region topped Europe as the number two destination for U.S. containerized shipments.

The geopolitical impact of these changes will transform the continent in as yet unforeseen ways. For example, the high-speed road from Buenos Aires to São Paulo could wake up sleepy Montevideo, Uruguay, whose ports are deeper and feed more easily into southern Brazil and the rich lands of the interior.

Buenos Aires — historically the preferred port because it served the extensive fertile lands of Argentina — will gradually cede part of its sea traffic to ports on the north side of the La Plata River, which have cheaper and quicker land transportation routes to Brazil.

As a result of all this, 50 years from now, southern Latin America will not look the same.

New roads will penetrate a now isolated interior and stretch from coast to coast. The implications for the landlocked countries of Bolivia and Paraguay are immense.

The historic trade routes of Latin America flowed from populations huddled along the coast outward to Europe and North America, making the interior countries marginal to Latin America's development.

In the 21st century, intra-regional trade grows and trade routes across the interior will unlock these countries' rich agricultural potential to produce for global markets.

In addition, the inland countries themselves also will occupy a far more strategic role in the economic development of the region.

Instead of backwaters, countries such as Paraguay and Bolivia — as well as Brazil's southern Mato Grosso — will become new transportation and production hubs.

In that process, jobs, new living spaces and new economic opportunities will be created throughout the region.

Adapted from “Greater America: A New Partnership for the Americas in the 21st Century” by L. Ronald Scheman. Copyright © 2003 New York University Press. Used by permission of the publisher.

Acrylamide: Taking the Fun Out of French Fries