Mitt Romney badly lost the women’s vote. But are Republicans the only party with a “woman problem?” 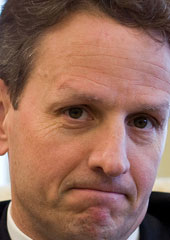 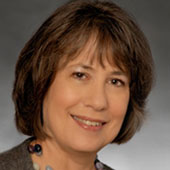 Sheila Bair was the Chairman of the Federal Deposit Insurance Corporation (FDIC) from 2006 to 2011.

On November 24, 2008, when President-elect Barack Obama announced his choice of Tim Geithner to become Treasury Secretary, it was like a punch in the gut. I did not understand how someone who had campaigned on a “change” agenda could appoint a person who had been so involved in contributing to the financial mess that had gotten Obama elected.

Tim Geithner had been the bailouter in chief during the 2008 crisis. If it hadn’t been for my resistance as chairman of the Federal Deposit Insurance Corporation (FDIC), as well as the supervision of then-Treasury Secretary Hank Paulson and Federal Reserve Chairman Ben Bernanke, we would have spent even more money bailing out the financial bigwigs and guaranteeing all their debt.

As president of the New York Federal Reserve, Geithner had been responsible for regulating many of the very institutions whose activities had gotten us all into trouble.

The only explanation I could think of was that Robert Rubin had pushed him. Rubin had been a major fund-raiser for Obama’s general election campaign, as well as treasury secretary in the Clinton Administration. Indeed, as the subsequent economic appointments were announced, they turned into a veritable hit parade of individuals who had served in Rubin’s Treasury Department.

Lawrence Summers, Rubin’s erstwhile deputy who later succeeded him as Treasury Secretary under Clinton, would head Obama’s National Economic Council. Gary Gensler, Rubin’s colleague at Goldman Sachs who had later served as his deputy at the Treasury, would head the Commodity Futures Trading Commission.

There were others as well, including Michael Barr, who would later be appointed to my old job as assistant secretary for financial institutions at Treasury.

Without a team of his own, this new, inexperienced President was turning to officials in the former Clinton Administration to staff his own administration. In certain areas, that made great sense, particularly at the State Department with the appointment of Hillary Clinton as Secretary of State.

But it made no sense to turn to the old Rubin team to implement much-needed reforms in the financial sector. President Clinton himself said that Rubin was wrong in urging deregulation of derivatives. Gensler, at least, has become a strong advocate for derivatives regulation.

Obama also announced that Rahm Emanuel, a congressman from the Chicago area, would serve as White House Chief of Staff. Several months before, Emanuel had reached out to me in his capacity as an Illinois congressman to express support for my efforts on loan modifications and, in classic Chicago-style semantics, to assure me that he “had my back.”

When not in the business of politics, Emanuel had also worked in the financial sector. But that was in Chicago, not New York, and I did not view him as one of the Rubin clique. So I called him to let him know that I was willing to stay, but that I was also willing to go if that was what the President wanted.

Though the FDIC is an independent agency and I had a fixed term extending to 2011, I had no desire to continue serving against the President’s wishes. I would be hopelessly compromised if I did not have the President’s support to continue in my job.

Emanuel was very reassuring, telling me that he would talk with Summers and Geithner, but the whole tenor of the conversation was that the new administration wanted me to be part of its team.

Alas, a few days later, on December 4, 2008, a story was leaked to a Bloomberg reporter that “Timothy Geithner, President-elect Barack Obama’s choice for U.S. Treasury Secretary, is seeking to push FDIC Chairman Sheila Bair out of office.”

The second paragraph cited Geithner as arguing that “Bair isn’t a team player and is too focused on protecting her agency rather than the financial system as a whole.” The article attacked me for “holding out for concessions” during the Citigroup bailout in November.

As a clear warning shot to me, the story went on to say that “Even if Bair remains at the FDIC, the Obama economic team has decided that she won’t play a central role in policy.”

I decided to reach out to Geithner to see if he would at least tell me to my face that he was trying to oust me. I had a business trip already scheduled to New York the following day, so I sent him an email asking if he would have some time to get together.

To try to take some of the edge off, I also let him know that my nine-year-old daughter, Colleen, would be traveling with me. Would it be possible, I asked, for her to have a tour of the New York Fed’s famous vaults, where they stored one of the biggest caches of gold in the world?

He readily agreed to the meeting and the tour for Colleen. It was chilly and overcast when Colleen and I went to the Fed’s mammoth stone building in the heart of Wall Street late on the morning of December 5. We were promptly ushered through the elaborate security systems and taken upstairs to separate receiving areas.

Colleen was guided to a room with a television, while I was taken to a small anteroom outside of Geithner’s office, which he entered after a few minutes. He would not meet with me in his office. A bad sign, I thought.

The meeting was short. As politely as possible, I referenced the press leaks that he wanted to force me out. I asked him if he could discuss his concerns with me.

He talked in generalities about the need for everyone to support the system, not individual agencies, but we didn’t really get into the meat of the issues between us and nothing was really resolved.

Whoever was responsible, leaking the Bloomberg story turned out to be a stupid thing to do. Though obviously the strategy was to weaken my hand by portraying me as an unwanted holdover, the strategy backfired.

Without any prodding from me, Senate Banking Committee Chairman Chris Dodd and House Financial Services Committee Chairman Barney Frank immediately wrote a vigorous letter to the President-elect on my behalf. Frank was famously quoted as saying “We have several regulators up in the tree house with a ‘no girls allowed’ sign.”

I waited several weeks without hearing anything back from Emanuel. Then, on January 7, 2009, the President-elect all but endorsed my retention by answering a question about housing policy during an CNBC interview by responding “I do think that the FDIC and Sheila Bair have had the sense of urgency about the problem that I want to see.”

As the question of my future was resolved, we entertained a steady stream of Obama transition team members who came to visit us about our operations and programs, including our ideas on foreclosure prevention.

The visitors included Shaun Donovan, who eventually became the Housing Secretary, and Larry Summers also asked to meet with me. We were happy that they were reaching out.

But at the same time, we had the impression that they were going through the motions because of Obama’s public embrace of our efforts. My guess is that behind the scenes, Summers and Geithner were working hard to make good on the leaked threat that I would have no real role in or influence on policy.

Daniel Tarullo, then a professor of law at Georgetown University, also came by for a long visit, not to talk about housing policy but rather to discuss our opposition to Basel II.

It was not a perfunctory meeting but rather a sincere desire on his part to be briefed on our concerns and analysis showing that Basel II would result in precipitous drops in capital levels at most of the major U.S. banks.

I truly rejoiced. Finally, I would have an ally in the new administration in resisting that idiotic approach to bank capital. No longer would the FDIC and I be fighting alone. I was very pleased when the President announced that Tarullo would be nominated to serve on the Federal Reserve Board of Governors.

He would later play a pivotal role in changing the whole dynamic of the Basel Committee away from letting banks set their own capital to setting much stronger capital standards. Not only was he an ally in domestic discussions, he also redirected the Fed so that at last the Fed and the FDIC would be aligned.

Unfortunately, though, the new administration’s economic team lacked the independent perspectives that were required to deal with the substantial problems confronting the financial sector. We needed someone with gravitas, like Paul Volcker, who could stand up to the industry’s CEOs, not be taken by them.

True, the immediate crisis was over, but much of the clean-up work remained. We weren’t lucky enough to get that.

How could someone who had campaigned on a "change" agenda appoint a person who had been so involved in contributing to the financial mess?

It made no sense to turn to the old Rubin team to implement much-needed reforms in the financial sector.

Though the FDIC is an independent agency and I had a fixed term extending to 2011, I had no desire to continue serving against the President's wishes.

The new administration's economic team lacked the independent perspectives to deal with the substantial problems confronting the financial sector.

Sheila Bair was the Chairman of the Federal Deposit Insurance Corporation (FDIC) from 2006 to 2011.

How could someone who had campaigned on a "change" agenda appoint a person who had been so involved in contributing to the financial mess?

It made no sense to turn to the old Rubin team to implement much-needed reforms in the financial sector.

Though the FDIC is an independent agency and I had a fixed term extending to 2011, I had no desire to continue serving against the President's wishes.

The new administration's economic team lacked the independent perspectives to deal with the substantial problems confronting the financial sector.

What Japan Can Learn from Kate Middleton’s England