The Problem With Billionaires

A different case for higher U.S. taxes on the ultra-rich. 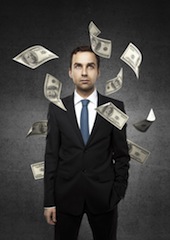 In the 1980s, the supply-siders became ascendant in Washington D.C., preaching voodoo economics as “the way, the truth and the life.” Their central claim was that rich people create jobs, while high taxes on the rich leave them with less money to create jobs. Therefore tax cuts for the rich equal job growth.

In reality, this hasn’t borne out. Neither the macroeconomic data nor academic studies have shown much evidence of a direct correlation between rich people having more money and using it to create jobs.

Instead, they mostly just use it to speculate, because it’s essentially extra wealth well above and beyond any other spending or genuine investments they could possibly conceive of.

Plus, many of these ultra-billionaires are among the actually fairly newly wealthy. It’s human nature that when you unexpectedly have more money than you know what to do with, you spend it recklessly.

The new class of ultra-rich billionaires has money on a scale rarely seen before at any point in history.

It is logical then to see ultra-wealthy investors collectively behaving entirely as if they were gamblers at the tables, all believing they can all beat each other, as Citigroup’s Chief Economist Willem Buiter once described it, rather than as real investors in a financial market.

When you make enough money in a single year to rebuild the Great Pyramid out of stacks of cash alone, you could just as easily set a money pyre ablaze as burn it on risky market bets. Either way, it wouldn’t make any noticeable difference to your net worth. Not exactly a disincentive for speculation.

The 1980s saw the lowest tax rates on the wealthy in the postwar period. Then, the 1990s beat it. The Bush tax cuts lowered them further still. Even in the first Obama term, despite the Tea Party’s insistence of his commitment to socialism, the effective U.S. tax rate was at its lowest point in a half-century.

Today, U.S. taxes on capital gains – which include the earnings from all this investment speculation – are significantly lower than the average income tax rate for ordinary Americans who earn their money in the real economy.

That’s a lot of “extra” cash among billionaires just begging to be taken up to the “Wall Street Casino,” as Susan Strange, Thomas I. Palley and many others have analogized the current state of the financial services sector.

It shouldn’t be a surprise, then, that the financial deregulatory era of the 1980s and 1990s was quickly met by demand for risky and speculative financial instruments on a massive scale from ultra-rich investors who now had new funds to place bets thanks to “trickle-down” cuts to their incomes and capital gains tax rates.

When financial instruments involving mortgages brought the U.S. economy to its knees in 2008, Wall Street securitizations had grown – from zero in the 1970s – to $10 trillion.

Very few billionaires saw their net worth take a serious hit when the whole thing unraveled.

Another recent manifestation of the problem of billionaires with too much money to burn has been their increasing influence in the U.S. political process.

When you get bored with Wall Street derivatives, why not see if you can out-bid the political “market” and change the outcome of an election?

Certainly, the ultra-wealthy were finding ways to get involved previously. Many have self-funded their own elections to office as Michael Bloomberg or Jon Corzine did – or indeed as much of Congress has done. But the 2010 Citizens United Supreme Court decision completely opened the floodgates.

Now, billionaires can publicly or anonymously open the money spigots to provide bottomless reserves of political cash to back various candidates or causes. The money flows often on very narrow and specific policy points – the preservation of this or that corporate subsidy or tax loophole – that hold little real relevance to average Americans but are pitched as the ultimate defense of American freedom and ideals.

In the 2012 Republican primaries, we even got to watch various billionaires like Sheldon Adelson, Harold Simmons, Bob Perry and Peter Thiel pick competing minor candidates and burn mind-boggling sums of money on campaigns that both failed to win and managed to drag down the entire political process.

Meanwhile, the Koch brothers were moving around in the background funneling millions to Tea Party candidates for the U.S. Senate, the U.S. House and various state offices.

None of them – whether investing in winning Senate races or losing presidential campaigns – are, in any real sense, less rich after their campaign spending sprees than they were before.

How can it be reined in?

Many Americans seem pretty convinced at this point that Wall Street needs reining in and that there should be less money engulfing U.S. elections. But they aren’t quite sure where all this money is coming from or how to rein it in constitutionally.

Ultimately, you have to go to the source of the problem: Too much cash lying around for people who can afford to throw it on the casino table, whether in New York or Washington.

If you fix the problem of excessive money being available to investors, whether financial or political, you rein in the destructive impacts on both areas.

A good start would be to restore more progressive tax rates on the wealthy.

If we have learned anything from the past 15 years it should be that the ultra-rich in America have too much extra cash lying around and are trying to find things to do with it, resulting in very damaging political and economic speculation.

Let’s help them make better choices by taking away some of the cash they clearly don’t need or plan to use on real investments.

The United States should tax higher marginal incomes and capital gains at a much greater rate and then use that money to invest in stabilizing social programs that lift people out of poverty, to repair and expand infrastructure that will facilitate growth of the middle class through small and medium-sized businesses and to restore our consumer economy.

In the end, this real economic growth will probably still make the ultra-wealthy richer, even if not by the same leaps and bounds.

Meanwhile, if some of them decide they truly want to use their money to create jobs, they can simply keep more of it inside those corporations that actually create the jobs, rather than being obsessed with paying themselves massive executive salaries.

The money a company makes isn’t taxed as the CEO’s personal income if it never leaves the corporation in the first place, so there’s nothing to stop a billionaire from creating jobs if determined to do so. Just accept a lower salary and reinvest the difference in new jobs.

But to reform global finance and reform campaign finance comprehensively, we Americans have to tax our wealthier citizens more for their own good. After all, friends don’t let billionaire friends spend all night at the roulette wheel.

The source of the problem: Too much cash lying around for people who can afford to throw it around.

It’s time to fix the problem of excessive money being available to US investors, whether financial or political.

The lesson of the past 15 years should be that the ultra-rich in America have too much extra cash to burn through.

Billionaires trying to find things to do with extra cash results in damaging political and economic speculation.

We Americans have to tax our wealthier citizens more for their own good.

The source of the problem: Too much cash lying around for people who can afford to throw it around.

It’s time to fix the problem of excessive money being available to US investors, whether financial or political.

The lesson of the past 15 years should be that the ultra-rich in America have too much extra cash to burn through.

Billionaires trying to find things to do with extra cash results in damaging political and economic speculation.

We Americans have to tax our wealthier citizens more for their own good.

Climate Change as Terrorism Against the People