The Roots of the EU-U.S. Role Reversal 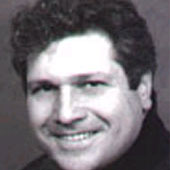 Despite what many Europeans and some Americans believe, the differences in strategic culture across the Atlantic do not spring naturally from the national characters of Americans and Europeans. After all, what Europeans now consider their more peaceful strategic culture is, historically speaking, quite new.

It represents an evolution away from the very different strategic culture that dominated Europe for hundreds of years — and at least until World War I.

The European governments and peoples who enthusiastically launched themselves into that continental war believed in machtpolitik.

While the roots of the present European worldview — like the roots of the European Union itself — can be traced back to the great era of enlightenment, Europe's great-power politics for the past 300 years did not follow the visionary designs of the philosophers and the physiocrats.

As for the United States, there is nothing timeless about the present heavy reliance on force as a tool of international relations. Nor about the tilt toward unilateralism and the move away from a devotion to international law. Americans are children of the enlightenment, too. And in the early years of the republic were more faithful apostles of its creed than the Europeans.

As a matter of fact, America's 18th- and early 19th-century statesmen sounded much like the European statesmen of today. They extolled the virtues of commerce as the soothing balm of international strife. And they appealed to international law and international opinion over brute force.

True, the young United States did wield power against weaker peoples on the North American continent. But when it came to dealing with the European giants, it claimed to abjure power. And sure enough, it assailed as atavistic the power politics of the 18th- and 19th-century European empires.

Two centuries later, Americans and Europeans have traded places — and perspectives. Partly this is because in those 200 years, but especially in recent decades, the power equation has shifted dramatically: When the United States was weak, it practiced the strategies of indirection, the strategies of weakness. Now that the United States is powerful, it behaves as powerful nations do.

When the European great powers were strong, they believed in strength and martial glory. Now, they see the world through the eyes of weaker powers.

These very different points of view — weak versus strong — have naturally produced differing strategic judgments. They also lead to differing assessments of threats, of the proper means of addressing threats — and even differing calculations of interest.

What is not properly understood, however, is that Europe has been militarily weak for a long time. But until fairly recently, its weakness had been obscured. World War II all but destroyed European nations as global powers.

And their post-war inability to project sufficient force overseas to maintain colonial empires in Asia, Africa and the Middle East forced them to retreat on a massive scale. This retreat came after more than five centuries of imperial dominance — and is perhaps the most significant retrenchment of global influence in human history.

For a half-century after World War II, however, this weakness was masked by the unique geopolitical circumstances of the Cold War. Dwarfed by the two superpowers on its flanks, a weakened Europe nevertheless served as the central strategic theater of the worldwide struggle between communism and democratic capitalism.

Europe's sole, but vital strategic mission during this period was to defend its own territory against any Soviet offensive — at least until the Americans arrived. Although shorn of most traditional measures of great-power status, Europe remained the geopolitical pivot.

This, along with lingering habits of world leadership, allowed Europeans to retain international influence well beyond what their sheer military capabilities might have afforded.

Europe lost this strategic centrality after the Cold War ended. But it took a few more years for the lingering mirage of European global power to fade.

During the 1990s, war in the Balkans kept both Europeans and Americans focused on the strategic importance of the continent and on the continuing relevance of NATO. The enlargement of NATO to include former Warsaw Pact nations and the consolidation of the Cold War victory also kept Europe in the forefront of the strategic discussion.

But this is only part of the answer. For along with these natural consequences of the transatlantic power gap, there has also opened a broad ideological gap.

If the strategic chasm between the United States and Europe appears greater than ever today — and grows still wider at a worrying pace — it is because these material and ideological differences reinforce one another. Even more significantly, the divisive trend they together produce may be impossible to reverse.

This essay was adapted from a longer text that originally appeared in Policy Review.