Trade Deals and the Pursuit of Geoeconomics

Will trade deals such as TTIP and TPP change the world economic order for the better? 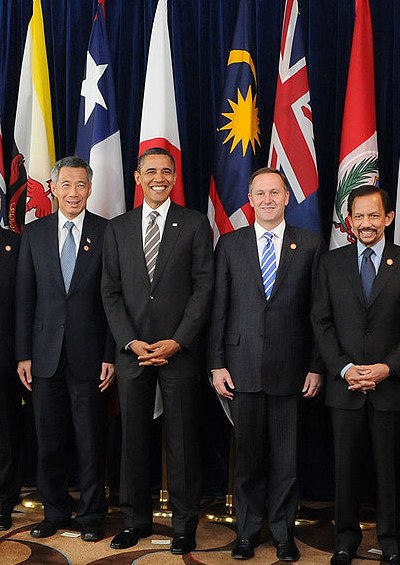 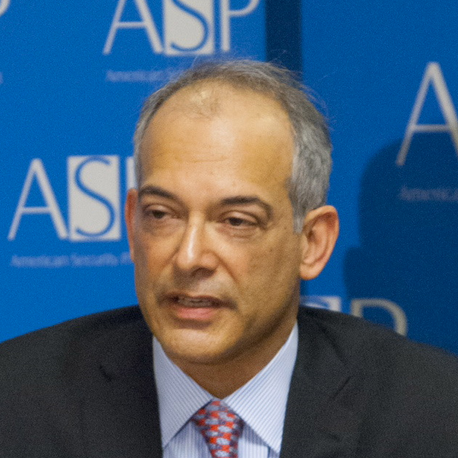 As the U.S. Congress debates whether to provide President Obama with Trade Promotion Authority, or “fast track,” to negotiate the Trans-Pacific Partnership (TPP) and the Transatlantic Trade and Investment Partnership (TTIP) effectively, it is important to remember what these deals are about.

Trade deals must make sense on their economic merits, and there is ample evidence that in the United States both export-related jobs and jobs in companies owned by foreign investors pay higher wages than the average.

As these deals open new markets for U.S. goods – and open the U.S. market to investment from abroad – they will create more widely based prosperity.

But beyond these more traditional benefits from trade liberalization, there is something else at stake in these two sets of negotiations. For the first time, the United States is pursuing trade deals under conditions of what could be called “hyper-globalization.”

Trade and investment are linking countries in a way that not only matches, but goes far beyond what was seen in that halcyon period before World War I when, as the economist John Maynard Keynes wrote, “The inhabitant of London could order by telephone, sipping his morning tea in bed, the various products of the whole earth, in such quantity as he might see fit, and reasonably expect their early delivery upon his doorstep.”

No, economic interdependence did not prevent the Great War from occurring then, and it is not a guaranteed insurance policy against inter-state conflict today. But unlike 100 years ago, now countries, companies and people are intertwined not only by goods that flow either in or out of one particular market.

Today, goods travel back and forth several times, in and out of multiple markets, each time adding inputs before final assembly, export and consumption. It is no longer so clear what is an import and what is an export, and what national label should be fixed on the back of a mobile phone, car engine or medical device.

This phenomenon of global value chains has not only reshaped the way that trade and investment take place, but has also changed the way countries can pursue their national interests.

For in a hyper-globalized world, where every country harbors companies that are actual or potential commercial partners, a government must think twice before engaging in direct conflict that could damage its own interests as much as those of a country somewhere across the globe.

A new layer of international relations

At the same time, because of this complex web of interdependence, governments have new trade and economic levers they can pull to pursue their geostrategic goals – they can engage in the practice of geo-economics.

A modern trade agreement, for example, one that covers an unprecedented range of commitments including the rule of law, the role of the state in the economy, investment protection, Internet freedom and environmental and labor standards, can do as much to cement common interests between two countries as a formal political or military alliance.

But it is not only that we are witnessing the rise of an age where the more indirect art of geo-economics can be as effective as the more confrontational one of geopolitics.

What also characterizes today’s international economic system is its diversity – the coexistence of a range of economic models, from statist to free-market to somewhere in between. Think of China or Russia in the first category; the United States, the EU or Japan in the second; and in the third, countries like Brazil or India – strong democracies, but ones that do not readily fit into either economic mold.

China’s rise is the most notable event in this context. But discussions about how to engage with a China that will soon become the world’s largest economy would not be so focused if it were like a large Switzerland, firmly committed to the rule of law and a free-market economy. It is as much China’s distinct way of organizing its economy as its size that gives rise to debate.

It is true that nearly all countries trade and invest with each other today despite differences in their economic models. And that is a welcome phenomenon, because it maximizes global welfare.

But because of diverging concepts of how both domestic economies and the international trading system should be organized, there is a need to find a minimum of common ground that levels the playing field, allowing companies to compete fairly (or to cooperate to greatest positive effect).

This is where the two mega-regional trade deals, TPP and TTIP, come in. In the best of all worlds, it would be the World Trade Organization (WTO), the multilateral body with nearly universal membership, that would determine how to structure international trade.

But because of the increasing diversity in the global economy, the WTO’s Doha Round of trade negotiations has been in low gear for several years now. It has not been possible to find consensus among such a large number of countries that span the full range from statist to market economy and points between.

In retrospect, it does not appear a coincidence that the term BRICs – which has become a kind of shorthand for the rise of emerging economies – was coined in November 2001, the same month that the World Trade Organization launched the current Doha Round of trade negotiations.

For there is no denying that as a result of their strong rates of growth, the BRICs (or BRICS, adding South Africa to Brazil, India, Russia and China) and other emerging economies now carry more relative weight in the global economy, and are better able to have their diverse voices heard in the WTO.

This is a natural state of affairs, and one that has raised millions out of poverty, but it has complicated the task of global economic governance.

Neither TPP nor TTIP was the cause of the WTO’s current woes, or of the increasing diversity of the international economic system, but rather reasonable responses to it.

Within a challenging international economic landscape, these deals are not an end run around the multilateral system. They rather aim to create a multi-speed approach to trade reform and liberalization.

This approach would be faster within these regional trade deals where like-minded countries can make quicker progress and slower in multilateral ones where the complexity of the trading system is fully present. But all would be heading in the same direction of a more integrated international trading system.

Neither the Trans-Pacific Partnership nor the Transatlantic Trade and Investment Partnership is a closed shop. Both are in principle open for other countries to dock onto if they can meet their rules governing investment, innovation, digital commerce, the environment, labor and other areas.

Countries like Korea or Colombia are natural candidates to join TPP, just as Switzerland, Norway and Turkey may seek to join TTIP once it is concluded. And these countries are only a start: Eventually, TPP and TTIP can serve as a model for how trade can be organized at global level.

This is an optimistic vision and there should be no turning back. A world without TPP and TTIP would mean neither the status quo nor even more protection against the challenges of hyper-globalization.

It would mean a world of greater international economic disorder, one without rules reflecting U.S. values and consonant with U.S. interests, and where the fate of U.S. companies and workers would increasingly be determined by others. It’s time to seal the deals.

TTIP and TPP represent the advent of an age of “hyper-globalization.”

New trade negotiations over TPP and TTIP represent a world dominated by interdependence.

The challenges to the World Trade Organization signal a new age in international relations: The age of geoeconomics.

We live in an age of unprecedented economic diversity: both statist and free-market systems exist side-by-side.

A world without TTIP and TPP would mean a world of greater international disorder. It’s time to seal the deals.

TTIP and TPP represent the advent of an age of “hyper-globalization.”

New trade negotiations over TPP and TTIP represent a world dominated by interdependence.

The challenges to the World Trade Organization signal a new age in international relations: The age of geoeconomics.

We live in an age of unprecedented economic diversity: both statist and free-market systems exist side-by-side.

A world without TTIP and TPP would mean a world of greater international disorder. It’s time to seal the deals.

Germany-UK: Making Up for a Lost Century