U.S.: Rich Get Richer, Everyone Else Pays Taxes

How capital rules the tax code and labor pays the bill. 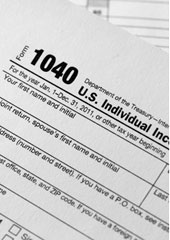 1. The 400 people with the highest adjusted gross incomes In the United States made, on average, $202 million each in 2009, according to IRS data.

2. The top 400 paid an average U.S. federal tax rate of less than 20%, far lower than the top bracket’s marginal income tax rate of 35% then in effect.

4. The 1% – including affluent upper-middle-class taxpayers – paid on average just over 24% of their adjusted gross income in federal tax.

6. The 0.01% pays much lower average rates than their annual earnings might suggest because their income is dominated by capital gains and dividends.

7. As long as those forms of income are taxed at a preferential rate, the rich are going to benefit the most.

8. President Reagan championed taxing capital gains at the same rate as earned income, part of his 1986 tax reform, which lowered overall rates by broadening the tax base.

9. There’s nothing magical about capital gains from an economic point of view.

10. Recently, Bill Gross, billionaire co-founder of investment management firm PIMCO, wrote that, “The era of taxing ‘capital’ at lower rates than ‘labor’ should now end” because it is unfair.

“The era of taxing ‘capital’ at lower rates than ‘labor’ should now end.” -- Bill Gross (PIMCO)

“The era of taxing ‘capital’ at lower rates than ‘labor’ should now end.” -- Bill Gross (PIMCO)

A Tale of Three Americas