U2’s Activism: From Innocence to Experience

How an Irish rock band turned raw activism into a refined lobby for good.

How an Irish rock band turned raw activism into a refined lobby for good. 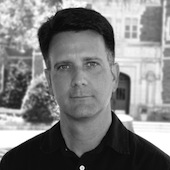 Alan McPherson is the ConocoPhillips Petroleum Chair of Latin American Studies and Director of the Center for the Americas at the University of Oklahoma. Follow him @AlanMcPherson1

Legendary Irish rock band U2 is in the midst of a triumphal tour of North America. Called “Innocence + Experience,” the tour’s moniker could also characterize the band’s evolution as activists.

Casual observers could be forgiven for thinking of U2 as merely a “benefit” band, haranguing audiences in concert after concert about its causes.

But over time, the band’s activism has grown more direct and effective. In fact, it has shown the way not only to other cause-oriented musicians and celebrities, but also to traditional activists.

U2’s most important advance is the institutionalization of its activism in the last decade. In 2004, Bono and 11 organizations formed ONE, and in 2008, it merged with DATA, Bono’s omnibus project against debt and AIDS and in favor of trade and Africa.

ONE embraced all of DATA’s causes and added a concern for making more transparent the activities of mining, oil, and gas corporations.

Learning how to lobby

Its strategy was to help pass laws that pressured these corporations to disclose all payments they made to governments. “One of the biggest obstacles is corruption,” said Bono. “There is a cure for that—a vaccine. We call it transparency . . . it’s really a revolution. A transparency revolution.”

In particular, he championed the Lugar-Carding amendment of the Dodd-Frank bill passed by the U.S. Congress because “now energy companies traded on American exchanges will have to reveal every payment they make to government officials.”

As always, ONE used Bono to drum up media attention. The name originated in the desire for western governments to devote 1% of their budgets to foreign aid (they were at about a third of that). But it was also logical to take the organization’s name from one of U2’s most beloved songs. Its lyrics have been reinterpreted to invoke unity among peoples.

During the performance of the song on U2’s 2005 tour, Bono usually took breaks from singing to discuss projects “to make poverty history” and ask concertgoers to sign up with their cell phones. (Notably, there was a 14-minute break during a Washington DC show, as drummer Larry Mullen, Jr., informed him grumpily.)

Bono also transformed the vague lyrics of “Where the Streets Have No Name” to describe “this notion, the journey of equality . . . a journey to that other place. . . . That lyric was written in a dusty field in northern Ethiopia. And I can finally make sense of it.”

With the help of Bob Geldof, Bono pressed his ONE case to U.S. and European audiences by guest-editing special issues of The Independent (UK), Vanity Fair (US), Libération (France), Asashi Shimbum (Japan), Bild (Germany), La Stampa (Italy), and The Globe and Mail (Canada) in addition to BBC Radio 4’s “Today” show.

Bono regularly penned op-eds and open letters in the world’s leading newspapers, and appealed to tens of millions on television, attracting tens of thousands of new members for ONE.

ONE perpetuated Bono’s successful lobbying. In July 2005, after millions had joined the campaign, ONE urged members to contact their US senators to support a $100 million AIDS and Malaria amendment. Twenty-five thousand calls poured in, and the amendment passed.

By 2007, the network had received $22 million from the Bill and Melinda Gates Foundation, and both the Republican and Democratic National Committees had endorsed its campaign against child hunger in Africa.

That same year, Bono said that ONE “is becoming like the National Rifle Association in its firepower, but acts in the interests of the world’s poor.”

In the evolution of U2’s activism, ONE marked a seminal moment. Thought it was originally called a “campaign,” ONE was not dedicated to a short-term goal but rather became a full-blown, permanent advocacy organization. Its leadership includes establishment figures from politics and philanthropy. Its staff lobbies legislatures, raises funds, and produces policy briefs.

It institutionalized the work of Bono, who in the late 1990s had piggybacked onto the Jubilee 2000 debt-reduction campaign as little more than a spokesperson. Now his good works were the full-time occupation of a permanent staff and devoted leaders. In theory, they should be able to continue long after the singer leaves the organization.

By 2014, ONE had 4 million members. It claimed to have helped increase the number of Africans under AIDS medication from 50,000 in 2002 to 7.5 million and “helping secure $95 billion in debt relief for poor countries over the past decade.”

In 2013, Bono noted that the percentage of those living in extreme poverty on the planet had fallen from 43 percent in 1990 to 21 percent in 2010. If this trend continued, he predicted, extreme poverty would be eliminated by 2030.

The Global Fund to Fight AIDS, Tuberculosis and Malaria, known simply as “the Global Fund” and to which ONE contributed, “saves a staggering 4,000 lives a day,” he added.

Finally, ONE helped usher in activist trends such as mega-philanthropy and corporate social responsibility.

ONE’s challenge will always be to gather experience while holding on to Bono’s cherished innocence.

Editor’s Note: Alan McPherson is the author of The World and U2: One Band’s Remaking of Global Activism (Rowman & Littlefield, June 2015).

An Irish rock band turned raw activism into a refined lobby for good.

ONE helped usher in activist trends such as mega-philanthropy and corporate social responsibility.

Bono said ONE campaign has the NRA’s firepower “but acts in the interests of the world’s poor.”

ONE’s challenge will always be to gain experience while holding on to Bono’s cherished innocence.

Alan McPherson is the ConocoPhillips Petroleum Chair of Latin American Studies and Director of the Center for the Americas at the University of Oklahoma. Follow him @AlanMcPherson1

An Irish rock band turned raw activism into a refined lobby for good.

ONE helped usher in activist trends such as mega-philanthropy and corporate social responsibility.

Bono said ONE campaign has the NRA’s firepower “but acts in the interests of the world’s poor.”

ONE’s challenge will always be to gain experience while holding on to Bono’s cherished innocence.

EU: On the Road to a Tallin Treaty?