Ukraine: Something Is Happening Here…

After using the Russian invasion diligently for plenty of international support, Ukraine’s elites aren’t holding up their side of the bargain: They keep ruining their country. 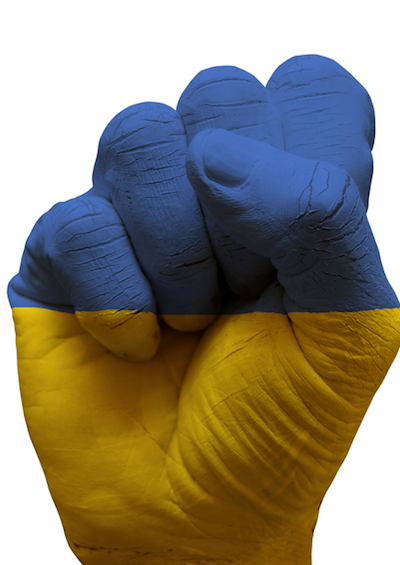 Ukraine’s President, 51-year old Petro Poroshenko – or Porky, as he is known to all Ukrainians – is at single digits in the polls. With elections scheduled for 2019 that cannot sit well with the oligarch-turned-president.

But in their assessment of him, Ukrainians are simply echoing the disdain that, all smooth-talking rhetoric aside, he has shown them. Remember that he promised to divest himself of certain assets – presumably acquired “legally” once he was elected.

What has happened is the opposite. His group has acquired more state assets at below rock-bottom prices. His firms are already lined up at the trough to gobble up all kinds of stuff in the coming wave of privatizations that the IMF has instructed the county to carry out.

Porky is pretty much the chocolate king of Eastern Europe and the CIS. People on the ground tell me that his three most profitable chocolate factories are in, yes, Russia…

All that sweet stuff can’t obscure the harsh realities. Real wages of workers have been chopped by more than half over the last three years. The emerging middle classes have been crushed.

Meanwhile, friends dinning last night at the Bodrum marina on the sparkling Turkish Mediterranean shore reported that eight of the eleven mega yachts currently moored in harbour were Ukrainian.

So much for the mystery of all those billions of former state assets which today are firmly in the hands of a very tiny coterie of oligarchs, each with his private militias and puppets in the cabinet.

Estimates of what has been stolen tops a trillion dollars, and — surprise, surprise — not one penny has been recovered…

From sources in Berlin, I am hearing that the German government is beyond being frustrated not only by the complete failure to address corruption of the past, let alone to slow the rampant expansion of corruption of the last few years. Germany has been a key supporter of the Kiev regime, but that support can no longer be taken for granted.

I was in a restaurant for lunch yesterday, in Kiev, when a fleet of black SUV’s raced up right to the front door, out popped a dozen machine gun toting thugs, some of whom barged into the restaurant to check the place out, with the rest taking up positions around the restaurant.

After this initial dance was finished, a gentleman in mid-50s, head shaved, blue suit, dark sun glasses, stepped out of one of the vans, followed by a most lovely lady, I would say about mid-20s.

Together they entered the restaurant for lunch. The waiters could not have been more deferential. We decided to leave without dessert…

Such gun-toting precautions are part of the high stakes of oligarch life in Ukraine. Just this past Wednesday, one of lads and his catwalk superstar companion were blown to bits as their armored limo passed over a landmine planted at an intersection in the center of Kiev.

Mikheil Saakashvili, the former President of Georgia, who became a Ukrainian citizen three years ago, when he was appointed governor of the mob-infested Odessa region, and then fell out spectacularly with Porky, was stripped of his Ukrainian nationality last week.

All of this happened as he arrived at the Polish-Ukraine border with a group of a few hundred supporters, including three leaders, who once supported Porky, but who are now in full opposition to the regime.

After being refused entry at two or three crossing points, the group simply over-ran a border post, while the local troops stood down. Since that gate-crashing entry, Saakashvili has been touring the country, making rabble-rousing speeches against the “completely corrupt” regime, “the worst the country has ever known.”

Very few on the ground would disagree with that statement. You thought it was bad before? Ask virtually any person in business or man or woman on the street, and the common view is that the current Kiev regime is the most corrupt and the most incompetent the Ukraine has known since the collapse of the Soviet Union. The degree of popular trust has fallen virtually to zero.

Perhaps not so coincidentally, before embarking on his current cross country pied piper tour, Saakashvili spent a few months in the United States and then in Germany.

Yulia Tymoshenko, the former Prime Minister of Ukraine (and erstwhile Presidential candidate) as well as other formerly pro-Porky-regime-now-anti-Porky regime leaders have also been on the Berlin-D.C. shuttle.

It is highly unlikely that these developments are happening without at least a wink and a nod from Washington and Berlin.

Are the oligarchs also starting to turn … against Porky (but not pork)?

None of these antics could be happening without the support of key oligarchs. I am hearing, they are the source of the funds as well as the armed militia protecting Saakashvili and organizing the crowds as they rabble rouse around the country.

People on the ground who would know these things indicate that some of the dozen or so oligarchs who control the country have split with Porky over the coming privatizations.

I have no idea where this goes, but as I prepare to leave Kiev this morning, there is talk of a massive rally being held in the city in the coming days aimed at toppling the regime.

Yulia Tymoshenko — who did time for taking big payoffs from Russia — is figure heading one way or another. And she must be hoping to be Ukraine’s next president at long last.

Whether or not this scenario bears out, something is happening. In the cesspool that is Ukraine’s politics and economy, virtually anything can happen.

The days of accountability and transparency in Ukrainian government and business, for all the effort and high hopes that Western governments invested, and despite the heroic efforts of some Ukrainians, mostly from the young generation, seem to be for naught.

There are tons of talented, hard working, thoughtful, realistic people in country. But today they are perhaps further from achieving a “normal” country than ever in the past.

Ukraine’s President, 51-year old Petro Poroshenko, is at single digits in the polls.

Real wages of workers have been chopped by more than half over the last three years.

Germany has been a key supporter of the Kiev regime, but that support can no longer be taken for granted.

The current Kiev regime is the most corrupt and incompetent since the collapse of the Soviet Union.

Ukraine’s President, 51-year old Petro Poroshenko, is at single digits in the polls.

Real wages of workers have been chopped by more than half over the last three years.

Germany has been a key supporter of the Kiev regime, but that support can no longer be taken for granted.

The current Kiev regime is the most corrupt and incompetent since the collapse of the Soviet Union.