What Comes After the Second Gilded Age?

Stagnation and inequality could lead to a Second Progressive Era in the United States – or something far more dangerous instead. 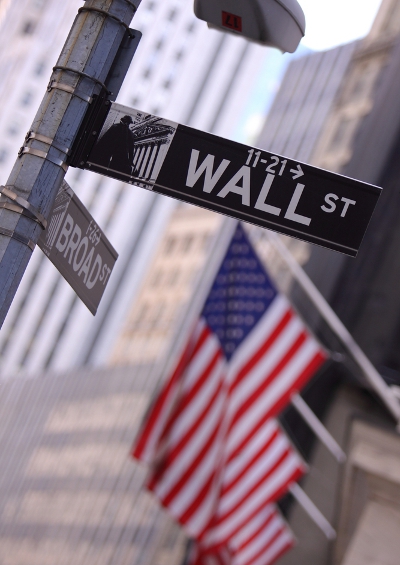 One of the latest fads in the U.S. capital is to state that we are living in yet another “Gilded Age.” This includes snappy parallels like “If Data is the New Oil, Is Bezos the New Rockefeller?”

The reason for the comparison is clear: Income for the top 1% of Americans grew 275% from 1979 to 2007 as most Americans stagnated – and the disparity worsened after the recession.

Then as now, there was always such an irony in calling that era The Gilded Age because, in reality, it was of course a decades-long economic depression that was marred and marked by massive deflation. Then as now, only the top echelons of the financial class experienced the “gilded” benefits.

The intermittent depression that gripped the United States reflected changes from the Second Industrial Revolution. Despite the booms for the rich and busts for the common person, rail and long-distance communications expanded dramatically, production machinery became more sophisticated and electrification began – all during this phase of industrialization.

The prices of many consumer goods fell as corporate conglomerates consolidated and mechanized, and wages for the growing waged-labor population faltered and often fell. As well, a seemingly endless supply of labor began migrating into U.S. cities from abroad and from rural areas. Farms in the American West increasingly struggled due to climate shifts.

In many respects, life was improving, at least by many statistics and economic indicators, particularly when calculated in hindsight by our modern-day metrics. But, as with today, ordinary people were struggling desperately throughout this entire period of nearly a quarter-century (1873-1896).

It is obvious that there are some deep parallels to the present-day situation: economic growth is nominally present, the gains are diverted strictly upward, the cost of living is rising, consumer goods are getting cheaper and wages are stagnating.

Corporate mergers, regulatory capture and political influence-buying round out the picture. There are violent clashes between police and the poor, renewed labor strikes and terrorist attacks.

Back then, in the face of obviously mounting public discontent and emerging successes of prairie populists and urban socialists, a concerned governing elite (and grassroots reformers) eventually emerged to form the Progressive Movement.

In the 1890s and early 1900s, politicians such as William Jennings Bryan of the Democrats and Teddy Roosevelt of the Republicans reconfigured both major parties toward a more populist outlook and made a space in their parties for the Progressives to gain a foothold.

Not everything the original progressives supported came to fruition in the United States, but many common sense ideas did.

A progressive income tax was established to combat inequality. Clean government and citizen-democracy laws were passed to try to end the open corruption of elite politics.

More ambitious ideas arising toward the end of the movement, such as public provision of housing for all, never came to pass in the United States but were discussed.

But throughout the Progressive Era, there was still the ongoing background noise of global imperial adventurism, as well as social repression and social violence.

Teddy Roosevelt in particular was the perfect incarnation of how the drive toward global imperial adventurism paralleled the domestic reform agenda. But he only was only building on the earlier anti-indigenous repression in Hawaii and the American West during the Long Depression.

That violent adventurism benefited the corporations and their shareholders, but not the American people at large, very few of whom owned shares – something true to this very day!

In the end, as the European political collapses of 1914-1918 proved after a similar cycle of depression and democratization, reforms and adventurism do not really address the underlying discontent forever.

With every passing year of this decade, and the twenty years prior, it is clearer that for ordinary Americans, the Long Depression is back for them and the Gilded Age for the elites.

So: What comes after this Gilded Age? A radical transformation of the economy and society, to the left or right? A Second Progressive Era of reforms coupled with decreasingly effective distractions at home and abroad?

Or, as was the case in Europe in 1914, a violent collapse – but this time happening in the United States, which – also to this day – is lacking social safety nets and where the reigning Republicans – straightforward and eager-to-please servants of the upper-most class – are determined to remove whatever small net there is?

Donald Trump, the flamethrower, is certainly doing everything he can to bring about such a catastrophic result. But so far, the Democrats are not doing much better in recognizing the scale and depth of the economy’s problem.

The Gilded Age, like today, was marked by decades of upward wealth transfer and stagnation for workers.

The grotesque inequalities of the Gilded Age birthed the original Progressive movement. Is a new one on its way?

If a progressive movement like the 1890s does not emerge in the US soon, a deep fracture may follow.

The Gilded Age, like today, was marked by decades of upward wealth transfer and stagnation for workers.

The grotesque inequalities of the Gilded Age birthed the original Progressive movement. Is a new one on its way?

If a progressive movement like the 1890s does not emerge in the US soon, a deep fracture may follow.