A Hard Reckoning for the Democrats: Race, Class and Joe Biden’s Election

That Democrats only defeated Donald Trump by so narrow a margin suggests that they need to re-think their political strategy big time. 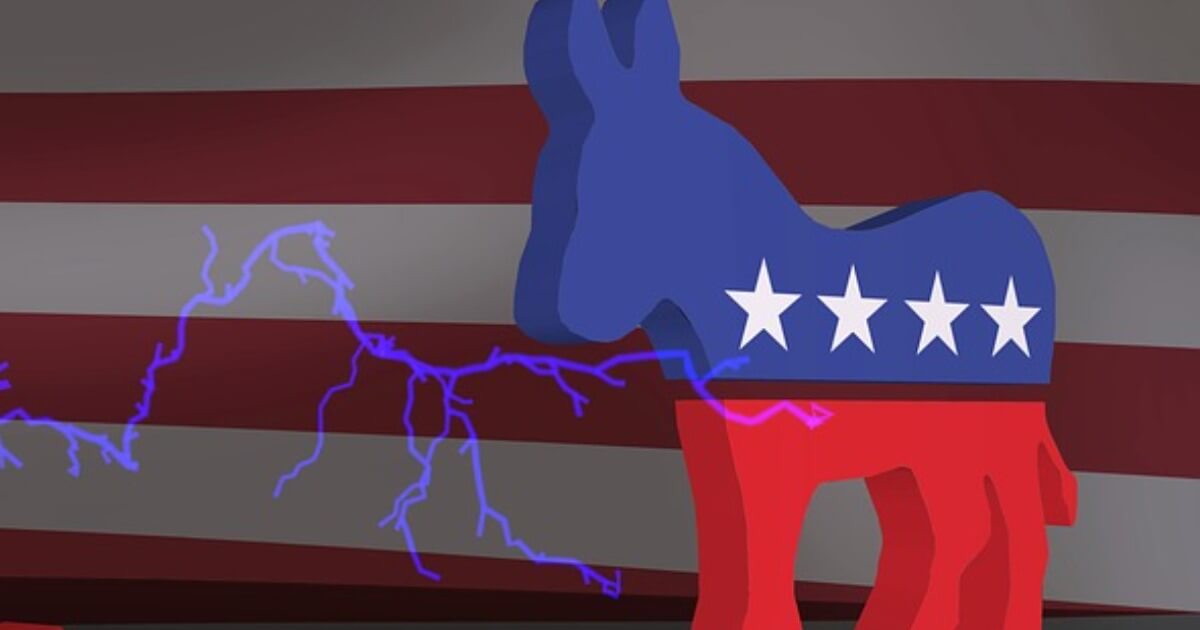 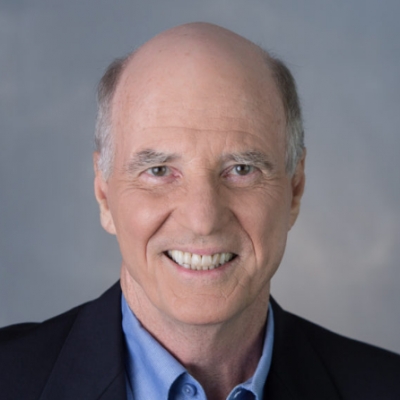 Joe Biden and the Democrats did not win the November election decisively enough to drive Donald Trump’s neo-fascist threat back to the shadows.

Trump — despite four years of corruption, incompetence and often clownish behavior — actually increased his share of the popular vote.

The Republican Party that he remade largely into a weapon for his own personal ambition will probably win at least one of the two run-off elections in January, allowing it to keep control of the U.S. Senate.

Republicans also added seats in the U.S. House of Representatives. They held on to a majority of state legislatures as well.

That allows them for the entire next decade to control the redrawing of political boundaries to their advantage.

And thanks to Donald Trump, six of the nine justices on the U.S. Supreme Court are conservative or reactionary Republicans. Several of them are bound to serve for another three decades — or more.

What does Biden’s success realistically mean?

Under a President Biden, the behavior of the U.S. government will certainly be more rational and progressive.

But the country’s deep political divisions will make it harder for the new U.S. president to deal with the multiple crises at home, such as the COVID 19 pandemic, the economic recession and deepening racial divisions.

Polarized domestic conflicts will also make it harder for Biden to address problems abroad, such as global warming, terrorism and relations with China, Russia and Iran.

Democrats have to re-think their strategy

By any objective standard, Donald Trump is the worst president in U.S. history. That Democrats were only able to defeat him by so narrow a margin suggests that Democrats need to re-think their political strategy.

After the shock of Trump’s election in 2016, Democrats blamed Hillary Clinton’s failure to sufficiently mobilize the party’s base — white women and minorities.

This year, however, they made an enormous effort to reach those groups. And with the outpouring of young people into the streets in support of “Black Lives Matter,” Democrats predicted a huge turn-out at the polls.

They were correct. Democrats came out to vote for Biden in record numbers.

But so did the Republicans come out for Trump. Trump’s campaign used exaggerated images of violence and looting in the street demonstrations and it associated Democrats with radical demands to “defund” the police.

This campaign of fear went viral — and generated an almost equal increase in turn-out among Republican voters. Trump received a larger share of the votes of white women than in 2016.

The fading allure of demographic change

The disappointing election results also raise doubts about a widespread belief among Democrats that they are on the side of history because the population of non-whites — who tend to vote for Democrats — is growing faster than the population of whites.

Therefore, many Democratic leaders have assumed that they do not have to worry about losing white working class voters to the Republicans because whites will be less important in the future.

There are two problems with this theory:

First, the often-cited numbers are misleading in and of themselves. The well-known New York Times columnist Tom Friedman recently wrote: “sometime in the 2040s, whites will make up 49% of the U.S. population, and Latinos, Blacks, Asians and multiracial populations 51%.”

But Friedman, like many other political analysts, errs when he classifies the largest minority subgroup, Latin-Americans, as “not white.” In fact, at least 65% consider themselves racially “only” white.

Thus, if Latino-Americans are correctly classified (by their self-identification), whites will still make up 69% of the U.S. population by 2060.

So, if racial identity really determines voting behavior, then U.S. politics will be dominated by white people for a long time.

Second, the assumption that people will vote as a bloc according to their ethnic or racial identity is simplistic.

Yes, minorities still largely vote Democratic. Yet, despite Trump’s xenophobia and racism, a larger share of Latinos and black men voted for him this year than they did in 2016.

This had significant political impact. For example, the Democrats had hoped that the growth in Latino voters would win them the electorally important states of Florida and Texas. But they lost Florida again.

Why? Because conservative Cuban and Venezuelan-Americans voted Republican.

Democrats also lost Texas again. During the campaign, the Democrats had targeted their appeal to Latinos by emphasizing Trump’s mistreatment of immigrants entering illegally from Mexico and Central America.

But Mexican-Americans along the border supported Donald Trump because their jobs and wages are being undercut by the newer immigrants.

National polls showed that Latino-American voters thought jobs and health care, not immigration, were the most important issues for them.

The Republicans’ trap for the Democrats

White skin is still privileged in the United States of America and the Republican Party has increasingly pandered to racism. Democrats, for both moral and political reasons, must strongly support racial justice.

But in an overwhelmingly white society, they cannot attract the necessary sustained political support with a message focused on generalized white guilt.

Thus, for example, a majority of whites supported the Black Lives Matter movement against police brutality towards Blacks. But the support dropped sharply when demands rose for whites to pay reparations for past oppression of Blacks.

After all, several decades of stagnant wages, precarious employment and the erosion of upward mobility have left most whites in the United States today who must work for a living no longer feeling very “privileged.”

Republicans of course have been the major promoters of policies that have beneftted investors at the expense of workers. But, shamelessly and cleverly, they have diverted white working class anger toward minorities, protecting the country’s elites.

Most Latinos and black Americans are working class — like the majority of whites. And the data shows the economic problems of minorities are now more likely a function of their class than their race or ethnicity.

As economist Adolph Reed, an African American, puts it:

An engine of inequality

Thomas Piketty and others have shown that modern capitalism has become an engine for the expansion of inequality between capital and labor.

Thus, in the absence of substantial reform, incomes and opportunities for most working Americans — whatever the color of their skin — will continue to shrink.

Feeling abandoned by the Democrats

In a country where the social safety net is thin, this will inevitably continue to produce insecurity, frustration and anger, which demagogues like Trump know how to exploit.

Over the last few decades, the Democratic Party’s establishment forged an alliance with Wall Street financiers who are liberal on social issues — such as racial discrimination, immigration and abortion — but very conservative on economics.

One result was that Democratic leaders refused to help their trade union allies defend themselves against the sustained big business campaign to destroy organized labor. As union membership declined, the Democratic Party voter base shrunk.

Dishonestly, but effectively, Donald Trump presented himself as the people’s champion. On Twitter, he regularly denounced big business while his government provided it with tax cuts, subsidies and freedom from regulation.

One bizarre result was that throughout the campaign, voters saw the plutocrat Trump as better at creating jobs and prosperity than Biden.

Have Democrats really learned the lesson?

Biden’s less elitist style helped him with enough white workers to win three key Midwestern states that Hillary Clinton had lost. Still, had Donald Trump shown a minimum of competence in responding to the COVID 19 crisis, he could well have been re-elected.

Biden and his team say they have learned from their party’s past mistakes and now recognize the need to re-establish their economic credentials as the party of ordinary working people.

They have two years until the 2022 congressional elections to prove it. Historically, the president’s party loses seats in those “mid-terms.” But Biden cannot afford to lose any more.

Big tasks ahead for the Biden team

As President, Joe Biden will need to concentrate on these three challenges:

1. A rapid and efficient distribution of the COVID 19 vaccines, which will include changing the minds of the 40% of Americans who say they won’t take it.

2. Overcoming Republican Senate opposition to a $2-3 trillion government spending stimulus to provide the unemployed with income and to create new jobs.

3. Rescue and reform of the U.S. health care system that is cracking under the strain of the pandemic.

4. Raise the federal minimum wage, which helps all workers, especially minorities, who depend most on low-wage jobs.

If he does pull this off, Joe Biden will have the popular support to move on to broader domestic reforms and to shape a foreign policy that is better-suited to a world where the United States is no longer the hegemon.

Because Republicans will do everything they can to make the Biden presidency a failure, the Democrats’ disparate factions have to unite behind him in a “popular front” against the authoritarian right.

This may be hard for many on the Party’s left, but they have no choice. If Biden fails, they fail.

Trump has already indicated he wants to run again in 2024. He faces a host of legal and financial problems that may yet destroy his personal political future. But whether he runs or not, the reactionary right-wing following he has created will not go away.

And we can count on the next version of Donald Trump to be smoother and smarter than the first — and more dangerous.

The election gave us some clues to where U.S. democracy might be headed, but the question remains unanswered: Can Biden and the Democrats restore enough security and prosperity to the American working class to finally eradicate the neofascist political pandemic?

That Democrats only defeated Trump by so narrow a margin suggests that they need to re-think their political strategy big time.

Had Trump shown a minimum of competence in responding to the COVID 19 crisis, he could well have been re-elected.

Whether Trump runs in 2024 or not, the reactionary right-wing following he has created will not go away.

If racial identity really determines voting behavior, then US politics will be dominated by white people for a long time.

We can count on the next version of Trump to be smoother and smarter than the first -- and more dangerous.

Because Republicans will do everything they can to make the Biden presidency a failure, the Democrats have to unite behind Biden in a “popular front” against the authoritarian right.

That Democrats only defeated Trump by so narrow a margin suggests that they need to re-think their political strategy big time.

Had Trump shown a minimum of competence in responding to the COVID 19 crisis, he could well have been re-elected.

Whether Trump runs in 2024 or not, the reactionary right-wing following he has created will not go away.

If racial identity really determines voting behavior, then US politics will be dominated by white people for a long time.

We can count on the next version of Trump to be smoother and smarter than the first -- and more dangerous.

Because Republicans will do everything they can to make the Biden presidency a failure, the Democrats have to unite behind Biden in a “popular front” against the authoritarian right.