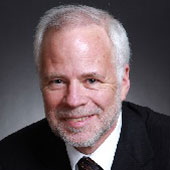 Considering the United States’ continuing economic turmoil, some very smart people argue that dollar depreciation and rebalancing the U.S. economy toward exports are ideas to be welcomed, not resisted.

Their argument is that the strong dollar that resulted from America’s exorbitant privilege of serving as the world’s reserve currency for well over half a century now has contributed to the hollowing out of the American manufacturing industry.

This, in turn, has set back improvements in efficiency, long a U.S. hallmark. All the while, other manufacturing-heavy economies, from Germany to China, have been sprinting ahead.

If only we pursued a weaker dollar strategy, then, the argument goes, the United States would be in a position to produce more manufactured goods for foreign consumption, instead of using the nation’s productive potential to prepare fast-food meals for American households (a curious strategy anyway, since they are eating out less).

With households tightening their belts (in both senses), there will be more good jobs and fewer “McJobs.” Another way of thinking about this change is as a shift in the composition of what America exports: from the derivative securities purchased by foreign central banks and private investors, toward John Deere earthmoving equipment, Boeing Dreamliners and — who knows — maybe even motor vehicles and parts.

This shift, as it is envisioned, would also help to redress the problem of income inequality, according to the advocates of a weaker dollar, since manufacturing uses more blue-collar labor than does the financial sector.

The growth of income inequality in the United States in the last decade was largely accounted for by the exceptional increase in the compensation of the top 0.01% of earners.

Suffice it to say that these folks were not assembly-line workers. A substantial share of that top-earning group was made up of the managing directors and executives of investment banks, hedge fund managers and private equity and venture capital professionals.

With the United States now producing and exporting fewer financial services, and with more blue-collar workers in good manufacturing jobs, it is believed, this trend will be reversed.

Moreover, other countries have boosted their manufacturing sectors by keeping their exchange rates low and exporting more of what they produce. The proposition is that the United States should meet fire with fire, not simply restraining the growth of labor costs à la Germany, but also actively lowering its exchange rate in the manner of China.

If only it were true. It would be nice if a lower dollar could miraculously rejuvenate American industry and create large numbers of manufacturing jobs, while narrowing income inequality.

But the circumstances of the United States are not the same as Germany’s. Having long been the producer of capital goods for much of Europe, Germany is a dominant supplier of production equipment, now also to emerging markets.

While it has other economic and financial problems, with a well-developed system of apprenticeship training providing legions of skilled mechanics, it never allowed its manufacturing sector to wither. Attempts to grow U.S. manufacturing employment would have a less favorable starting point.

The circumstances of emerging markets like China differ even more radically from those currently prevailing in the United States. China has been able to grow its manufacturing employment and raise the incomes of its unskilled masses by shifting rural peasants into assembly operations, where they can learn the requisite skills in a matter of days.

This is not unlike the situation in Highland Park, Michigan, a century ago when Henry Ford built the first assembly line. The simplicity of the technology used to produce the Model T, by our contemporary standards, made it possible to train workers, many of whom were immigrants or straight off the farm, in less than a week.

The situation in the United States today is different. Manufacturing has migrated to developing countries — thankfully so, for this is what we mean by economic development. The spread of industrialization is lifting two-thirds of the world’s population out of poverty.

Developing countries increasingly dominate industries that rely on unskilled and semiskilled labor that can be trained in a week, since this is what they possess in abundance.

This also means that the U.S. equivalent of China shifting a rural peasant into assembly operations is shifting a worker from the counter of a fast-food restaurant to the foundry of a semiconductor fabrication plant. But this is not how the world works.

Manufacturing activities in which the United States is internationally competitive require skilled workers, not hamburger flippers. Given time, more Americans can acquire the skills and training to work in a semiconductor fab. But the fundamental constraint is imparting the skills, not simply lowering the cost of their labor.

None of this should come as a surprise. If you ask which U.S. plants have shut down as a result of Chinese competition, the answer is low-productivity plants with lots of production workers. An exchange rate for the U.S. dollar that is, say, 30% lower is not going to be of much help to an unskilled or semiskilled worker in the United States competing head-to-head with Chinese labor, especially when labor productivity in China is growing by 6% per annum.

Ramping up U.S. exports is desirable on any number of grounds. But it will benefit mainly capital and skilled labor, since they are the factors used intensively in the production of those exports, not the unskilled workers whose jobs have migrated to developing countries.

Changes in exchange rates cannot solve all problems. If Americans are concerned, as they should be, with income inequality, they will need to address it through other means, be they changes in the tax code, caps on bankers’ bonuses or more investment in education and training.

Editor’s Note: This article originally appeared on The Globalist on December 16, 2011. Robert D. Atkinson of the Information Technology & Innovation Foundation will provide a counterargument in tomorrow’s edition of The Globalist.

This feature is reprinted from “EXORBITANT PRIVILEGE: The Rise and Fall of the Dollar and the Future of the International Monetary System” by Barry Eichengreen with permission from Oxford University Press, Inc. Copyright © 2011 by Barry Eichengreen.

Changes in exchange rates cannot solve all problems. If Americans are concerned, as they should be, with income inequality, they will need to address it through other means.

Some argue the U.S. should restrain the growth of labor costs à la Germany, and also actively lower its exchange rate in the manner of China.

When shifting a worker from a fast-food restaurant to a semiconductor plant, the fundamental constraint is imparting the skills, not simply lowering the cost of their labor.

Changes in exchange rates cannot solve all problems. If Americans are concerned, as they should be, with income inequality, they will need to address it through other means.

Some argue the U.S. should restrain the growth of labor costs à la Germany, and also actively lower its exchange rate in the manner of China.

When shifting a worker from a fast-food restaurant to a semiconductor plant, the fundamental constraint is imparting the skills, not simply lowering the cost of their labor.