When Did We Give Up on Governing Globalization? 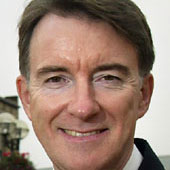 Globalization so pervades our economic lives that it is hard to have a political debate “about” it. But that does not change the fact that people feel insecure and are demanding that politicians act to mitigate that. To get this debate right, then, we need to understand how we got here.

By the 1990s, it was entirely commonplace to argue that it could only be counterproductive to interfere with market allocations of resources, whether at the level of national economies or in the massive sloshing tides of the global capital markets.

The two serious attempts to govern globalization in the first two-thirds of the 20th century — negatively through isolationistic, autarkic policies during the 1930s, and more positively through the Bretton Woods system between 1945 and the early 1970s — were both accounted to be failures.

So we embarked on a third attempt — not to govern globalization as such, but to actively expand its reach. The attempt at creating true governance structures was restricted chiefly to managing the social and economic consequences rather than trying to define and impose the desirable scope of globalization itself.

To some extent this approach was intellectually underwritten by the IMF, World Bank and OECD, and in many — but not by any means all — of the economics departments and business schools of Western universities. In the Anglo-Saxon world, it simply became the conventional wisdom.

Looking back, we can see that this approach did neither us, nor globalization itself, any favors. First, it was intellectually abstract and inflexible. In political terms, it often ignored the basic fact that preserving the conditions of open trade and open global markets is possible in a democracy only if we make those conditions sufficiently tolerable and beneficial that people do not vote to end them. Second, it oversold globalization, and ultimately made it harder to make a pragmatic case for openness.

It is not enough to pretend that globalization is simply irreversible and has to be tolerated. The reversals of the 1930s show that the direction of globalization can be changed by political and economic choices over which we have no shortage of control — if we choose to take them.

In the increasingly multipolar world in which we live, it is arguable that no single world view will emerge to define the way we manage globalization. But while the end of a world in which the West dictated the terms of globalization is not necessarily a tragedy, a world without a shared set of principles for managing globalization would be.

I am not naïve about the prospects for global governance, but I would argue for new rules accepted by developing and developed countries alike, because “no rules” is not a sustainable option.

To get there, we need to learn from the various failed attempts to govern globalization. These include protectionism, which failed absolutely, and the Bretton Woods system, which failed only in part and for more subtle reasons. We need effective states and governance to get the best out of globalization.

We also need a new approach to managing global imbalances — changes at the IMF, WTO and World Bank that both widen their governance to new powers and ensure they remain relevant, and a new, more defined role for the G20. And it means policies which help to avoid a “race to the bottom” on international taxation or a downward spiral of new protectionism.

The best place to start is in seeing globalization not from the perspective of an economic model, but from the ground, as it is experienced by billions of people every day. We need to understand what, from their perspective, is good about the economic world we have spent the last 20 years building and what urgently needs rethinking or fixing.

Editor’s note: This essay was adapted from the author’s introduction to The Third Wave of Globalization [PDF], a research report by Will Straw and Alex Glennie of the Institute for Public Policy Research (IPPR) in London.

The two serious attempts to govern globalization in the first two-thirds of the 20th century — first protectionism, then Bretton Woods — were accounted to be failures.

The reversals of the 1930s show that the direction of globalization can be changed by political and economic choices over which we have no shortage of control.

The two serious attempts to govern globalization in the first two-thirds of the 20th century — first protectionism, then Bretton Woods — were accounted to be failures.

The reversals of the 1930s show that the direction of globalization can be changed by political and economic choices over which we have no shortage of control.