Willful Ignorance on the Economy 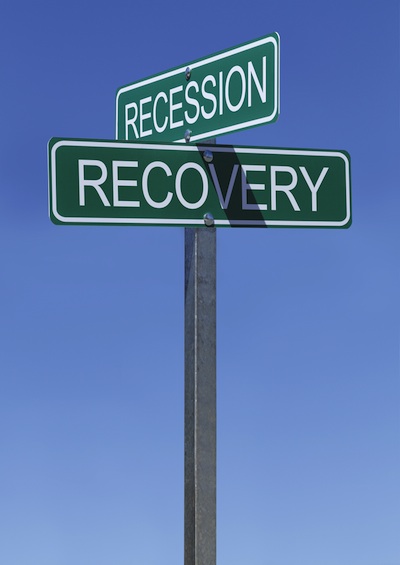 Around midday on January 20, 2009, Barack Obama was sworn in as President of the United States. At that moment, the dollar/euro exchange rate stood at $1.30. Today, nearly six years later, this key rate continues to stand at roughly $1.30.

What’s wrong with that, you may ask?

The answer is, “Nothing is wrong.” And you would be right to say that stable exchange rates and a dollar that has found parity on global markets is a good thing.

So, what’s wrong? What’s wrong is that starting approximately 30 days after President Obama’s inauguration in 2009, politicians and pundits on the Republican right started to state emphatically and with remarkable consistency that the Obama Administration, along with the U.S. Federal Reserve Bank, were employing policies that would substantially devalue the U.S. dollar – in fact, make it “worthless.”

Since then, right-leaning and right-wing U.S. media have breathlessly reported and highlighted every downtrend in the value of the dollar to prove their point. But then, when those downturns proved to be little more than normal cyclicality, they made little or no mention of the uptrends.

By embracing willful ignorance, the right has time and again managed to foist its brand of economic farce on a sometimes gullible American public.

Not only is willful ignorance evident in alarmist cries about exchange rates and other financial indicators. It also underpins the entire right-wing economic narrative of the Obama Presidency.

This narrative begins by grossly understating the severity of the economic events of 2008. According to the right, the crash was merely another cyclical downturn – one of the periodic pullbacks that have occurred with regularity throughout America’s economic history. This interpretation serves as the right’s foundation in its critiques of the Obama Administration

But such a view ignores the reality of those scarring economic events. It ignores the fact that, for the first time since 1929, the entire structure of global finance had become frozen.

Money markets had seized up. Eight of the ten largest U.S. banks were technically insolvent. Real estate, the primary form of U.S. savings, had become unsalable. Bond markets, stock markets and derivatives markets crashed. And companies started shedding jobs at the impossible rate of nearly a million a month!

Anyone even remotely connected to finance or the economy in 2008 recognized that, this time, the cyclical downturn was different. Yes, it was cyclical. But it was structural too, worse than any economic event since the onset of the Great Depression.

The right’s willfully ignorant view of the severity of the downturn empowered it to undermine the policies of President Obama. It gave commentators on the right the provenance to make all sorts of predictions and forecasts. They weren’t bothered that all of their economic scaremongering turned out to be wildly off base – and served to undermine confidence in the recovery.

According to the right, aggressive fiscal austerity would have hastened the recovery and prevented the Obama team from “ruining” the economy with its reckless policies.

But the policies of the Obama Administration have hardly ruined the economy. Today, five years after the crash, the U.S. economy is back on a much sounder footing and is growing stronger by the day.

Growth is solid and improving. Inflation is in check. Asset values have mostly been restored to pre-crash levels or above. And the Federal Reserve is about to finish its asset-purchasing program in November.

Even the U.S. employment picture is improving, in spite of serious structural impediments that the right conveniently ignores.

The reality here is that stubbornly high unemployment rates are fueled by globalization, which has fostered the migration of entire U.S. industries overseas, and by technological innovation. This has produced a rapid rise in worker productivity and created workplace dislocations not seen since the onset of the industrial revolution.

By willfully ignoring these important factors and focusing on the minutiae of each successive unemployment report – invariably highlighting the bad and ignoring the good — the right does a great disservice to the U.S. economic recovery.

For example, a positive employment report would be greeted with the inevitable “but they are not good jobs.” Of course they were not good enough jobs – good manufacturing jobs had already left U.S. shores and worker output was being cannibalized by technology and robotics.

But what makes this number abnormally high is that Americans are turning 65 at the rate of 10,000 per day – a factor beyond the control of any politician.

Finally, nearly every employment report since mid-2009 has been weakened by decreases in public sector employment. These decreases have taken place on the state level, especially in red ( Republican) states, where unemployment in general is higher than in blue (Democratic) states.

An unrelenting string of alarming economic forecasts was the right wing’s hammer in prosecuting its agenda. But none of these dire forecasts – not one of them –have come to pass.

On the value of the dollar, they were wrong. They were also wrong about commodity price levels, inflation, interest rates and GDP growth. I could go on, but you get the idea.

The Obama Administration has pursued sound policies with respect to the economy. These policies have been based not on strident ideology, as the right would have it, but on empirical observation of recovery from past economic cataclysms.

The Obama economic brain trust understands the Great Depression better than their right wing counterparts. They understand how the do-nothing approach of the Hoover Administration so undermined the economic system that true recovery became a remote aspiration.

They also recognize how conservative demands for fiscal austerity every time the economy started to gain traction undermined President Roosevelt’s stimulative economic policies and stalled recovery in its tracks time and again.

By the same token, U.S. economic policies under Obama have taken their cue from the more recent Japanese experience. There, “healthy” doses of fiscal austerity were periodically applied to rebalance the economy. Paired with an aging population and a steep increase in foreign competition, these policies turned a cyclical downturn into a “lost decade” – now in its twentieth year!

Fortunately, the U.S. economy is robust enough to pick itself up, dust itself off and move aggressively forward in spite of the political bickering that has become the lifeblood of Washington, D.C.

But a single fact remains: Had the right not engaged in willful ignorance to promote a highly ideological and entirely unproven economic agenda, a far more robust U.S. economic recovery may have manifested itself years ago.

The right was wrong in its long-term outlook for the dollar, but unwilling to admit that it was wrong.

By embracing willful ignorance, the right has time and again managed to foist its brand of economic farce.

The right was wrong in its long-term outlook for the dollar, but unwilling to admit that it was wrong.

By embracing willful ignorance, the right has time and again managed to foist its brand of economic farce.