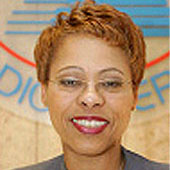 It took a while for women to convince some of the Islamic world's militant conservatives to allow them into the elite club of martyrs and suicide bombers. But now they are firmly inside and proving to be just as daring, just as determined — and even more capable of getting past security defenses.

Picture the 20-somethig Wafa Idris, looking like a student loaded with books in her backpack. She became the first Palestinian woman to die an istishhadiyah, the feminine version of the Arab word for suicide bomber.

Imagine the young, frail, Reem Raiyshi, limping toward Israeli guards at the Eretz crossing checkpoint. She became the first Palestinian mother of young children to willingly go to her death in a suicide bombing.

And consider the 19-year old Loula Abboud, a dark curl kissing her forehead and a golden cross around her neck. A Lebanese Christian, she was one of the first women to earn the title of istishhadiyah when she blew herself up in 1985 as Israeli troops moved in to capture her guerilla group near the town of Aoun in southern Lebanon.

Now, the Muslim world is engaged in hot debate, not over whether women are capable of the steely grit needed to blow themselves up — but whether Islamic law supports women as suicide bombers.

Although she was not the first istishhadiyah, Idris broke the ground for the Palestinian women in January 2002, when she blew herself up on Jaffa Road in Jerusalem.

She ignited the world-wide debate among Islamic scholars about whether Islam allows the istishhadiyah.

As the scholars continue to argue, dozens of women from Chechnya to Gaza have joined the ranks of suicide bombers — targeting even children as they did in the North Ossetian town of Beslan in September 2004.

To be sure, many of the most respected Islamic scholars condemn all forms of suicide bombings as un-Islamic. Abdulaziz bin Abdallah al Sheiks, the leading religious authority in Saudi Arabia, is among the many Islamic leaders who have ruled that Islam forbids suicide for men or women. They view anything stemming from suicide as against the religion's teachings.

Al Sheik declared in April 2001 that "any act of self killing or suicide is strictly forbidden in Islam" and consequently "the one who blows himself up in the midst of the enemies is also performing an act contrary to Islamic teachings."

But the late Sheikh Ahmed Yassin, once the spiritual leader of the Palestinian group Hamas, told his followers just the opposite. "There is a world of difference between suicide and martyrdom," he said. "It's the same action — but with different intent."

Yassin, who was killed in an Israeli raid in 2004, provided religious cover for Palestinian suicide bombers, declaring that their actions were fully supported by Islam. He did not initially support women for the role, proclaiming in a religious ruling in November 2001 that women were not needed.

"We can't fulfill the desires of all the men who want to become martyrs," Yassin told me in a private interview from his compound in Gaza. Before Israelis killed him in a raid on Gaza in March 2004, Yassin was one of the most vociferous supporters of suicide bombers. But he was careful to say that Islamic law would support only those that targeted Israeli military government positions.

Yassin and other militant Islamists — who severely restrict a Muslim woman's public role — were clearly uneasy about the emergence of the female suicide bomber. But they buckled under pressure from the Arab street, as writers waxed poetic about Idris' beauty and honor — even likening her to the mother of Jesus.

What really sold the militant Islamists on the istishhadiyah was their success in penetrating Israeli defenses. Despite the dozens of cases of women dying to kill, they do not fit the typical profile of a suicide bomber.

It could be a fatal flaw in the war on terror, however. In March 2003, the London-based al Sharq al Awsat publication carried a story in which it quoted a woman named Um Usama, who said she was the leader of the group's female fighters.

"My duty is to supervise the training of the women fighters who belong to al Qaeda and the Taliban," she said in the interview, warning that female suicide bombers were being trained for operations in the West.

Though she offered no Islamic credentials to support her interpretation of Islam's religious texts, Um Usama (Mother of Usama) spoke for herself and apparently for her army of al Qaeda women in declaring that "Islamic law permits the woman to stand by the man and to support him in the holy war."

It's impossible to confirm Um Usama's standing within al Qaeda, but her threat is worth taking seriously. The istishhadiyah is now fully engaged in the jihadist armies around the globe. We should expect them. Some might even come wearing crosses.