Which country has been the site of the most attacks on aid workers between 2008 and 2012? 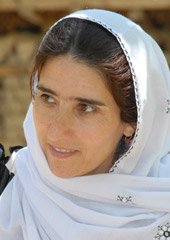 On July 13, 2013, UN Peacekeepers in the Darfur region of Sudan were attacked on patrol. It isn’t just UN peacekeepers who can fall victim to attacks as they go about their work in trouble spots around the globe. Delivering humanitarian aid is dangerous work as well. Workers are often among the first to enter areas that have been ravaged by conflict or disaster.

We wonder: Which country has been the site of the most attacks on aid workers between 2008 and 2012?

From 2008 to 2012, there were 60 attacks on aid workers in Pakistan, in which 150 workers were killed, wounded or kidnapped. One of the factors that made attacks in Pakistan (as well as in neighboring Afghanistan) unique was that they were often carried out using sophisticated and more lethal methods.

These kinds of attacks — which included the use of explosives and vehicle-borne suicide bombs followed by armed raids — were uncommon until the mid-2000s, according to Humanitarian Outcomes, an organization that counsels governments and aid organizations on humanitarian response efforts.

Worldwide, 745 attacks were carried out against aid workers between 2008 and 2012. The two most common forms of attack were shootings (207 attacks) and kidnapping (201).[/toggle]

The East African nation of Somalia has been in a state of civil war for over two decades. In 1991, a confederation of insurgent groups overthrew the country’s military government.

Over the past several years, as lawlessness and violence surged, particularly in the country’s south and central regions, aid operations and personnel have declined dramatically. Most international organizations have either withdrawn or scaled back their programs by using locally-hired contractors and local partner organizations.

The ongoing civil war in the Darfur region, which has also suffered prolonged droughts, has made Sudan one of the world’s worst humanitarian crisis areas.

Vast parts of the country are outside the reach of any effective government security. That — and the often adversarial relationship between the government and the Western aid organizations — has enabled militants and common bandits to attack aid operations with impunity.

Between 2008 and 2012, aid workers were the victims of 109 attacks in Sudan and South Sudan, which became an independent nation in 2011. Over the past decade, approximately 70% of the attacks on aid workers in this area have been in the form of violent ambushes of vehicles and aid convoys on the road.[/toggle]

Afghanistan has a long-troubled history. The decade-long war that began with the Soviet invasion in 1979, a civil war from 1996 to 2001, and the post-9/11 invasion by the United States produced severe economic disruption and hundreds of thousands of casualties.

The country has had an almost constant need for humanitarian assistance. Despite their desire to be perceived as neutral, aid agencies have been repeatedly targeted for deliberate violence by the armed opposition in Afghanistan.

From 2008 to 2012, there have been 217 separate attacks in Afghanistan. That is by far the largest number of attacks against aid workers in any one country. Altogether, 440 aid workers were killed, kidnapped or seriously wounded.

Worldwide, 1,313 aid workers were killed, wounded or kidnapped in 745 separate attacks between 2008 and 2012, according to Humanitarian Outcomes’ Aid Worker Security Database. About two-thirds of those attacks occurred in just five countries: Afghanistan, Somalia, Pakistan, Sudan and South Sudan.[/toggle]

This Globalist Quiz is based on data and analysis provided by Abby Stoddard of Humanitarian Outcomes.

Despite the decrease in aid workers on the ground in Somalia, aid operations have been subject to 104 attacks over the last five years.

Despite the decrease in aid workers on the ground in Somalia, aid operations have been subject to 104 attacks over the last five years.