Apple and Caterpillar Game the EU: How to Respond?

An “ever closer Europe” is the only way to curb the exorbitant power of the multinationals and curtail their power to “divide in order to rule.” 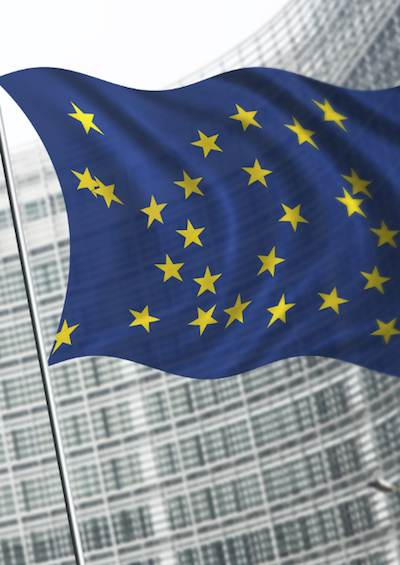 1. The decision by the European Commission directing the Irish Government to recover from Apple €13 billion in back taxes (on grounds that its arrangement was in breach of “State Aid” legislation, thus violating EU competition rules).

2. Caterpillar’s announcement to close down its Gosselies plant in Belgium, causing a loss of 2,200 direct jobs and a further 4,000 at its suppliers. This follows a first restructuring in 2013 which was accompanied by an investment of €150 million, supposed to ensure the plant’s future.

If it is hardly surprising that Apple has indicated it will appeal this decision. The opposition of the Irish Government, however, is another matter: It is a further challenge by a Member State to the authority of European institutions.

Both examples, while completely different in character and unrelated, point to the structural weakness of the Union’s current institutional architecture. They demonstrate clearly the need of “more Europe”(and not only a better Europe).

Otherwise, EU countries will fail in their endeavor to create a level playing field within the “single market,” especially with regard to dealing with large corporations. Action is particularly needed on two fronts:

1. Given that the EU wants to promote a healthy tax competition based on a common framework, this also means ending the sacrosanct “absolute sovereignty” of Member States in fiscal matters to avoid abuses.

2. The EU must be able to impose a set of agreed rules that are applicable to all those wishing to gain access to the single market. That means it has to be able to limit the ability of corporations to engage in “regulatory shopping.”)

If the principle of being able to choose “the lowest tax option available” should be strongly upheld, there should nevertheless be a base framework applicable throughout the single market (i.e., common rules with regard to the tax base and the sharing of the proceeds).

That way, it becomes impossible to evade taxes while abiding perhaps by the letter (although definitely not the spirit) of national tax codes, as is the case with Apple at present).

A global solution is needed

In addition to the changes needed to eliminate the excesses of tax engineering by multinationals within the European Union, this problem should also be considered globally (within the G20).

It is indeed shocking that the United States feels free to censure the European Commission in the Apple case by invoking the lesser amount of taxes that the US IRS would receive when American companies repatriate their foreign earnings.

If, while waiting for the now unlikely conclusion of the TTIP, one must accept differing rules on both sides of the Atlantic, one should nevertheless enforce a strong measure of reciprocity in tax treatment between autonomous jurisdictions.

The Caterpillar case is totally different in nature. There is little doubt that if, when making its decision to close down the plant, the company’s management would have had to deal with European authorities in the context of the single market, its negotiating position would be much weaker than is the case when dealing merely with regional governments.

In this particular instance, Caterpillar’s principal counterparts are just the Belgian and Walloon governments.

This fundamental imbalance makes one conclusion inescapable: If a company plans the liquidation or a significant restructuring of one of its major subsidiaries, wherever it may be located within the EU, prior notification to the European Commission should be made compulsory.

This prior notification should also include a detailed description of the steps envisaged. Such an EU level filing is notably required by the procedures for mergers and acquisitions.

The EU is being gamed

Under the current set-up, EU member states are facing a difficult choice: They can either they insist on too much “national sovereignty” and privilege their narrow interests (and also risk becoming exposed to corporate blackmail).

Conversely, if member states are prepared to share some of their sovereignty with the European Commission, they can strengthen their negotiating position in the face of unilateral decisions taken by large multinationals.

It is a real shame that it is only when EU member states face true adversity and when they find themselves unable to react vigorously on their own do they turn to the EU to appeal to the solidarity of the other EU members.

The lessons from the Apple and Caterpillar cases

What the Apple and Caterpillar cases make plain is the added value which a suitably empowered EU brings to the protection of the interests of European citizens.

Political parties of whatever persuasion, including the most eurosceptic, as well as governments, local company managements as well as trade union bodies interested in defending their members should all recognize the benefit of that approach.

Time for action is now

If a return to protectionism is to be avoided, it is of paramount importance to promote an appropriate regulatory environment.

That is the only way in which a proper equilibrium between the legitimate interests of the different actors involved can be established. It is the price to pay in order to curb the exorbitant power of the multinationals and curtail their power to “divide in order to reign.”

EU member states who insist on too much “national sovereignty” risk getting exposed to corporate blackmail.

Only when member states find themselves unable to react vigorously on their own do they turn to the EU.

The Apple and Caterpillar cases show what a suitably empowered EU brings to the protection of its citizens.

The EU must be able to curtail the multinationals’ power to "divide in order to reign."

EU member states who insist on too much “national sovereignty” risk getting exposed to corporate blackmail.

Only when member states find themselves unable to react vigorously on their own do they turn to the EU.

The Apple and Caterpillar cases show what a suitably empowered EU brings to the protection of its citizens.

The EU must be able to curtail the multinationals’ power to "divide in order to reign."

Spain: The Clock Is Ticking