Despite substantial growth, what needs to be done to reduce poverty in Asia?

Despite substantial growth, what needs to be done to reduce poverty in Asia? 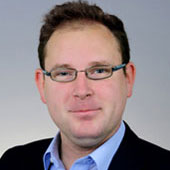 Lead Analyst, European Energy Review Matthew Hulbert is the lead analyst for European Energy Review, an Amsterdam-based website that publishes original reports, interviews, analyses, viewpoints and debates, written by correspondents and energy professionals across Europe. Prior to this, Mr. Hulbert served as senior research fellow at Clingendael International Energy Programme in The Hague, where he […]

When Asian leaders gathered in London in early March 2006 to discuss regional development under the title "Asia 2015," the famous dictum issued by Mao in 1958, which set China's goal to "surpass Britain and catch up with America" — was ringing loud in many Western years.

As well it might, given that China's economy is already overtaking the United Kingdom. And by 2040, will be larger than the United States, according to Goldman Sachs.

India, for its part is set to outstrip the Japanese economy by 2032. In total, Asia not only accounts for 40% of the world's population, but garners a fifth of global production.

The exponential growth of the Asian economy is not the whole story, of course. For all its successes, Asia remains home to two-thirds of the world's poor who live on less than a dollar a day.

The UK Department for International Development predicts that by 2015 some 309 million South Asians and Chinese will still live in poverty, which compares to 366 million in the whole of Africa.

Thus, if the Millennium Development Goals (MDGs) are to be realized, Asia would be a good place to start. To facilitate this, both the politics and economics of the region will have to be realigned in a “pro-poor” direction — rather than running along the contours of Beijing, Delhi and Tokyo politics.

Inequality levels are currently rising in Bangladesh, Indonesia and Vietnam — while poverty is rising sharply in China's rural provinces.

The result has been to derail a number of income and non-income MDG targets for human development such as in hunger, Measles, Mumps and Rubella (MMR) and sanitation.

Such inequality is reinforced by gender, caste, religious, ethnic and social discrimination that reduces people's ability to benefit from economic growth.

Governance is also a significant problem, with the Kaufman, Kraay & Mastruzzi (KKM) Index showing that corruption and political instability are never far removed from the Asian political landscape.

Even assuming a “Golden Era” for Asia — where growth rates continue to rise and political conflict is held in abeyance — disparities will increase between regions within the larger countries.

Migration will increase rapidly to where the jobs are located. And South Asia would still have in excess of 268 million people in poverty by 2015. Should growth rates dip by a mere 1%, many countries would not even halve their income poverty.

Per capita incomes will thus remain low, and although aggregate spending power will be significant, the average consumer will not feel the benefits in a situation where the biggest economies do not translate into being the richest. Worse still, Asian growth is also starting to come without additional job creation.

Domestically, this suggests that redistributive policies, fiscal transfers and infrastructure provision are called for in countries across Asia. Enhancing participatory political structures in a stable manner will also be critical to Asia's success.

Other policy imperatives include enhancing the role of the private sector, improving the effectiveness of the state through improved public spending and most crucially promoting internal and international trade.

It is only with such effective firewalls in place that climate change, natural resource depletion, the spread of diseases and the impact of economic shocks can be marginalized.

This is particularly true for states that, while crossing from Low Income Country (LIC) to Middle Income Country (MIC) status, remain precariously balanced at the bottom end of the middle income scale.

India and Vietnam will keep a sharp focus on this challenge around 2012-14 as they make the transition, as will Pakistan and Bangladesh around 2020.

Despite such trends, the world is remarkably bad at taking out insurance policies when needed. As the former IMF Chief Economist Kenneth Rogoff remarks, "in the light of risks to the global economy, today's policy climate seems marked by a discouraging level of political paralysis".

"Paralysis" is perhaps not a fitting diagnosis of Asia, but cooperation is at a formative stage. And many have argued, the "noodle bowl" of regional trade agreements are at best suboptimal — at worst, counterproductive — to this crucial part of poverty reduction in Asia.

According to the Asian Development Bank (ADB), no less than 15 trade and investment initiatives have been sealed in Asia since 1998 — with a further 20 under negotiation and 16 more proposed. Much of the drive for such bilateral trade agreements has come from Japan in a bid to counter China's regional influence.

Koizumi has plans to conclude a further 15 agreements by the end of the year, including one with ASEAN by 2010. South Korea already concluded such an agreement at the start of 2006.

The use of bilateral agreements undoubtedly creates new trade opportunities, but they can also often end up diverting trade from one country or region to another.

The Asian Development Bank has already argued that the best way of bringing clarity to the situation would be through a trilateral deal between China, Japan and South Korea.

This could attract other Asian countries to join these three economic powerhouses. While this may be true in economies today, it perhaps overlooks the politics of the region.

Far more likely is that the process will work in the opposite direction whereby ASEAN becomes the common denominator to link up these major players, including that of India.

With this in mind, the creation of an ASEAN Economic Community by 2015 could be a distinct possibility rather than in 2020 — provided all the political pieces fall into place. This will be politically difficult, but economically required. Any pause in Asian growth would have global implications for commodity prices, inflation and productivity.

If the “grand vision” is enacted, redistributive policies, fiscal transfers and infrastructure provision across Asia will become all the more critical — if growth is to remain sustainable. This will be a major factor underlying Asia's delicate social, political and economic balancing act.

Lead Analyst, European Energy Review Matthew Hulbert is the lead analyst for European Energy Review, an Amsterdam-based website that publishes original reports, interviews, analyses, viewpoints and debates, written by correspondents and energy professionals across Europe. Prior to this, Mr. Hulbert served as senior research fellow at Clingendael International Energy Programme in The Hague, where he […]