World Bank Presidents: By the Numbers 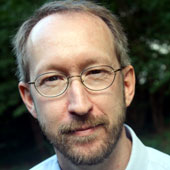 Richard Walker is research director of The Globalist Research Center.

Although President Obama is thought to have considered at least four women for the post — Indra Nooyi, the Indian-born CEO of Pepsi, Brown University President Ruth Simmons, diplomat Susan Rice, and economist Laura D’Andrea Tyson — he ended up nominating Dartmouth College President Jim Yong Kim to become the 12th president of the World Bank. If confirmed, Kim will also be the 12th man to lead the institution.

Zero, incidentally, is also the number of non-U.S. citizens to have led the bank. By tradition, the president of the World Bank has been an American nominated by the President of the United States. However, developing countries are increasingly insisting on consideration for their candidates.

African nations are pushing the candidacy of Nigerian Finance Minister Ngozi Okonjo-Iweala, a woman and former World Bank official, while Brazil has nominated Colombian economist Jose Antonio Ocampo. The Bank’s Board of Executive Directors will consider the nominees in April.

James Wolfensohn, who was nominated to lead the bank by President Bill Clinton, was born in Sydney, Australia. Wolfensohn worked in the investment banking industry, and after naturalizing as a U.S. citizen in 1980, he founded his own investment company. He served two five-year terms from 1995 to 2005.

If Jim Yong Kim is confirmed, Kim will become the second World Bank president born outside the United States. Born in Seoul, South Korea, in 1959, he is a naturalized U.S. citizen.

Robert McNamara had been a faculty member at the Harvard Business School, but left in 1943 to join the U.S. Army Air Force during World War II. After the war, he was an executive president at the Ford Motor Company and was picked to be its president in 1960.

The next year, he was chosen by President John F. Kennedy to lead the Department of Defense, where he was a chief architect of the U.S. involvement in Vietnam. Upon his resignation in 1968, then-President Lyndon Johnson nominated him to lead the World Bank, where he served until 1981 and helped focus the Bank’s mission on poverty reduction.

Since the 1970s, Paul Wolfowitz served in a variety of defense- and intelligence-related posts in Washington. Wolfowitz was the U.S. ambassador to Indonesia in the late 1980s. From 2001 to 2005, he was deputy secretary of defense under Donald Rumsfeld and played a prominent and controversial role in formulating the U.S. invasion of Iraq. Wolfowitz served two years as World Bank President, resigning midway through his first term in the wake of ethics violations.

John J. McCloy, the second president of the World Bank, was assistant secretary in the War Department (the predecessor agency to the Defense Department) during World War II.

Not surprisingly, most of the 11 men who have as World Bank president spent the earlier parts of their careers in banking and finance:

The four others had long careers in government. Barber Conable, who was president from 1986 to 1991, is the only World Bank president to have held elective office. Before being appointed to the World Bank by President Reagan in 1986, Conable had served for 20 years in the U.S. House of Representatives.

Jim Yong Kim has been a strong advocate for public health issues. He earned his medical degree at Harvard University and, in 1983, co-founded Partners in Health, a nonprofit healthcare organization for the poor. From 2004 to 2006, he was director of the World Health Organization’s HIV/AIDS department.

That’s right — in the course of its entire 66-year history, all 11 presidents of the World Bank have been white, American males. This lack of diversity is certainly one reason that emerging market nations like Brazil, China and South Africa are hoping to change the tradition of how the Bank president is selected.

But more important, they say, is that the search for the president should be conducted on a worldwide basis and the selection based on merit rather than nationality.

The World Bank will select its new president before its spring meeting in April.

Richard Walker is research director of The Globalist Research Center.

Pakistan on the Brink: All Crisis, No Potential?