Canada’s Response to the China Challenge 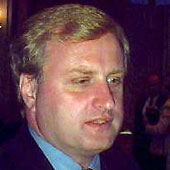 As has happened elsewhere, Canada-China trade has grown dramatically. In fact, China is Canada’s second-largest trade partner today. However, a central concern is the growing disparity.

Canada has traditionally been an exporter of resources and commodities — and that’s no different with China. About 80% of our exports to China consist of resources.

We have benefited significantly from China’s rapid industrialization, which has put upward pressure on commodity and energy prices. Canada’s exports have reflected China’s development needs and have also shifted, as China adds value to its production and manufacturing.

Historically, Canada’s major export to China was wheat. But once China started producing its own crop, and also decreased its consumption of wheat, Canada’s wheat exports fell sharply.

One effect of this decline was that our exports of fertilizers, meat and seafood grew. Exports of industrial material such as nickel, iron, steel copper and aluminum also grew rapidly in the 1990s to feed China’s manufacturing boom.

Then again, paper was once a major export of Canada to China — but as China established its own mills, Canada’s paper exports have dropped, while pulp exports have grown.

As these examples make plain, developments in China’s economy impact the kinds and volumes of Canadian exports. In some instances, Canada has moved down the value chain, while in others our country has created and added value.

However, big questions loom. For example, once China acquires and develops its own fertilizer production, will Canada still be able to add value? Or will Canada move down the value chain — and just supply the raw material?

Likewise with China’s increasing exports to the United States, Canadians are becoming aware that this comes at the expense of our own.

While my country’s exports to China continue to be resource-heavy, our imports have shifted dramatically in the last few years. In the 1990s, imports from China were largely made up of consumer goods, shoes, toys and textiles.

In recent years, there has been a dramatic shift towards productivity-enhancing goods — that is, electronic products (including laptop computers, telecommunications equipment, industrial machinery, measuring equipment and automotive parts).

China is now a major source of low-priced industrial equipment for many North American firms. In the case of some of these products, the shifts have been quite dramatic.

Moreover, Canada’s imports from China have now surpassed those of Japan and Mexico. More recently, U.S. imports have begun to level off as well.

But can we expect these trends to continue? As China’s industry continues to move up the value chain, this presents Canadian industry with real challenges in adapting to these new economic realities.

In my view, the central lesson is that no matter how big or small, every Canadian firm needs a China strategy. It may be active or passive, depending on the companies’ resources, but it is absolutely crucial to understand how China is changing the global economy and develop an effective response.

In a survey of Canadians conducted this year by the Asia Pacific Foundation of Canada, Canadians are most aware of the potential of China, with 42% of respondents saying China showed the most export potential, while 29% chose the United States.

In fact, Canadians expressed a belief that the Chinese economy will surpass that of the United States — in 20 years or so. That may or may not be the case, but that’s the perception today.

While Canadians seem to be aware of the China challenge and opportunity, this second survey would indicate that we have much work still to do. In this sector, we need to accelerate the industry’s integration into the Asian market. Otherwise, we run the risk of losing significant ground.

In an attempt to remain globally competitive, many foreign firms are investing in China so as to integrate China into their global supply chains. They are also trying to gain access to the huge Chinese market.

Yet, Canada’s investment in China is relatively low, which means that we will need to establish stronger integrated trade links with China. In the long run, given the changing and competitive nature of the marketplace, exporting alone won’t suffice.

Canada’s former Prime Minister Trudeau once compared being neighbors with the United States to sleeping next to an elephant. No matter how friendly and even-tempered the elephant is, we are affected by every twitch and grunt.

As our economies became so interconnected, Canadians have become very accustomed to sleeping next to the elephant.

That elephant, of course, is our major trade partner, our major customer — and our major buyer. Despite an increasingly global economy, the main priority for Canadian companies remained to anticipate and adjust to the elephant’s every move.

They have traditionally been focused on the U.S. market and U.S. customers. Despite the Canadian government’s plea for diversification, 85% of our exports go to the United States.

This is particularly true of central Canada, the heartland of the country’s industrial and manufacturing output. And yet, it is perhaps in this region that the most dramatic impacts of China’s economic boom are being felt, especially by lower-tier suppliers to U.S. customers.

They are the ones feeling the pressure most acutely to produce more cost-effective products or risk losing their U.S. customer base.

The rise of China is forcing Canadian companies to shift mindsets — to move from a continental outlook to a more global one, and to evaluate where best to position themselves in the global supply chain.

In order to grow their business internationally, they will increasingly have to look at investing abroad. The ultimate goal is to maintain competitiveness.

In doing so, Canada’s private sector will need to address some fundamental issues. Where do we fit in the global supply chain? Can we build parallel networks outside of North America? Can we build them in Europe and Asia?

How can my company increase productivity, add value and be innovative? What is my company’s competitive advantage in the global marketplace, as distinct from Canada and North America?

How is the global economy affecting my customers’ decisions, and what do we have to do to continue to service our customers? What does the rise of China mean for my industry and my company both in Canada and globally?

What kind of value can Canadian companies continue to deliver to its U.S. customers and the global supply chain? What kind of adjustment will be required to be relevant in the United States and other markets important to Canadian firms?

In this battle, we Canadians can rely on some real assets. There is also significant complementarity between Canada and China.

China is a resource-hungry nation — and Canada is well-regarded and blessed as a resource country, with both resources to explore and the expertise to do it.

Chinese firms have taken some initial investments in Alberta’s oil patch, and it is no secret they are looking for more — as well as to secure sources of other commodities.

As well, major Canadian financial services and insurance companies have long and established histories in China — and have successfully penetrated the Chinese market.

In China, Canada has a strong reputation as a source of environmental technologies and alternative energy sources. In addition, we have had notable successes in construction products and services, transportation, infrastructure and education.

This projection should force a cold analysis of where Canada stands in the global economy, and what our country needs to do in an effort to remain competitive.

I don’t want us Canadians to wake up one day to find that the elephant was an early riser and had moved on — perhaps over to the dragon’s pen.

Sure, it may have been a bit intimidating sleeping next to the elephant all of these years, but it could be even more frightening to discover that the elephant might, one day, no longer be there.

Editor’s note: This article is adapted from the author’s address at the Symposium on Responses of the United States and Canada to the Economic Challenges Posed by China, on December 8, 2006.