Chelsea and Beyond: How the Rich Will Destroy Soccer

The excess of capital pouring into professional soccer will inevitably bring about its demise. 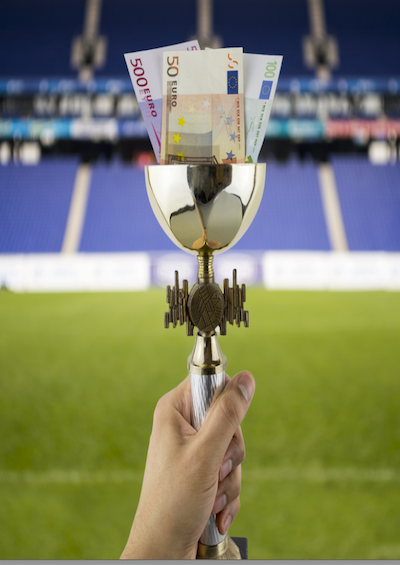 The old Jamaican saying, “The humblest calf drinks the most milk,” seems to have been invented to describe Russian oligarch Roman Abramovich.

Members of Vladimir Putin’s inner circle have been slapped with international sanctions and have seen their visas to Europe and North America revoked and their Italian villas and other assets frozen. Even so, Abramovich still enjoys a warm welcome in the United States and the UK.

Yet, Abramovich has been one of Putin’s closest associates and, according to some prominent opposition figures in Russia, possibly doubles as his bagman. He allegedly holds a portion of the Putin’s multibillion-dollar fortune that he has amassed while ruling the country.

Whether or not it’s true, Abramovich has certainly been Putin’s role model. In 2008, Putin seriously contemplated leaving Russian politics.

Putin wanted to live the life of the international super-rich set, much like Abramovich: getting serially married to beautiful young women, traveling the world in a luxurious private yacht, collecting modern art and owning world-class sports teams.

Unfortunately for Putin – and perhaps for Russia as well – he didn’t retire because he couldn’t get a viable successor who could guarantee his own physical safety.

Abramovich is not hugely popular among ordinary Russians – no Jewish oligarch is – but he certainly has earned the gratitude of millions of long-suffering Chelsea fans. The club, which previously had won the English championship just once, back in 1955, has been on top of the Premier League three times since Abramovich bought it in 2003.

In 2012, Chelsea won the coveted Champion’s League title. This year, Chelsea looks like it’s not going to lose a single match and will win every trophy it is competing for.

Of course, sports teams in general and soccer especially have always been playthings of the wealthy. Sports have become big business. Star players command astronomical salaries and are true national heroes in an age when national heroes are sorely lacking. Teams need deep-pocketed investors – and the rich love the publicity associated with being team owners.

But the rise of the international super-rich set over the past couple of decades is changing the nature of high-visibility sports such as soccer. Large fortunes today are really, really large. The top ten billionaires on the Forbes list have the combined net worth of over half a trillion dollars.

A new class of super-rich

To get into the ranks of the world’s top 500 billionaires, you now need $3.3 billion. Back in 2000, the top ten were worth just $280 billion, half as much as today’s bunch, and there were only 322 billionaires in the entire world total. While the fortunes of the super-rich doubled, the average household income in the UK, for example, went up by just one third.

Plutocrats have become a new global ruling class. They live in an effectively borderless world, socialize with other rich people around the globe, keep their fortunes in low-tax havens and influence the political process in their own countries in such a manner that they pay little or no taxes.

Abramovich is not the only rich foreigner with deep pockets and time on his hands to own a Premier League club. In fact, English owners in the Barclays Premier League are in a minority. Only Tottenham Hotspurs among even fairly remote contenders for the championship title have English owners.

Not surprisingly, the list of international owners includes other Russians, Americans, people from the Persian Gulf and the Far East. They are bringing a lot of money to the table.

Billionaires are pouring money into the league

In the first year of Abramovich’s ownership, the team spent over £150 million ($241 million) on the likes of Hernan Crespo, Damien Duff and Arien Robben – each commanding around £16-17 million ($27 million) in transfer fees – while the club earned just £100,000 from the sale of players.

Manchester City, meanwhile, was bought by another oilman, this one based in Abu Dhabi, Mansour bin Zayed al Nahyan. Well, wouldn’t you know it? In the three years after his September 2008 purchase, Man City spent £400 million ($644 million) in transfer fees.

Predictably, by 2012, Man City was on top of the Premier League after not winning top honors for over four decades. It then repeated this feat last year. And in 2013 it missed being the champion by a whisker.

American Stan Kroenke, a real estate magnate and, not coincidentally, the husband of a Walmart heiress, is a well-known sports entrepreneur. He owns Arsenal, a team that spent £82 million ($132 million) on transfers last summer.

But in 2013, they came in 13th and 9th, respectively, at the end of the season, missing all the European competitions. The year before, they were 10th and 14th, respectively. In other words, their final standings in the table correlated strongly with their spending.

Competition only exists among the wealthy

This year’s Premier League championship is likely to be a contest between deep-pocketed oilmen from Russia and Abu Dhabi, Chelsea and Man City.

You can see this is the wave of the future – or a throwback to the past. In Ancient Rome, winning generals returning from foreign wars with plenty of loot and political aspirations, would pay for gladiatorial combat to be enjoyed by the Roman plebs.

Actually, in many European countries, national championships are already contests between the two or three soccer teams rich enough to afford top players. Other teams mainly serve as whipping boys. Their only real choice is to develop future stars who would play for them for a season or two in their late teens before being bought up by the super rich clubs.

The only interesting competition is therefore on the European stage, where top super clubs from different soccer powers compete against each other. But even among the super clubs, deep divisions will soon start to arise.

Teams from Northern Europe, with its social democratic, egalitarian traditions, will no longer be able to compete with ones owned by international plutocrats and the Anglo-Saxon winner-take-all model.

Lessons from the United States

The United States has had a much longer experience dealing with the super-rich and Americans are familiar with their ways.

As the super-rich class emerged, U.S. professional sports leagues began running into a similar problem. Rich teams from large, lucrative markets started to dominate their sports and grab all the best players. To save the rich from themselves, American leagues adopted salary caps.

The European ruling body for soccer, UEFA, is also trying to do something about it, but it got it all wrong. It now wants teams to live within their budgets, i.e., spend only a little more than they rake in from ticket sales, television rights and various merchandise they market around the world.

Abramovich’s own creation of Chelsea over the past decade shows how this idea is a non-starter. By sinking a huge investment into a previously mediocre club, Abramovich created a global powerhouse that regularly plays – and wins – European competition and draws huge television receipts.

With the crème de la crème of world soccer wearing its dark blue uniform, Chelsea has also become an enormous global brand with corresponding merchandise sales. Like other public entities, UEFA is less and less willing – and able – to stand up to the moneyed class.

Soccer is more popular today than ever before. So far, the fans of the “also-ran” teams keep attending soccer matches in record numbers and watching their behinds get whipped.

They don’t seem to mind that the Chelsea’s and the Man Cities of this world are running roughshod over their favorites (which may be the reason why they stay poor and downtrodden).

But the interest in such one-way contests will eventually flag. A cautionary tale comes from Abramovich’s own motherland. In the 1980s, Soviet hockey was shuffled by sports functionaries to make sure that the Soviet Union won all the gold medals in all international competition.

The Red Army team got all the good players and became, effectively, the Soviet All-Stars. Not surprisingly, the other clubs, weakened by this transfer policy, kept losing to it with the identical score of 6-1. By the time the Soviet Union collapsed ten years later, fewer than a thousand spectators could be lured to watch domestic hockey games.

The rise of the super-rich over the past couple decades is changing the nature of high visibility sports like soccer.

With money pouring in, the Premier League is divided into the haves and have-nots.

The Premier League championship is likely to be a contest between billionaire oilmen from Russia and Abu Dhabi.

To save the rich from themselves, American leagues have adopted salary caps.

The rise of the super-rich over the past couple decades is changing the nature of high visibility sports like soccer.

With money pouring in, the Premier League is divided into the haves and have-nots.

The Premier League championship is likely to be a contest between billionaire oilmen from Russia and Abu Dhabi.

To save the rich from themselves, American leagues have adopted salary caps.

Bolivia: Where Socialism Appears to Work