China at the Crossroads

By continuing its economic rebalancing, China could increase the scale of its economy by trillions of dollars. 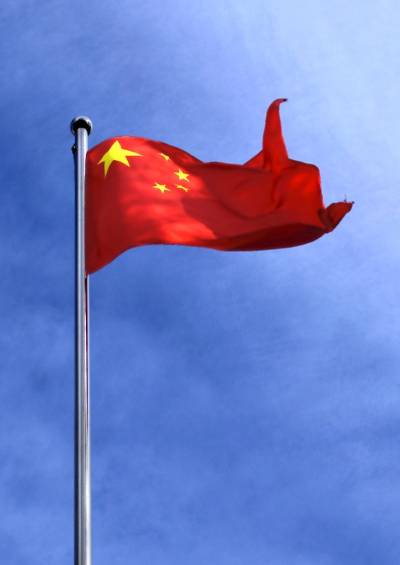 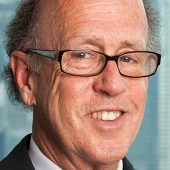 China is at a major crossroads on its long journey to economic development. A still sluggish post-crisis global economy is at an equally critical juncture.

In an interconnected world, shifts in one economy have important implications for others. The interplay of these challenges could well pose the greatest test for the world economy since the Great Crisis and Recession of 2008-09.

For China, there can be no turning back. Yes, the costs of structural adjustment are taking their toll on the economy. This is not a temporary development – it is likely to persist for years.

It has become fashionable to refer to China’s transformational state as a “new normal.” Yet, there is nothing normal about the challenges and risks associated with the Herculean undertaking of structural change and reform.

To call this phenomenon normal, in my opinion, implies passive acceptance of wrenching change – in effect, a recipe for complacency. This transition is literally turning China’s 30-year miracle inside out.

Slower growth is an important by-product of Chinese rebalancing. The pace of economic activity has, of course, decelerated from 10% to 7%, and should remain at that reduced pace for the foreseeable future.

This downshift need not be interpreted as a sign of weakness. By rebalancing the economy toward more slowly growing consumption and services-led activity – a time-honored characteristic of most advanced economies – China is in the early stages of a decisive transition to a more sustainable growth path.

Employment will be the acid test of China’s ability to cope with the slowdown. About 45% of China’s population still lives in rural areas. With an average of 20 million people moving from the countryside to cities each year, the economy needs to grow fast enough to absorb those workers in its urban economy.

So far, that has not been a problem. China’s urban workforce increased nearly 13.2 million, on average, in 2013-14, well above the government’s annual target of 10 million – a target that has just been reaffirmed for 2015.

That outcome underscores one of the most important silver linings of Chinese rebalancing – a shift to labor-intensive services. The Chinese economy benefits because services activity requires about 30% more workers per unit of GDP than manufacturing and construction, combined.

And given that the services sector now is the largest and most rapidly growing segment of the Chinese economy, slower output growth has actually been accompanied by faster-than expected employment growth.

An increasingly services-led, rebalanced Chinese economy allows the country to sidestep the risks to social stability that might normally arise from an economic slowdown. As a result, it is much better positioned to withstand the transition to the next phase of its development journey.

The alternative is unthinkable. If China were to backtrack and attempt to resurrect the old hyper-growth model fueled primarily by manufacturing, investment and exports, the perils of the dreaded middle-income trap would loom increasingly prominent in the years ahead.

Unfortunately, this is an all-too-common experience for developing economies. The exceptions come from those who have the vision and the determination to change their growth models – recognizing that what works in the early stages of development is invariably stymied as economies approach the middle-income threshold.

There can be no mistaking that China’s rebalancing strategy is aimed at avoiding that pitfall.

At the same time, it would be foolish to ignore the risks that something might go wrong in the complex and delicate operation of Chinese rebalancing. Among the possibilities are a sharper than expected slowdown in economic growth, a whiff of deflation or a shortfall of foreign demand.

Mindful of these potential problems and in recognition that China has ample ammunition available to counter them, Beijing has selectively deployed monetary and fiscal stimuli.

In light of the global currency war that is now raging, however, it would be equally wise for China to refrain from currency depreciation. In a weak global demand climate, there is little to gain from such a policy reversal and plenty to lose if it inflames long simmering anti-China protectionist sentiment.

But the greatest danger is to fixate on risks and ignore the unique opportunities of this unprecedented transformation of the Chinese economy.

The benefits of rebalancing

For China, the benefits of a successful rebalancing to services and consumer-led activity are many. These include slower and less energy and resource intensive growth, an important breakthrough in the battle against environmental degradation and pollution, as well as more equitable and inclusive growth that comes from boosting worker incomes through rural-urban migration.

For the rest of the world, a rebalanced China offers a comparable array of risks and opportunities. To the extent that services move the needle from energy- and resource-intensive production to more of a commodity-lite growth model, there will undoubtedly be pressures on major resource economies such as Australia, Canada, Russia, Brazil, New Zealand, and many African nations.

Notwithstanding these negative repercussions, the global opportunities presented by a rebalanced China are nothing short of staggering.

If, for example, China stays the course of rebalancing by boosting the services share of its GDP from 48% at present to 56% by 2025 – actually a conservative estimate of what potentially could be a much larger shift – that would result in a $12 trillion expansion in the scale of its services sector.

Under reasonable assumptions of services deregulation and tradability – the latter a new twist for today’s Internet-linked services markets – that could open up between $4 and $6 trillion of China’s coming services bonanza to multinational global services providers.

Successful conclusion of a Bilateral Investment Treaty (BIT) between the U.S. and China is the best way to assure that possibility. If, however, BIT negotiations continue to founder, the Chinese services bonanza may go elsewhere.

In an interdependent era of globalization, that brings the story full circle: China’s rebalancing offers the potential for a new and important source of aggregate demand in a growth-starved post-crisis world.

That could be an especially important impetus for the major developed economies in coping with their own structural agendas and the associated dangers of what some fear to be a Japanese-like “secular stagnation.”

In conclusion, there are great benefits to be had if the world seizes the opportunities presented by Chinese rebalancing – and China does its part as well. Squandering such an historic moment would be the greatest tragedy of all.

Editor’s Note:Adapted from an article published on April 10, 2015 by China’s People’s Daily.

China's GDP growth has decelerated from 10% to 7%, and will remain at that reduced pace for the foreseeable future.

China's economy is in the early stages of a decisive transition to a more sustainable growth path.

45% of China's population lives in rural areas. 20 million people a year move from the countryside to cities.

Can China's economy grow fast enough to absorb the massive annual inflow of workers from the countryside into cities?

China's GDP growth has decelerated from 10% to 7%, and will remain at that reduced pace for the foreseeable future.

China's economy is in the early stages of a decisive transition to a more sustainable growth path.

45% of China's population lives in rural areas. 20 million people a year move from the countryside to cities.

Can China's economy grow fast enough to absorb the massive annual inflow of workers from the countryside into cities?