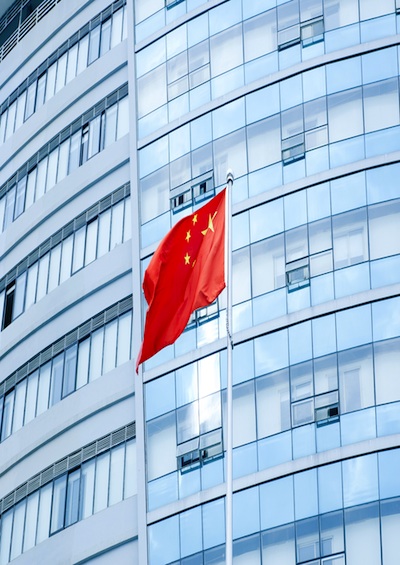 At a time when Europe’s economy is in bad shape and U.S. President Barack Obama has been taken to the cleaners by voters, it is more than useful for Western minds to look at China.

China has been on a veritable roll these last few months. The BRICS bank is off the ground. Despite misguided U.S. efforts to derail the initiative, the AIIB is launched with 20 founding members. Others will surely join over time.

In the energy sector, as a follow-up to the grand natural gas deal with Russia concluded a few months back, over the weekend, China and Russia have announced another massive deal, which means that by 2020, Russia will supply more natural gas to China than it supplies today to Western Europe.

Similar to these two agreements are several other energy related deals, including the doubling of Russia’s oil exports to China.

At the same time, China’s links to Central Asia have become tighter. For example, Beijing has just launched the Silk Road Investment Fund, a new $40 billion fund which will focus on investments in the seven countries of Central Asia.

China’s relations with Vietnam are on the mend – and with Iran they are booming. China has managed even to open a dialogue of sorts with Japan.

Add to that the new Silk Road Fund and you have the outline of a number of important initiatives which will be key to China’s increased lead role in development through investment in other emerging market economies.

This is not to say that China is without challenges. It has plenty of them domestically. But even here, important changes are underway.

Think, for example, how power producers have finally been forced everywhere around the country to reduce pollution. The laws to do so have been long on the books, but in the past 12 months they have started to be enforced – and enforced with authority.

In that process, the growth of heavy industry – one of the biggest legacies of Mao’s economy – has been slowed dramatically. There has been a complete clamp down in opening new steel, zinc and aluminum production capacity, to name but those.

That, in turn, is leading to more and more focus on the consumer sector of the economy, which continues substantially to outpace overall economic growth.

In short, the Chinese execute the playbook of macroeconomic reforms very well and with great determination.

China has also engaged a broad-based campaign against corruption. Cutting through the crippling issues of corruption is critical to releasing and implementing large-scale economic and social reforms.

Energy is key to the economy, and that is why this sector has been a key focus of the anti-corruption effort.

Surely more is to come, as we are seeing recently with the developments surrounding the State Grid. Several management people at the top of State Grid in Shanghai and Southern China are said now “to be assisting the authorities with investigations.” State Grid controls much of the production of power, and all its transmission and distribution across the entire country.

Reflecting its vast size and political and economic power, some call the State Grid a state within a state. I expect that you will see in the months ahead a loosening of the generator-transmission-distribution iron triangle in China’s power sector.

Indeed, there are already developments along these lines in Guangdong. The result I expect is that we will see the costs of electricity prices fall in a number of sectors of the country. Attacking corruption in the railway sector seems to have been a key factor in dropping domestic coal prices, for example.

At the APEC Summit, President Xi mentioned that 7% growth or so would keep China among the top performers in the world. This year, China will provide about 40% of total world growth.

As if that weren’t enough of a global boost, China does more. It is supplying growth to many other nations through the reduction in its net exports – or, put another way, through the surge in its imports.

In 2006, China’s net exports amounted to 10.4% of GDP. This year, they will be about 2.4% of GDP. No other major economy has achieved that type of major re-balancing in the past decade.

When you are an $11 trillion economy, as China is today, and growing at 7% annually, “hiding your strength” is not as easy to do when your economy was 1/25th the size, as it was a quarter of a century ago.

Likewise, the concept of “biding your time” – long China’s diplomatic preference on the global stage – is not as easy to accomplish when the major powers are fading.

The United States and Europe, in various ways, may still control much of the world economic and political institutional structure, as they have done for the past century and more. But their inaction and lack of planned achievements speak loud and clear.

The United States’ and Europe’s collective failing is that they do not work to accommodate the interests of China and other large emerging economies in any way that is commensurate with their new weight and position in the global economic, financial and political balance.

As exhibit number one, consider the rather desperate rearguard action the U.S. government has been fighting with regard to convincing Asian nations to stay outside of the new Asian infrastructure bank.

Then there is the by now “classic” issue: Major reforms of the IMF, including a redistribution of the IMF quota-based voting system, are simply not happening.

You can’t have it both ways. On one hand, say to the Chinese that you support reform of the IMF, as both the United States and Europe do. On the other hand, do very little to make such reforms happen, and then complain and obstruct while China, frustrated, takes new initiatives and plays an increasingly larger leadership role outside of these institutions.

Consider also the – perhaps unintended – consequences of the aggressive use of extra-territoriality by the United States in law enforcement. Its zealous and very one-sided approach is creating a vast interest in Europe, and throughout the emerging world, in an additional world reserve currency.

The $8.9 billion fine imposed on France’s BNP and the sanctions on Russia, which are now destabilizing all of the CIS countries, have been the major catalysts in this regard.

The RMB and the Euro are the only other logical candidates to being global reserve currencies. Traveling in East Africa, I was struck at how street vendors, taxis, restaurants were indifferent whether one offered RMB, USD or Euros as payment. A tiny example, but not an insignificant one.

Part of China’s broader reform agenda in this regard is the internationalization of the currency and the opening of the capital account. The West has been urging China to do this for years.

This will also make China a dramatically more important player in global trade and finance. And as we are now seeing – should anyone be surprised? – that participation will be increasingly on China’s own terms.

These developments are not about China suddenly becoming more aggressive on the international stage. Rather, they are essential transitions which are part of the next stage of China’s growth and development.

However you look at it, China’s rise is with us. It is not going to go away. It is central to the new global reality. Now is the time for the West to think very deeply and creatively of how to embrace this new world balance, and to engage China in ways that will create much benefit for us all.

That is what Nixon, Kissinger, Zhou and Mao did some four decades ago. The need is urgent for the exercise of similar vision and leadership today.

China has been on a veritable roll these last few months.

China’s relations with Vietnam are on the mend – and with Iran they are booming.

The Chinese execute the playbook of macroeconomic reforms very well and with great determination.

China has been on a veritable roll these last few months.

China’s relations with Vietnam are on the mend – and with Iran they are booming.

The Chinese execute the playbook of macroeconomic reforms very well and with great determination.