How the nuclear program controversy and deal opened West Asia to Beijing. 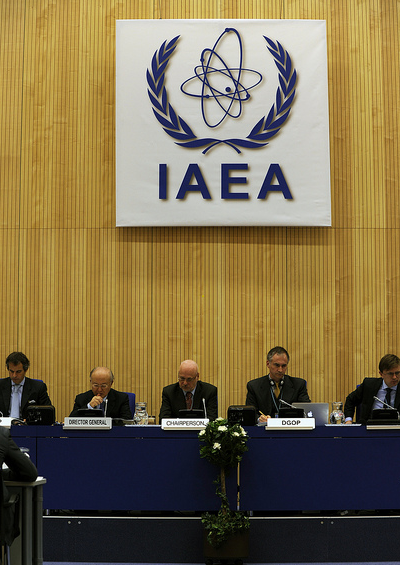 Debalina Ghoshal is a Research Associate at the Delhi Policy Group.

China’s nuclear cooperation with Iran is, in some ways, an old story. In 1991, China secretly exported “natural uranium” to Iran, which was used in experiments for testing parts of uranium conversion process.

Iran was also able to acquire from China small research reactors and laser enrichment equipment. In 1992, Beijing also signed a contract for the sale of a Light Water Reactors and a large research reactor that was capable of producing plutonium for nuclear weapons.

Even though later on Beijing succumbed to U.S. pressures and severed nuclear ties with Iran, Iran managed to carry on with their nuclear program with the help of the Chinese UCF.

That being said, throughout the Iranian nuclear impasse, China has stood beside its Shia friend. This tie had enabled Iran to stand strong amid the sanction period. This has also been acknowledged by President Rouhani.

After the nuclear deal, with sanctions now to be slowly lifted off Iran, China sees Iran as major market in Middle East. During the January 2016 visit of China’s President Xi Jinping, Iran’s President Hassan Rouhani announced that China and Iran plan to build economic ties worth up to $600 billion.

With Chinese help, Iran is expected to reduce the plutonium production in its reactors to prevent any possibility to develop nuclear weapons.

The head of Atomic Energy Organization Ali Akbar Salehi, has confirmed that Iran is working on redesigning the reactors. Any alterations to the designs are then to be reviewed by China and the U.S.

The (civil) nuclear race is on

For Iran, this cooperation – along with nuclear cooperation with several other countries like Japan, South Korea and Spain – would enable the country to develop its nuclear program which has been stalled for a while now as a result of the nuclear impasse.

With the lifting of sanctions from Tehran, the economy will now open up and there would be an increasing need for energy – including nuclear energy. Thus, cooperation in this field would benefit Tehran. China wishes to be the main beneficiary of this restored demand.

China’s Asian rival, Japan, is also moving ahead to strengthen nuclear cooperation with Iran. China would want to ensure that Japan does not share its advantages.

China brings a number of political and diplomatic advantages to make its case to Iran for a close and more exclusive economic and civil nuclear relationship.

Iran, being a Non-Proliferation Treaty (NPT) signatory, has the right to pursue peaceful use of nuclear energy program under Article IV of the Treaty.

Beijing agrees that the nuclear deal would uphold Iran’s right to peaceful use of nuclear energy. Hence, Iran is likely to be tilted more towards China.

Iran’s suspicion towards the Western powers would likely also factor in when Iran decides to choose its partners for cooperation in nuclear program.

Chinese geopolitics in the Middle East

As cooperation between countries like China and Iran continue to strengthen, Western ability to re-impose sanctions would become a difficult task despite the framework provisioning for this.

China still views Iran as a reliable supplier of crude oil. Tehran also plays an important role due its strategic location in the China led “One Belt One Road” agenda.

This is also crucial as China strengthens its “good neighbor diplomacy.” It is premised on the principles of amity, sincerity, mutual benefit and inclusiveness, and deepen mutually beneficial cooperation with neighboring countries.

Moreover, a strong relationship with Iran would enable China to exert greater influence in the Persian Gulf region. Beijing has previously conducted joint naval exercise with Iran in 2014.

China’s anti-access area denial strategy to prevent the United States to gain any supremacy there would mean that Tehran’s close cooperation played an integral part in this strategy.

China has realized the great potential that nuclear energy market in West Asia can provide.

A balancing act with Iran’s adversaries

To avoid picking sides too firmly (and thus fostering needless peril), Beijing is also working to enhance cooperation with Saudi Arabia, an arch-rival of Iran.

But Beijing views Riyadh also crucial for the success of the One Belt One Road plan, too. Cooperation with Saudi Arabia is also crucial to increase China’s influence in Middle East.

Thus, despite being an ally of Iran, Beijing has maintained a diplomatic stand on the crisis in Yemen where Saudi Arabia is fighting against Iran backed Houthi rebels.

A Chinese Foreign Ministry spokesperson was quoted saying that China hopes “clashes in Yemen can come to an end as soon as possible and there can be reconciliation so the country can return to stability.”

Still, it all comes back to the region’s nuclear opportunities – now a civil race, instead of an arms race. As Beijing revamps itself from a nuclear customer to a supplier, Middle Eastern countries seeking to expand their nuclear energy market have turned to Beijing. China is cooperating with Saudi Arabia itself on the nuclear front, despite its closer nuclear ties to Iran.

China has also sought to sign a Memorandum of Understanding (MoU) with Egypt to cooperate in the construction of nuclear power reactors.

In 2015, China and Jordan agreed to strengthen their nuclear cooperation. China is also cooperating with Turkey for construction of nuclear power plants for Turkey.

Therefore, it is clear that Beijing would grab every opportunity it can to expand its nuclear energy market in the Middle East. China’s early assistance with Iran’s controversial and often-covert nuclear program ended up encouraging a regional push toward nuclear programs – with China at the ready to supply.

The China-Iran cooperation in nuclear field on its peaceful use is likely to grow from strength to strength. China views Iran as a great scope for investment opportunity.

For Iran, Chinese investments would play an important role to revive the Iranian economy long stalled by the receding nuclear impasse.

With sanctions now to be lifted off Iran, China sees Iran as major market in Middle East.

China and Iran plan to build economic ties worth up to $600 billion.

Western ability to re-impose sanctions would become difficult with cooperation between China and Iran.

China can exert greater influence in the Persian Gulf region by forging a strong relationship with Iran.

Debalina Ghoshal is a Research Associate at the Delhi Policy Group.

With sanctions now to be lifted off Iran, China sees Iran as major market in Middle East.

China and Iran plan to build economic ties worth up to $600 billion.

Western ability to re-impose sanctions would become difficult with cooperation between China and Iran.

China can exert greater influence in the Persian Gulf region by forging a strong relationship with Iran.

How Sgt. Pepper Arrived in Yugoslavia