With nobody willing to sacrifice for the greater good, how will we solve global warming?

With nobody willing to sacrifice for the greater good, how will we solve global warming? 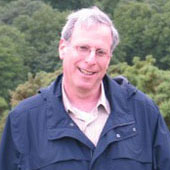 When an agreement is demanding, lots of signatories cheat. When it is not demanding, there is lots of compliance with what little is asked for — but then there is also little, if any, beneficial effect.

Who has what incentives? There is a natural division between the rich countries, whose prosperity does not depend so much on toasting our planet, and the poor countries, who really have no affordable alternative (yet) to fossil fuels and carbon emissions. They have an incentive to do whatever it takes to improve the quality of life of the people they govern.

As the Indian government is fond of noting, sure, the people living in the developing world are increasing their incomes rapidly as they increase their carbon dioxide emissions, but they are still a pale shadow of what rich countries like the United States have emitted over the centuries when they were going from poor to rich.

If the poor listen to the rich, they could be in big political trouble. And when the fast-growing poor surpass the rich, the tables will turn. China, India, Brazil and Mexico will then cry out for environmental change because that will protect their future advantaged position, while the relatively poor of that day — 100 or 200 or 300 years from now — will resist policies that hinder their efforts to climb to the top.

The rich will even fight wars to keep the rising poor from getting so rich that they threaten the old political order. (The rising poor will win those wars, by the way.)

If you doubt it, take a look at the election record of green parties around the democratic world.

Moreover, who will endure the political and economic costs when poor countries trot out starving children — children who would not be starving if their families could just keep on burning cow dung? We are quicker to be softhearted than we are to be green — and really, is that so bad?

So how might we solve global warming and make the world in 500 years look attractive to our future selves? We 21st century folk know of well over 100 chemical elements and a long list of forces of nature.

In Christopher Columbus' time, people pretty much only knew rain, wind, fire and earth. They also knew hardly anything about exploiting rain, wind and fire. We sure do, and surely we will know more in the future. Rain, wind and fire — they can and will solve global warming for future generations.

In my view, the reason mandatory emission standards will not be so high in 2050 is because few will care to fight that fight. It won't matter. New wind, rain and solar technologies will be solving the problem for us.

Editor’s Note: This feature has been adapted from Bruce Bueno de Mesquita’s book, “The Predictioneer’s Game.” Copyright 2009 Random House. Reprinted with the permission of the publisher.

If the poor listen to the rich, they could be in big political trouble. And when the fast-growing poor surpass the rich, the tables will turn.

If the poor listen to the rich, they could be in big political trouble. And when the fast-growing poor surpass the rich, the tables will turn.

The Scarecrow of State Capitalism