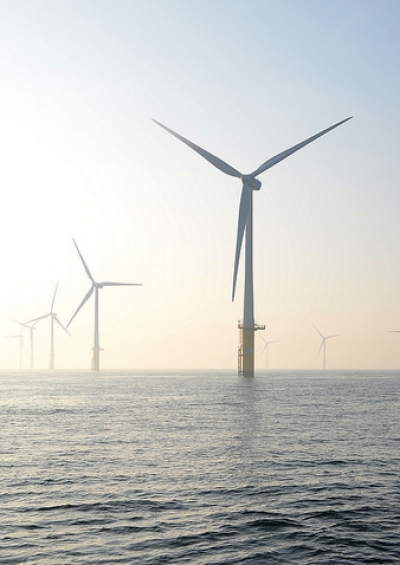 President Donald Trump always needs an enemy. Considering that this is Christmas season, he has apparently laid off attacking people for a brief moment and is going after wind power instead.

In a speech to the conservative student group Turning Point USA, Trump told the students that he “never understood” the allure of wind power plants. By many accounts, President Trump doesn’t understand the allure of many things.

Trump thus ups the ante on Don Quixote in the latter’s fight against windmills. While Don Quixote merely thought those (imaginary) windmills were giants, Trump thinks that wind power is the source of some biblical evil.

The self-unmasking of a President

Anybody who has ever thought Trump was for real should just read the following presidential declaration, which is between completely delusional, totally illogical and utterly pompous: “I never understood wind,” said Trump. “I know windmills very much, I have studied it better than anybody.”

I know it is very expensive. They are made in China and Germany, mostly, very few made here, almost none, but they are manufactured, tremendous -if you are into this- tremendous fumes and gases are spewing into the atmosphere. You know we have a world, right?

These words are coming from the person who, more than anybody else, has shown a total disregard for climate change around the world.

But Trump is yet more ambitious. He profoundly declares:

So the world is tiny compared to the universe. So tremendous, tremendous amount of fumes and everything. You talk about the carbon footprint, fumes are spewing into the air, right spewing, whether it is China or Germany, it’s going into the air.

Forget Trump’s total disregard for the basic rules of grammar and common sense. This is about incontrovertible evidence that the current occupant of the White House obviously no longer has any critical faculties in his brain mass.

The facts vs. Trump

Suddenly, Trump has become a protector of bird life. As he said, referring to wind power plants:

They are noisy. They kill the birds. You want to see a bird graveyard? Go under a mill someday. You’ll see more birds than you’ve ever seen in your life. You know, in California, they were killing the bald eagle. If you shoot a bald eagle, they want to put you in jail for 10 years. A windmill will kill many bald eagles. It’s true.

Well, the reality is otherwise. According to a study published in the 2015 Annual Review of Ecology, Evolution and Systematics that has the most recent research data on direct bird mortalities in the United States, wind turbines kill far fewer birds than cats, buildings or cars.

Cats, particularly, are the No. 1 bird killer by a long shot, with an estimated 2.4 billion bird deaths annually. Perhaps, we should start protecting cats, should Mr. Trump, in his zeal to protect birds, decide to eliminate them.

What is behind President Trump’s rant against wind power? Some observers point out that the real reason for Trump’s hatred is that approximately a decade and a half ago he bought a gold course in Scotland. He soon learned that an offshore wind farm was being planned nearby.

Concerned that this would hurt the views from his golf course, Trump launched a vitriolic campaign to block the installation of the wind farm.

A prominent local opponent of the golf course was chosen as Scotsman of the Year by Glenfiddich Scotch. As revenge (remember that Trump is big on revenge), Trump subsequently banned Glenfiddich Scotch from his properties Tweeting, “Glenfiddich is a joke, should have chosen Andy Murray — U.S. Open & Olympic gold winner — as Top Scot instead of a total loser!”

Even so, the loser in this battle was him. He lost the legal battle against the Scottish government and was ordered to pay $290,000 in legal fees.

Other observers think, as many conservatives do, that Trump sees wind mill energy as a way to challenge climate change activists. Trump ignores that, although wind turbines aren’t totally safe in terms of the emission of toxic fumes, their scale of contamination is much lower than that coming from other more traditional sources of energy.

As stated by Dallas Lloyd (Wind Energy: Advantages and Disadvantages), wind power has some disadvantages. Constructing turbines and wind facilities is still very expensive, which limits their use. New technologies are needed to lower costs, reduce noise and their environmental impact and improve manufacturing facilities.

However, the advantages of wind power far outweigh the disadvantages. Among them are that wind being a natural phenomenon, harvesting its power is a clean, low-polluting way of generating electricity.

Unlike other kinds of power plants, wind power is far more eco-friendly than burning fossil fuels and, more importantly, has the possibility of considerably reducing the United States’ dependency on fossil fuels.

If wind power were dubious to conservative causes in the manner embraced by Trump, the very conservative U.S. states of Texas and Oklahoma surely wouldn’t be the top producers of wind power in the United States.

Trump always needs an enemy. Considering that this is Christmas season, he has stopped attacking people for a moment and is going after wind power instead.

Suddenly, Trump has become a protector of bird life. As he said, wind turbines are noisy. They kill the birds.

Trump always needs an enemy. Considering that this is Christmas season, he has stopped attacking people for a moment and is going after wind power instead.

Suddenly, Trump has become a protector of bird life. As he said, wind turbines are noisy. They kill the birds.

Trump Vs. the “Deep State”?