Climate Change: The Biggest Business Opportunity of Our Time

We already have technologies and policies in place to tackle 50% of the climate challenge. What is the best strategy to get the rest? 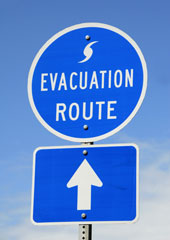 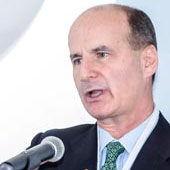 I am a realist even more than I am an optimist. And that is precisely why I see the challenges of our generation not as daunting, but as exciting opportunities. Far from being the biggest threat, I see climate change as the greatest business opportunity of our time.

Every day, I am amazed by the caliber of the entrepreneurs I meet and the ingenuity of their innovative business models and breakthrough technologies. From skysails on cargo ships to renewable jet fuels made from algae, proven technologies exist today to move our world towards a low-carbon economy.

What we need in order to unleash this highly productive revolution is greater market demand for these budding technologies and the capital to bring them to significant scale. According to a UN Economic and Social Affairs’ report last year, the world needs to commit $1.9 trillion dollars per year in green technology investments over the next ten years to claim success.

But we also need to remove the market barriers that are currently stopping the successful scaling of these technologies globally.

The Carbon War Room (an organization I became president of in March 2012) exists to help entrepreneurial leaders achieve profitable, billion ton-scale carbon emissions reduction. It looks for sectors where carbon can be saved and money made at the same time. It works in a complimentary fashion to policy, but doesn’t bank on it changing.

In many instances, technology is not the bottleneck. The Carbon War Room focuses on dismantling market barriers to capital and getting money moving to climate change solutions.

You could say we are a non-profit organization that is focused on generating profit opportunities for anybody interested in changing the current path on climate change. Whether it’s getting new financing moving in energy efficiency, accelerating market information transparency in shipping, or our newest initiative in aviation, the aim is always the same: to create strategic partnerships that develop unstoppable momentum from the get-go.

Our strategy at the Carbon War Room is to dismantle market failures by allowing strategic buyers (with an abiding interest to reduce costs) to place the right bets for the long term on an affordable, scalable, sustainable future energy choice.

The maritime shipping sector emits one billion tons of CO2 from 100,000 vessels every year. Some of the vessels are fuel efficient, but most are not — a fact that makes this a huge market opportunity. Ship owners can save upwards of $70 billion on fuel every year, and the greater fuel efficiency would reduce the sector’s emissions by 30%.

But for this to happen, entrepreneurs’ technologies need to be retrofitted to the vessels. Some of these include, but are not limited to, low-friction paint to reduce drag on the ship’s hull, new and innovative propeller designs, and next-generation sails. Imaginative stuff!

So what is the problem? The problem is that most of the cargo crossing the ocean is on chartered ships: ships chartered by big retailers and importers — who pay the fuel bill. They don’t know how efficient the vessels they charter are — and because their customers pay the fuel bill, there is no incentive for the ship owner to fit new technologies. The market barrier is information on vessel fuel efficiency.

As a response to this market barrier, the Carbon War Room launched ShippingEfficiency.org, a website that rates shipping vessels on an “A to G” scale based on their fuel efficiency. More than 70,000 vessels have already been rated.

Over 500 of these vessels have had their data verified or corrected and a score of shipping customers have already put internal policies in place to “avoid G-rated ships.” Thus, demand is being created for fitting technologies. The team is now working with ports to market their “clean ship” practices and advocating for third-party money to enable vessel retrofits.

The renewable jet fuels market can achieve significant scale by 2020. In 2011 alone, airlines spent $140 billion on kerosene-based jet fuel, and $200 billion is projected for 2012.

Yet, alternatives are available. Two types of renewable jet fuels have been approved for use in the last 18 months, and several more are in the testing and certification pipeline. In addition, the first few commercial renewable jet (and diesel) fuel production facilities came on line this past year. But while there is growing momentum behind renewable jet fuels, significant market barriers remain.

Renewable fuel entrepreneurs are struggling to meet capital requirements, due in part to investor uncertainty in such a complex technology and market landscape. There are also concerns surrounding the entire value chain, the scale-up risk, technology status, environmental and carbon impact, and feedstock availability, as well as perhaps the most critical concern: the cost.

With all these barriers inhibiting the scale-up of biofuels, there is currently no publicly available source of information documenting or comparing these factors across companies. To solve the information barrier, we teamed up with Elsevier, a Dutch Fortune 500 company and world’s largest scientific publisher, to build an online database of companies.

In December 2011, the Carbon War Room created RenewableJetFuels.org, which evaluates and ranks companies based on criteria such as economic viability, scalability and sustainability. There are now over 100 companies that our team is tracking in the database, which is cross-checked and curated by industry experts.

We are also helping to get renewable jet fuel deals done (deals that will become the model for the industry to follow), starting with Virgin Atlantic Airways and other partners. The Carbon War Room is looking at a variety of deal models, such as long-term (~30 years) biofuels hedging deals with a consortium of airlines, feedstock and refinery development in southern Africa, and a U.S. farmer-refiner shared equity deal led by key farmer-investor partner.

What these solutions share is the power of the market. None of them rely on government intervention.

With all this in mind, this June I will go to the UN’s Rio+20 conference on sustainable development in a very optimistic mood. There is a clear role for entrepreneurs to play there — and beyond — to help us reduce the 17 gigatons of carbon needed to stabilize the future. The Carbon War Room provides exciting avenues of new thinking, and action, to get us there.

There is a clear role for entrepreneurs to play in helping us reduce the 17 gigatons of carbon needed to stabilize the future.

In many instances, technology is not the bottleneck in combating climate change. Dsmantling market barriers is.

Maritime shipping emits one billion tons of CO2 from 100,000 vessels every year. Some are efficient, but most are not. The market opportunity is huge.

There is a clear role for entrepreneurs to play in helping us reduce the 17 gigatons of carbon needed to stabilize the future.

In many instances, technology is not the bottleneck in combating climate change. Dsmantling market barriers is.

Maritime shipping emits one billion tons of CO2 from 100,000 vessels every year. Some are efficient, but most are not. The market opportunity is huge.