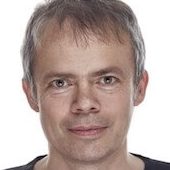 Dieter Schnaas has worked as head of copy, chief reporter and author at the German business magazine “WirtschaftsWoche” since 2003.

He comments on political events in Berlin and portrays people in the business world. He writes reports from all parts of the world as well as philosophical essays on the background of social, financial and economic issues.

In 2010, he published a book titled “Little Cultural History of Money”, in which he breaks with the iron rules of classical national economics and uncovers the 2,700-year-old background of modern monetary and sovereign debt crises.

How Europe Sidelines Itself in World Politics

Reflections on leading European nations in deep domestic trouble, including a Germany that apparently can only think of itself.

The Tourist Conquest of Space

Is private space flight just a thrill for the highly privileged, a horse race for U.S. billionaires?