Geopolitics After COVID 19: Conflict or Cooperation?

In absolute terms, all states or groups of states around the globe are going to emerge weakened from the 2020 coronavirus crisis. 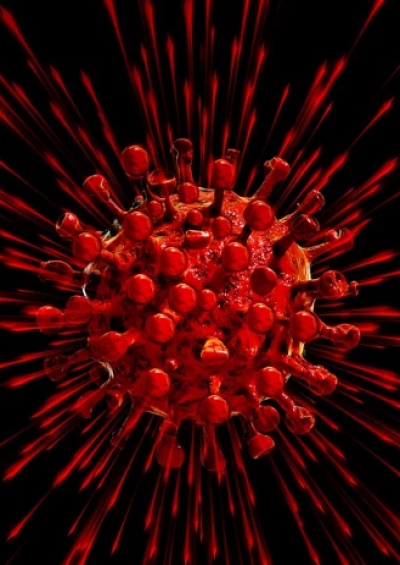 Geopolitical rivalry, and the reasons that sustain it, has not stopped with coronavirus.

Depending on its depth and duration, the crisis could lead to a more cooperative or a more divided world. Or it could lead to ongoing tension between these two alternatives for an indefinite period.

Here are some core tenets of the current geopolitical environment:

• In absolute terms all states or groups of states are going to emerge weakened from this crisis.

We may witness greater or lesser geopolitical rivalry, but based on weaker powers. This could possibly result in temptations to overreach. However, they come along with reduced abilities to act upon them.

• The UN has been completely absent during the crisis. Only a restoration of trust among the great powers will be capable of establishing the centrality of the UN Security Council.

The WHO has proved inadequate. A much better equipped global health system is needed.

Now, with the Saudis in the chair not so much. At the present time, the G20 is being reduced to a framework lacking genuine capacity for coordination.

The existing structures do not work. Here are some of the most likely structural developments:

Acceleration of the process of de-Westernization

This was already underway owing to the rise of the East (which could, nonetheless, be slowed down, although not reversed by the crisis) as well as because of the internal divisions within the West.

One of the intriguing questions: Will we become more “Asiatic” in terms of a general mindset, and therefore more community-minded and less individualistic?

The decline of Europe has been described for a long, long time. Currently, there are even real concerns about the collapse of the EU if it is not able to react in a concerted fashion post-COVID 19.

Conversely, the reality shock of, and the pressures from, the COVID 19 crisis may be strong enough to bring about new economic and geopolitical progress towards European integration.

U.S. absenteeism: How much longer?

During the pandemic, U.S. global leadership has been completely absent, in marked contrast to the Obama administration’s reaction to the Ebola epidemic.

One factor that will weigh decisively on scenarios over the medium term is whether Donald Trump is re-elected in November.

A Democrat such as Joe Biden in the White House from January — likely with a female Vice President who could replace him at any time, if needed — could drive a more multilateral approach.

That would imply more attention being given to the importance of allies to the United States, while the U.S. distancing to Russia and China would be maintained.

The U.S.-Chinese rivalry will continue

This rivalry will become a structural factor in the (new) world order, especially with regard to the struggle for technological and ideological domination.

China, following its management of the health crisis, has seen an opportunity to bolster its international image (and utility). However, as more becomes known about what actually happened with the outbreak, China’s currently rather good image may change.

In addition, China has major internal economic and social problems, which may undermine the financial capabilities it has earmarked for some of its geopolitical instruments, such as the Belt and Road Initiative.

Even so, the world’s center of gravity will continue shifting towards the East, including in ideological terms.

There are many other pressing issues to be dealt with. On most of them, trendlines are not moving in a positive direction.

For example, the need to prioritize national aid for the underprivileged will reduce development aid even further and also cast even greater doubt on the attainment of the 2030 Sustainable Development Goals.

And, of course, we are back at a time where countries only a short while ago being deemed as emerging may well be submerging. That isn’t just true for Africa and Latin America. Due to the steep fall in the oil price, Russia faces severe problems.

Three scenarios for the path ahead

Amidst this convoluted and heavily burdened global landscape, let me set out three illustrative examples as base scenarios.

In doing that, I am fully aware of the dangers of simplification. But one way or another, we need to attempt to get a grasp of a reality that is enormously complex.

Scenario 1: Each for himself

The United States, the self-ascribed richest country on earth, has already reached a staggeringly high unemployment levels. But it certainly isn’t just there that the lure of deglobalization (“my country first”) is offered up as a way out.

Social unrest can further strengthen the populists and authoritarian regimes. Presumably well-established democracies will possibly have to contend with the collapse of the middle classes. If not global chaos, the forces of de-Westernization and de-Europeanization will find further fuel.

This is the rosy scenario. While the health crisis persists over the mid-long term, the spirit and logic of real international cooperation kicks in, both in the fight against the virus and in the recovery from the economic crisis.

The G20 provide useful fiscal stimulus measures and there are moves toward a global health system. There is a gentle reform of capitalism, providing for a greater role for the public sector. Social protests are limited thanks to direct aid and lines of credit for companies.

Thus, there is limited de-globalization. We even see greater European integration, with the financial and political institutions working in the same direction. Trust in governments recovers.

Geopolitical confrontation between the United States and China, and with Russia, is considerably lowered. At times, it seems as if the spirit of a single humanity could thrive.

Scenario 3: Step by step muddling through

Here is the middle scenario: The crisis persists over the short-medium term. There is a degree of international cooperation in the healthcare field, but there is no coordination in the fiscal-economic realm. The economy in the EU as a whole starts to recover slowly, but it does not revert to its position prior to the crisis, remaining for a time in depression.

Social protests rise due to the high levels of unemployment which show no sign of abating, but the system does not collapse. While there are localized coronavirus events, we do not see a reactivation of global flows.

What we see is more nationalism and protectionism. The EU remains half-built. The ECB, the EIB and the Commission all function, but the European Council does not succeed in coordinating itself and acting in an integrated way on the joint fiscal stimulus issue.

It is clear that the second scenario is the most advantageous, while the first is the least advantageous. The likely outcome of a “new normality” is a mix.

Editor’s note: This article is based on an analysis published at Elcano Royal Institute: Coronavirus: trends and landscapes for the aftermath.

All states or groups of states are going to emerge weakened from the coronavirus crisis.

The coronavirus crisis could lead to a more cooperative or a more divided world, depending on the pandemic’s depth and duration.

A much better equipped global health system is needed. The UN has been completely absent during the coronavirus crisis and the WHO has proved inadequate.

US global leadership has been completely absent during the coronavirus pandemic -- in contrast to the Obama administration’s reaction to the Ebola epidemic.

China sees the coronavirus pandemic as an opportunity to bolster its international image. The world’s center of gravity will continue shifting East -- including in ideological terms.

All states or groups of states are going to emerge weakened from the coronavirus crisis.

The coronavirus crisis could lead to a more cooperative or a more divided world, depending on the pandemic’s depth and duration.

A much better equipped global health system is needed. The UN has been completely absent during the coronavirus crisis and the WHO has proved inadequate.

US global leadership has been completely absent during the coronavirus pandemic -- in contrast to the Obama administration’s reaction to the Ebola epidemic.

China sees the coronavirus pandemic as an opportunity to bolster its international image. The world’s center of gravity will continue shifting East -- including in ideological terms.