Delhi Opts Out of Modi Mania

The Delhi Assembly election may have an unwelcome outcome for the BJP. 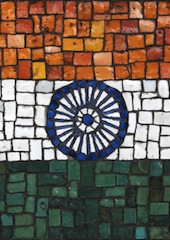 India’s Prime Minister Narendra Modi is still basking in the glory of the recent visit by Barack Obama, the U.S. President and his latest best buddy.

So it would be a most unwelcome dampener for him – and a complete surprise for the outside world – if his electoral good fortunes were to come unraveled this weekend in the elections for the Delhi Assembly. The results will be announced on February 10.

Charismatic leadership, like Mr. Modi’s today and Indira Gandhi’s in the past, is certainly a huge advantage in national elections. However, it alone is not enough to carry a local election.

The Delhi election is likely to make this point to leaders yet again: It is highly unlikely that the BJP will get a majority when the votes are counted.

The media blitz, the frenetic campaigning, the Cabinet ministers unleashed in January to make up for inept local leadership, these steps all reinforced the general impression of panic at the BJP high command.

The BJP also got completely enamored with its grand project of governing India and forgot that local votes have to win locally. The fact that, in the May 2014 national election, the BJP won all the Lok Sabha seats in Delhi by hanging onto Mr. Modi’s coat tails should not have induced the lethargy it did.

In comparison, Arvind Kejriwal never let his guard down. He also had the advantage that the Aam Aadmi Party (AAP) was purged of interlopers, self-servers and free-lunchers. All of them left when the party’s prospects seemed dim, after the May 2014 debacle in the national elections.

Lean and hungry, core AAP supporters kept reaching out to voters. They refined their agenda to suit the Muslims, Christians and disenchanted Congress supporters and carried their message door to door.

In December 2013, the AAP did surprisingly well in the Delhi elections, getting 40% of the seats and formed a government with outside support. In the short period of 49 days that they were in power, they put a lid on the pervasive harassment by the police and municipal corporations

This vital fact on the ground is still very fresh in people’s memory. The turn back to corruption also reinforces the impression that Mr. Modi’s extraordinary executive capacity and his expansive aspirations for India are not reflected in the rest of the leadership of the BJP, his party.

In comparison, the AAP became “tempered” in defeat. Its leaders humbly accept that they erred in resigning. They appear more politically savvy these days.

They kept up their strategy of ground-level contact and, this time around, are hungry for power. The belief is strong that an AAP government will enforce “freedom from petty corruption.”

Delhi, a city of “winners”

The Delhi area has the highest per capita income in India. Its public services are both highly subsidized and superior in quality compared to those elsewhere. It is not surprising, therefore, that it has been a “destination city” for the last two decades.

The people who live in Delhi are people who have self-selected themselves as “winners.” They have traveled to the capital region on very different avenues.

Some have entered government service through an exactingly competitive process. Many more have migrated from the surrounding areas with “fire in their belly” to earn a better life. Yet again others lead small and medium scale tourism, hospitality, IT and export businesses.

These are highly entrepreneurial people and expect to see the same quality in their leader.

Mumbai is no different. Maharashtra state’s chief minister Devendra Fadnavis is so conscious of his relative youth (he is 44) and inexperience that he takes every opportunity to dispel the notion that he is just a shoo-in of Prime Minister Modi’s. He needs to do that if he is to govern the proud Maharashtrians credibly.

The next question that arises is this: Is the BJP’s likely poor showing in Delhi a harbinger of what will happen in other state elections, such as Bihar?

If so, that could become a big political headache for Narendra Modi. Given all the excitement he has created about a more dynamic future for India, setbacks in state elections in various parts around the country are not what his political script foresees.

India’s Prime Minister Narendra Modi is still basking in the glory of the recent visit by Barack Obama.

It is highly unlikely that the BJP will get a majority when the votes are counted.

Is the BJP’s likely poor showing in Delhi a harbinger of what will happen in other state elections, such as Bihar?

India’s Prime Minister Narendra Modi is still basking in the glory of the recent visit by Barack Obama.

It is highly unlikely that the BJP will get a majority when the votes are counted.

Is the BJP’s likely poor showing in Delhi a harbinger of what will happen in other state elections, such as Bihar?