Japan Must Own Up to Past Actions

Diaoyu Islands: China’s posture reflects Japan’s failure to show contrition for the past. 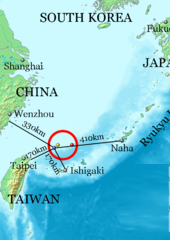 History is rich in ironies and reversals of fortune, but lessons are rarely learned. The 2013-capping crisis between China and Japan over the sovereignty of the Diaoyu Islands came only days before the 70th anniversary of the Cairo Declaration during World War II.

The declaration, issued on Dec 1, 1943, lays down the conditions set by Winston Churchill of the United Kingdom, Franklin D. Roosevelt of the United States and Chiang Kai-shek of China for Japan’s surrender.

The war before the war

For China, World War II did not start on Sept 1, 1939, or on Dec 7, 1941, with the surprise Japanese attack on the U.S. Pacific Fleet at Pearl Harbor, Hawaii. It arguably began in 1931 when Japan occupied Northeast China.

The Chinese people suffered the horrific climax of what was to become World War II in the terrible summer of 1937, four and a half years before Pearl Harbor and more than two years before Hitler invaded Poland, following which Britain and France declared war on Nazi Germany.

During that summer, the Imperial Japanese Army marched up the Yangtze River valley to Nanjing killing at least 300,000 Chinese civilians. The campaign culminated in the infamous “Rape of Nanjing,” a war crime so heinous that it even horrified Nazi German civilians and diplomats.

The aim of the campaign was to terrify and traumatize the Chinese people into accepting Japanese imperial rule forever. It didn’t work. But for the Chinese people it was the beginning of sufferings, not the end. By 1945, more than 16 million Chinese civilians had been killed as a direct result of the war and Japanese occupation.

It was the terrible climax and consequence of China’s “century of powerlessness” that began with Britain’s war of aggression of 1840-42 to force China to accept unlimited opium imports.

Reflecting the long and terrible suffering of the Chinese people in that conflict, the Cairo Declaration pledged to put unrelenting military pressure on Japan until it agreed to unconditional surrender.

It insisted that Japan be stripped of all the islands it had seized or occupied in the Pacific Ocean since the beginning of World War I in 1914. And it made it very clear that all the territories Japan had seized from China in nearly half a decade of aggression since 1895 should be restored to China.

Twenty-first century Americans are virtually ignorant of the appalling suffering Chinese people endured during that period, or of the deep conviction it generated among succeeding generations of Chinese that the world’s most populous nation with its 5,000-year history should never again be subjected to such horrors.

Yet for all of Japan’s great achievements in building the world’s second largest economy since World War II (now third after China), its leaders have never stood up and fully expressed contrition and remorse, and taken moral responsibility for their country’s appalling crimes during that period.

This silence stands in striking contrast to the moral courage of successive German chancellors from Konrad Adenauer to Angela Merkel who have minced no words in expressing their abhorrence for and rejecting of their country’s Nazi past.

In contrast to Germany’s sincere apologies, Japanese politicians have repeatedly denied the scale and horrors of their invasion and occupation of China and the widespread enslavement of hundreds of thousands of Korean and Chinese “comfort women.”

But this policy of Japanese politicians continues to backfire. The more Japan tries to bury its horrific crimes of World War II, the more fear and distrust it generates in China, the Democratic People’s Republic of Korea and the Republic of Korea. China’s anger and reaction to Japan’s renewed claims to the Diaoyu Islands can only be understood in this context.

Now, seventy years after the Cairo Declaration, is the time for Japanese leaders to face up to that terrible, dark chapter in their nation’s history.

U.S. President Barack Obama has repeatedly displayed a keen and admirable sense of history and sympathized with people for their suffering. It’s time he, given his influence over Japan, urged Japanese politicians to follow this course of action and make it clear to the Chinese people that he understands their suffering and respects historical memories.

Chinese people suffered their horrific climax of what became WWII four and a half years before Pearl Harbor.

The suffering the Chinese endured at Nanjing have fueled a determination never again to be subjected to such horrors.

For all of Japan’s great achievements, its leaders never took moral responsibility for Japan’s appalling crimes.

In contrast to German apologies, Japanese politicians have denied the scale and horrors of wartime actions.

70 years after the Cairo Declaration, Japanese leaders must face up to that dark chapter in their history.

Chinese people suffered their horrific climax of what became WWII four and a half years before Pearl Harbor.

The suffering the Chinese endured at Nanjing have fueled a determination never again to be subjected to such horrors.

For all of Japan’s great achievements, its leaders never took moral responsibility for Japan’s appalling crimes.

In contrast to German apologies, Japanese politicians have denied the scale and horrors of wartime actions.

70 years after the Cairo Declaration, Japanese leaders must face up to that dark chapter in their history.