Do We Know How to Develop?

Does economic growth always lead to a better quality of life?

Does economic growth always lead to a better quality of life? 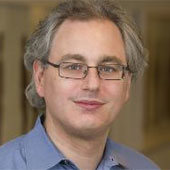 Charles Kenny is an author and senior fellow at the Center for Global Development.

Can you name the eight countries in the world that managed to more than quadruple their per capita GDP between 1929 and 1988? They are Japan, Taiwan, South Korea, Italy, Norway, Finland, Bulgaria — and the USSR.

Evidently, the most surprising entrants here are Bulgaria and the USSR. Based on those data, should we resurrect communism as a successful development model? Of course not.

World War I — and the Bolshevik revolution that followed on its heels — then destroyed most of Russia's already limited industrial base.

By 1920, output in the Soviet Union's large-scale industry was estimated to have been only 12.8% of its meager 1913 level. In fact, the country did not return to its pre-World War I level of production until 1927.

But after the end of its civil war that followed the October 1917 revolution, Soviet growth exploded.

The period between 1928 and 1937 — during which farms were brutally collectivized, a man-made famine killed as many as ten million people in Ukraine and Stalin's great terror was unleashed — the Soviet Union was the fastest growing country in the world.

Or, at least, it was the fastest growing out of the 40 major countries for which the OECD has data. Between 1937 and 1950, the Soviet Union was the ninth-fastest in economic growth out of the same 40 countries.

This accomplishment came despite losing 20 million people and the destruction of a large proportion of its productive capacity in World War II. After the war, between 1950 and 1970, the USSR was the 16th-fastest growing country.

And while the USSR did drop down to seventh-slowest in the 1970-88 period, this still saw the country grow faster than New Zealand, Switzerland, Argentina, Chile, Peru and Venezuela.

Looking more broadly at the experience of Eastern Europe as a whole under communism, other countries in the region did even better than the Soviet Union. Over the 1937-88 period, Romania was the 16th-fastest out of 40 in terms of growth.

This compares to the United States in 20th place and the USSR in 21st. Bulgaria for its part was 11th-fastest — ahead of Brazil, France, Sweden and Germany. And Yugoslavia was seventh-fastest — just ahead of South Korea.

After World War II, many in the development arena recognized this solid performance.

According to Paul Krugman, in the 1950s, the general view amongst economists of Soviet planning was that "it might be brutal, and might not do a very good job of providing consumer goods, but it was very effective at promoting industrial growth."

An early economics textbook, Alfred Bonne's “Studies in Economic Development,” published in 1957, suggested that "the price paid in the Soviet model in terms of either human cost or wasted capital investment does not frighten political leaders in underdeveloped countries whose choice for improvement of marginal conditions of human existence is very limited."

Yet, more recent texts on economic growth have remarkably little positive to say about the Soviet economic model over the longer term.

David Landes, in his otherwise magisterial ‘The Wealth and Poverty of Nations’ published in 1998, argues that the post-war record suggests, "among the heaviest losers in this period of record-breaking economic growth and technological advance were the countries of the communist-socialist bloc: the Soviet Union at the bottom of the barrel."

As we have seen, the evidence just doesn't support him here.

Most econometricians looking at 'the causes of economic growth' over the last few years have also ignored the record of Soviet growth, although using a different approach. They just remove Eastern Europe from their statistical samples.

Why the change from grim acceptance of the sometime economic success of communist models to active ignorance?

Most modern growth theoreticians now see liberal political and economic systems and openness as the central force in the growth and development process.

Obviously, the Soviet Union is a pretty clear exception to this theory — it is hard to think of a less politically liberal or economically open country than the USSR in the 1930s.

Nonetheless, if Eastern Europe in the post-war period was the only exception to the new orthodoxy on what causes economic growth, that orthodoxy would remain fairly persuasive.

After all, the communist economic model's success was in an earlier time, it collapsed in the end — and from a social, political and environmental point of view, it was an appalling mistake.

Sadly, however, Eastern Europe's post-war experience is not the exception that proves the rule of the new growth orthodoxy.

A second good example is the post-communist experience of the former Soviet Union. Russia, moving sporadically towards a more liberal economy, has seen its per capita income almost halve since the end of the Cold War.

Other exceptions abound. China, still officially communist, has seen incomes double since the fall of the Berlin Wall.

'Good' reformers in Africa, following the new liberal orthodoxy, have grown at perhaps 0.5% per year during the 1990s — lower than their growth rates in the 1960s and 1970s, when states controlled industry, agriculture and prices.

At the same time, any defenders of state-led, investment-led growth also have some explaining to do.

Russia may have collapsed, but the post-cold War performance of Poland, Hungary and the Czech Republic has been very strong — and this follows on from a comparatively weak performance under communism.

Meanwhile, Southeast Asia is — or at least should be — an embarrassment for both sides. Before the 1997 crisis, fans of state-led growth used the region to demonstrate the importance of strong government — and champions of the market claimed that East Asia showed the success of openness.

After the crisis, with remarkably little irony on either side, the proponents of state-led growth argued that openness was to blame — while the adherents of the free market blamed excessive intervention.

The level of the confusion in which development economists find themselves on the topic of the causes of economic growth is suggested by two articles published in The Economist, both written by Columbia University economist Jeffrey Sachs.

In the first, published in June 1996, Sachs argued that had African policymakers merely followed an agenda of open markets, African countries would have grown even faster than the countries of East Asia.

But in the second article, published in June 1997, Sachs argued that even if they had the policies right, Africa would have grown 2.3% per year slower than East Asia — because of poor soil, geographic isolation and a bad climate.

In fact, no single explanation — from the political left or right — of 'what causes growth' survives cross-country examination terribly well.

Why this confusion? At heart, it is because economists are looking for too easy an answer. The answer to the question 'what causes economic growth?' is not 'investment' or 'trade' or 'education' or 'technology' — or any one 'X' at all.

Instead, the answer is, 'it depends.' What causes economic growth in a country depends on where a country is, what it is like — and when we are looking at it. Circumstances are very important.

They found that what appear to be quite powerful causal factors behind economic growth across countries in the 19th century are weak at explaining the record of growth in the late 20th century.

Because of this, they call for an end to 'universality-of-theory-and-policy' global prescriptions.

As a result, the assumption that trade opening (or higher tariffs), basic education (or advanced research), or investment will cause economic growth is an over-simplification.

Under particular circumstances, trade, education or investment might cause growth. In other times or places, they might even retard economic growth.

And using the tools we have to understand the workings of the growth process, it is not terribly easy for us to tell what will have an impact on growth where and when.

This de facto ignorance is true even in highly developed economies, such as the United States.

Economic forecasters of both left and right would be more accurate if they abandoned their complex economic models — and used the current growth rate as their estimate for next year's growth. We just do not know terribly much about the growth process.

Overall, it seems that the Soviet record is not a strange anomaly in an otherwise solid record of achievement in explaining cross-country economic growth experiences. In fact, the Soviet case is pretty much the standard.

It fits some (once) popular models of economic growth — and contradicts others. An impartial judge would say the same about every growth experience and find that the overall record of most models and theories at explaining or predicting economic growth was about equally as bad.

Luckily, however, the second thing that the Soviet experience suggests is that we should not confuse economic growth with 'development'.

Despite the Soviet Union's comparatively heroic economic performance under communism, nobody would claim anymore that Stalinist Russia was a haven for the good life.

Beyond straightforward terror, massacre and starvation, a range of other factors drove a significant wedge between economic growth and growth in the quality of life in the country.

And again, it appears that the Soviet experience here is the rule, rather than the exception. Quality of life and economic growth appear to a significant degree to be unrelated over the long term.

But Bill Easterly — a former World Bank economist — has found that growth of income over the last 30 years is in no way related to improvements in any of these indicators of the quality of life.

For example, countries with low or no growth and countries with very fast income growth have seen about the same decline in infant mortality rates over the last 30 years.

So what are we to conclude from these rather surprising findings? The boasts of former Soviet leader Nikita Khrushchev, that the Soviet Economy would surpass the United States, or that the Soviet Union would be invited in to run the U.S. economy, look ridiculous in retrospect.

Nonetheless, Eastern Europe's economic performance during the Cold War was respectable — better than Latin America's, South Asia's or Africa's. This performance is but one example of a growth experience that hardly fits a growth theory based around open markets.

There are also a number of counter-examples, which suggest government intervention is hardly a universal catalyst for growth. 'One size fits all' theories do not fit the facts of economic experience and — so far — economists have had little to offer beyond such theories.

More significantly, the Soviet Union — particularly in its moments of most rapid economic growth — offered a quality of life degraded by war, starvation and repression.

By remembering that income generation is supposed to be a means to an end — and that those ends are frequently not met through economic growth — we can better accomplish the goal of an improved quality of life of citizens in developing countries.

Editor’s Note: Mr. Kenny writes in a personal capacity and the views and opinions that he expresses do not necessarily reflect those of the World Bank.

Charles Kenny is an author and senior fellow at the Center for Global Development.