Will Thailand’s elite finally extend education to the masses? 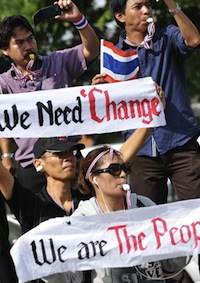 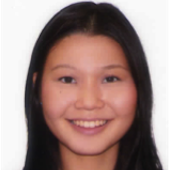 On February 2, 2014, the Thai caretaker government under Yingluck Shinawatra held the first round of elections, after having declared a state of emergency in Bangkok. This is the latest move in a long-standing saga that has polarized the third largest economy in South East Asia for over three months.

The causes for this crisis are manifold. They range from the Yingluck government’s politically foolhardy Amnesty Bill, which would have pardoned political crimes committed between 2004 and 2010, effectively allowing her brother, former Prime Minister Thaksin Shinawatra, to return from exile, to the pervasive accusations of corruption and inefficiency thrown up by both sides of the political impasse.

When it comes to Thailand, Western media tend to focus on the broad themes of corruption, the country’s past trysts with military coups and the democratic deficit.

Not just elections, but elitism and education

It is clear that the constant focus on democratic elections overlooks the roots of the conflict. Put simply, the dichotomy of Thai society is really an elite tussle that was created by the absence of education.

“Rural, poor and uneducated” – these three words are carelessly thrown around by the opponents of the Yingluck government when they are asked to explain why they are against extending the right to vote to the “Thaksin supporters.”

The uneducated incapable of rational decisions?

The “uneducated” label is as revealing as it is damning. Its political purpose is to justify the ineligibility of the predominantly Northern voters. It implies that the Northerners are unable to make decisions based on reason and rational thought. Why? Because the people there are uneducated and are hence easily charmed by the populist promises of Thaksin.

So much for a perfect case of circular logic. That the real response needed may be a relentless focus on education in the rural areas completely escapes Thailand’s urbanized elites. In fact, in collusion with the government bureaucracy, they have seen to it for many decades that the Northerners remain uneducated.

In contrast, Bangkok and the South know better. That’s because people living there have received an advanced education, either from Chulalongkorn or Thammasat University or they have gone abroad to study. Most of the time, it is a combination of both.

If you have only met this bunch of “privileged” Thais, you would be forgiven for thinking that all Thais are well educated and speak English with an impeccable American accent.

EFA is the international initiative designed to bring the benefits of education to “every person in every society,” first launched in Thailand in 1990. The urgency of this learning crisis has also been recently covered in the 2013/14 EFA Global Monitoring Report.

Educational quantity – but not quality

The Thai government provides free education up to 15 years and has achieved a 90.05% net enrollment rate for primary school-age children (as of 2009). However, the quality of education has been on a steady decline. This somber reality stands in marked contrast to the government’s high publicity events, such as the “one tablet per child” pledge by Yingluck back in 2012.

According to UNICEF, the learning level of Thai children in major subject areas has declined over the past 10 years. Data from the World Inequality Database on Education also show that the number of children of lower secondary age who have learned the basics in mathematics has plummeted by 26% between 1995 and 2007. Crucially, the rural/urban gap has widened by three times.

The Thais were actually more advanced back in 1995 when 92% of the population was assessed to have been proficient in basic mathematics. This is a far cry from the state of educational attainment today, which has succeeded in raising attention through negative results in global education rankings.

More money, but bested by Vietnam

The government is pouring more money into the sector, which receives about 20% of the national budget. Yet the country ranks 55th out of 60 countries in terms of English proficiency in the Education First Institute’s rankings in 2013.

In the recent 2012 PISA tests, Thai students, at 50 out of 65 countries, performed worse than their northern neighbor Vietnam. The latter delivered an exceptional performance in its inaugural debut in the PISA rankings. The rankings further highlight the serious disparities between Bangkok and rural Thai students.

Of course, the North/South divide can also be attributed to the purported ethnic and cultural differences within the country. However, the internal educational disparities are far more crucial as they give “educated” Thais a legitimate tool to vindicate their elitist stance.

In much of Asia, especially in Confucian Asian societies, meritocracy tends to produce a small group of technocrat political elites. In the process, equality and peripheral interests are often sacrificed. This leads to the conundrum of whether majority rule should be abolished if the minority is deemed more capable of ruling.

Thailand represents an unusual case where the political elites differ from the business and traditional elites. Under Thaksin, political power via the ballot box shifted from the center to the periphery by sheer force of numbers. For the first time, the people in the populous North were given political representation and their lives were uplifted by Thaksin’s social policies.

Thailand needs a revamp of the education system and a reconciliation of the social, economic, and political differences. Otherwise, the polarization of society will become complete, or worse, result in a separation of country into two.

Legal and public structures have already been put in place. What is left is to ensure quality education – easier said than done – and to make the educational standard commensurate with the country’s middle-income economic status.

Educational disparities give educated Thais a legitimate tool to vindicate their elitist stance.

The “uneducated” label is used to justify the ineligibility of the Northern Thai voters.

The learning level of Thai children in major subject areas has declined over the past 10 years.

Educational disparities give educated Thais a legitimate tool to vindicate their elitist stance.

The “uneducated” label is used to justify the ineligibility of the Northern Thai voters.

The learning level of Thai children in major subject areas has declined over the past 10 years.

How Are You, Asian Dream?