High Time for Europe to Shed its “Universal Banking Model”

The “Universal Banking Model” has become a threat to economic, financial and social stability. 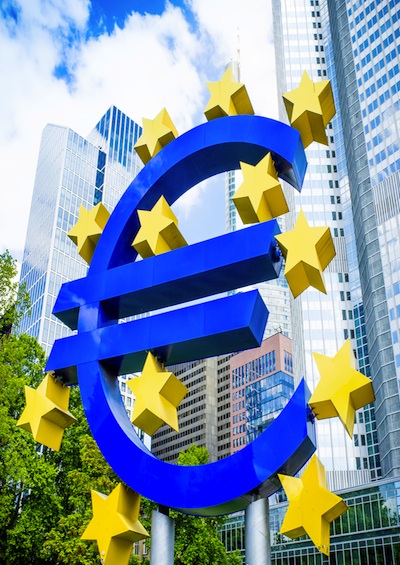 Contradictions in the European banking sector are reaching a breaking point:

On the one hand, banks are loudly complaining about the difficulties of ensuring an adequate level of profitability. Bankers are also strongly resisting new requirements to reinforce their capital position.

On the other hand, many politicians and regulators are anxious to impose such measures. For all their past complicity with bankers, politicians in particular want to avoid future “taxpayer” funded bail-outs of financial institutions.

Enter the ECB. Its strategy to cope with the prevailing low growth environment is to pursue policies that are meant to encourage loans to the “real economy.” So far these measures have met with limited success.

Indeed, the combination of negative interest rates and the ECB’s recourse to quantitative easing on a massive scale, seems to yield outcomes that inhibit in part the smooth transmission of monetary policy.

ECB vs. the European Commission

Simultaneously, the European Commission continues to push for the creation of a “Capital Markets Union.” It is aimed at making the European economy more reliant on “capital market” funding — rather than its current excessive dependency on bank loans.

The trouble for Europe isn’t just that key players are at cross purposes. The fundamental problem is this: Encouraging bank lending (ECB) and capital market funding (EU) are incompatible objectives — if the “universal banking model” is at the heart of the system.

Here is why: To the extent that banks are encouraged to develop “investment banking” operations (as the Commission wishes), they will need significantly larger capital buffers to account for these riskier activities.

However, if these banks are not able (or willing) to raise additional capital (which reduces their return on equity which is all important to shareholders and the management’s bonuses), they will be driven to curtail (rather than increase) their commercial lending activities. The move will be all the more pronounced as they have become less profitable.

The universal banking model may have been adapted to the European scene prior to the introduction of the single currency because each national market was too small to sustain independent investment banks.

Within the framework of European Monetary Union (EMU), aiming at creating a “reserve currency” capable of competing with the US dollar, it is high time to recognize the fundamental “conflict of interest” imbedded within the “universal bank” structure:

Universal banks must constantly choose between either intermediating between “borrowers” and “depositors,” while retaining the credit risk on its own books (i.e., commercial bank loans) or between “issuers” and “investors” where the credit risk is passed on to the latter (i.e., capital market funding).

The potential for conflict is exacerbated when the “issuer” is also a “borrower” from the bank, or when the bank has an in house “asset management” arm. This problem was already recognized in the USA after the crash of 1929 and the depression of the 1930’s.

It lead to the separation of commercial and investment banking activities (Glass Steagall Act) as well as specific legislation to protect investors (Securities and Exchange Act).

This created the foundations on which the spectacular growth of the U.S. capital markets as distinct from its commercial banking sector was able to flourish. The separation created a sufficiently broad base for both sectors to operate profitably.

It is also true that the United States deviated from its previously virtuous path under the progressive “deregulation” of U.S. markets, initiated in the late 1970’s, including the repeal of the Glass Steagall Act (1998).

This triggered a chain of events which led to the uncontrolled expansion of the financial sector culminating in the crisis of 2007/8.

The U.S. reaction was robust: it triggered the immediate intervention of the federal government (TARP program), followed by the “Dodd-Frank” legislation; reforms are still continuing, as more voices argue for re-imposing a version of Glass Steagall.

The continued preponderance of the capital markets funding over bank lending (80% in the U.S., as opposed to only 20% in Europe) is one of the reasons for the rapidity with which the United States restored its economy in the aftermath of the crisis.

Evidently, the greater resilience of the U.S. financial system, due to the breadth of its capital markets, was the result of a wider diversification and distribution of risks.

In Europe, risks remained largely concentrated in the banking sector and required massive government intervention, first to save the banks and thereafter to save over-indebted governments themselves (which were beholden to banks for funding directly or indirectly their national debt).

For all the attention given to protecting depositors, they remain exposed to this day, as the current Italian banking problems demonstrate.

Despite significant improvements in bank solvency in Europe since the crisis, the sector as a whole constitutes one of the most vulnerable segments of the European economy.

Now is not the time to kowtow to the European banking lobby which continues to exert undue influence resulting from years of a cozy incestuous relationship with national governments.

Restructuring the European banking sector should be conceived as an integral part of the indispensable and more inclusive reform of the European Monetary Union.

“Ring fencing,” as being applied in the UK would be a step in the right direction: the legal separation and insulation of “commercial banking” activities from “the investment banking” operations, on the AIG model where “regulated” insurance subsidiaries were unaffected by the bankruptcy of “AIG financial products” and its holding company)

Failing to address the root causes which lie at the heart of the structural weakness of Europe’s banking sector will only postpone the day of reckoning. It will also increase the current dominance of U.S. investment banks of European capital markets.

We simply cannot afford yet another banking crisis. If one were to occur, it would put into jeopardy not only the financial sector, but would also have grave economic and social consequences capable of destabilizing the foundations of European democracy.

Doing away with the “Universal Banking Model” should be a key element in dealing with this explosive situation!

There is a fundamental “conflict of interest” imbedded within the “universal bank” structure.

Restructuring the European banking sector should be an integral part of the reform of the EMU.

There is a fundamental “conflict of interest” imbedded within the “universal bank” structure.

Restructuring the European banking sector should be an integral part of the reform of the EMU.