How the City of London launders Russia’s cash. 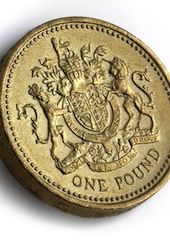 1. Britain opposes sanctions on Russia because the City of London serves as a key financial center to Russians.

2. London is, in fact, a center of Russian corruption.


3. Britain’s worldwide web of tax havens — from Gibraltar to Jersey and from the Cayman Islands to the British Virgin Islands helps Russia’s oligarchs and many other Russians shield large financial assets.

4. The priority of Britain’s political and financial ruling class is to protect its cut of Russians’ money flows

5. British residency is up for sale. “Investor visas” start at $1.6 million.

6. London lawyers in the Commercial Court now get 60% of their work from Russian and Eastern European clients.

8. The townhouses in London’s priciest districts are empty. They have been sold off to Russian oligarchs and Qatari princes.

9. Britain’s youngest and brightest now make a career out of serving as consultants, art dealers, private bankers and hedge fund managers to Russian money. They are “the oligarchs’ valets.”

10.England’s establishment and the old imperial elite have become completely mercenary in selling themselves off to the highest bidder, irrespective of the source of the latter’s wealth.

Britain opposes sanctions on Russia because the City of London is the key to Russian wealth.

Britain opposes sanctions on Russia because the City of London is the key to Russian wealth.