Four Fallacies about the Greek Crisis 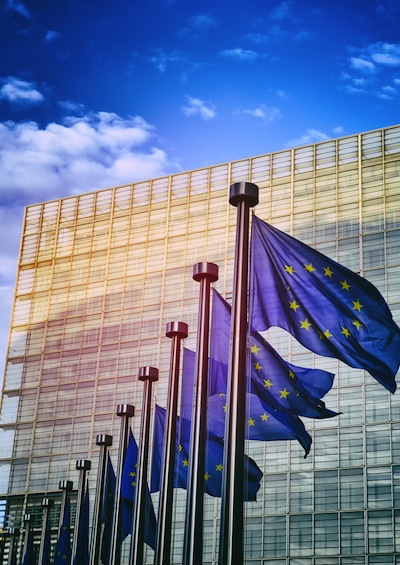 The Athens Stock Exchange is in for a turbulent ride these days, reflecting the cat-and-mouse game that Greece’s new government and the EU/ECB/IMF “troika” are playing with one another.

Fascinating as the to and fro is, this isn’t the real story that is in play. To understand what’s really going on, one must cut through a whole range of widely held assumptions that turn out to be fallacies.

Let me point out four of them:

1. Greece is often called a “bottomless pit.” Never throw good money after the bad, the common argument goes. But that is far off the mark. After the painful adjustment processes of the past few years, Greece in many ways is now better off in economic terms than it was before.

The economy is growing again and the current account is in surplus. The budget deficit is under 3% – something that cannot be said for Italy or France.

What is clearly missing in Greece is popular support for the reform policies. Obtaining that is vital to put the reforms on firm footing. Austerity alone is not enough. This finding, of course, is not unique to Greece.

Banks are another weak point in the Greek system. They suffer from bad loans (40% of all loans are in default). In addition, depositors have withdrawn their money for fear of an uncertain future.

2. It is often said that Greece is lacking cash. The new government needs funding for all the social programs promised in the election campaign. At the same time, Greece must service its huge debt.

But this argument also misses the point. Of course, under the current circumstances, Athens cannot expect any help from financial markets. But in the search for funds, financial markets should not be a government’s first choice.

The logical way for Syriza to raise revenues would be a tax on the country’s oligarchs who have been largely spared so far. The collection of public revenues aside, that would also be a chance to de-throne the old elites and establish new structures in society that would yield more popular support for reforms.

That would certainly also increase the willingness among creditors to accommodate Greece’s needs.

3. The third fallacy is that Greece’s EMU partners are supposedly unwilling to throw in any more cash. It is often pointed out that Germany in particular, but also other countries like Spain, strongly object to debt reduction.

But that is only half the story. If you listen closely, there is a surprisingly large willingness among creditors to help the Greeks, even after the harsh words voiced by Mr. Tsipras and his cabinet members in the first week of his government.

Clearly, no one is interested in letting Greece implode. Its European partners are open to discussions with Athens. This has less to do with economic considerations – the 10 million Greeks only make up 2% of the EU – than with the need to speak and act with one voice on political issues like the Ukraine question.

To be sure, Washington is also putting pressure on Brussels to come to terms with Athens. Creating an opening for Russia via Athens could force the U.S. Navy to step up its naval presence in the Mediterranean.

All eyes on the finance minister

But the key step that needs to be taken is for Mr. Tsipras and his finance minister, Yanis Varoufakis, to reveal his true intentions when it comes to economic policy. Only then can creditors properly assess their prospects to get money back one day. This is also the basis for any future cooperation within the EMU.

A monetary union only works if everyone adheres to common rules. Many Eurozone countries will also want to know whether there is a viable alternative to the Brussels-led “cash-for-austerity” consensus.

Greece’s future economic policy concept, therefore, is more important than all the discussions about smart solutions for debt restructuring.

So far, Mr. Tsipras and his team are playing their cards close to the chest. According to their campaign statements, they are planning more government intervention and income redistribution.

But that alone is not enough. Greece ought to rely more on advice from smart economists than financial engineering moves by investment bankers.

4. Greece’s new government acts as if it had all the time in the world to solve its financing problems. Right at the outset, the new team flatly rejected as “unnecessary” 1.7 billion euros in short-term assistance offered by its partners.

In reality, the time window for Athens is very narrow. For now, Greece can live off the central bank’s emergency liquidity assistance. There is also some leeway left in the budget. Athens could even impose capital controls, as Cyprus did, to stop the capital flight.

But the closer the time comes to pay back the creditors, the more difficult it gets. Delays in payments, which may arise quickly, could trigger a bankruptcy. If a “Grexit” really happens, then it will most likely be “by accident.”

The logical way for Syriza to raise revenues would be a tax on the country’s oligarchs.

There is a surprisingly large willingness among creditors to help the Greeks.

Greece ought to rely more on advice from smart economists than financial engineering moves by investment bankers.

The logical way for Syriza to raise revenues would be a tax on the country’s oligarchs.

There is a surprisingly large willingness among creditors to help the Greeks.

Greece ought to rely more on advice from smart economists than financial engineering moves by investment bankers.

Slavery in the 21st Century