The Germans did not have an overseas empire in the 18th century. How did they still become a global force in trade, science, religion and exploration? 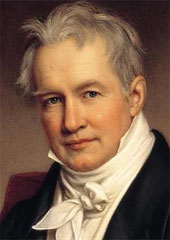 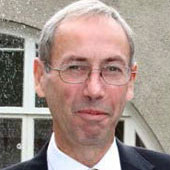 David Blackbourn is the Cornelius Vanderbilt Distinguished Chair of History at Vanderbilt University.

The world became a smaller place in the late 18th century. This was not yet our world, the world whose unprecedented globalization we celebrate (and exaggerate).

It was not yet even the world of the mid-19th century, joined together by steamship and telegraph. But networks of communication were becoming much more tightly meshed through travel and exchange, the movement of commodities, people and ideas.

When Wilhelm von Humboldt, the German philosopher and linguist and the more sedentary of two famous brothers, sat at his desk writing about world languages, he was connected with hundreds of correspondents on five continents: scholars and diplomats, merchants and missionaries.

Germans themselves were everywhere. Merchants from the Baltic and North Sea coasts were central to the carrying trade of northern Europe. They were resident in the great mercantile hubs of London, Antwerp and Amsterdam.

And they had a global presence. Because there was no German empire overseas, the role of Germans along the arteries of world trade can easily be overlooked. It could be found from West Africa to the Dutch East Indies, from the eastern seaboard of North America to the Spanish empire.

They were merchants, settlers, printers and booksellers. They served on Dutch merchantmen and Scandinavian whaling ships, and they served on land as soldiers under many flags.

The German role in the peopling of the Americas also created some remarkable transatlantic networks, religious in their origins but wider in their effects.

The Moravians of Saxony formed one. By the late 18th century, they circled the Atlantic world with their missions in London, Ireland, Greenland, West Africa, the Caribbean and North America. There they spread out from Pennsylvania to establish congregations and Indian missions from Maine to the Carolinas.

Decades before Germany became famous as the “fatherland of forestry,” providing foresters to the British Raj and establishing the first Forestry Schools in the United States, German mining engineers were sought after from Russia to the Andes.

Wilhelm’s brother, Alexander von Humboldt, too, was a mining engineer by training — although very much more than that. In his famous five-year journey to “the equinoctial regions” with Aimee Bonpland, Humboldt scaled volcanoes, descended mines, collected rock samples and handled electric eels.

He studied the flora and fauna and sent specimens back to Europe. He examined everything from the properties of guano to the prospects for sugar plantations, and everywhere he went, he measured things — heights, distances, and temperature.

He also established the connection between the Orinoco and Amazon River basins. He returned to Germany in 1804 a celebrity — “our conqueror of the world,” in Goethe’s words.

The decades on either side of 1800 have been called a “second age of discovery.” In 1784, the German philosopher and literary critic Johann Gottfried Herder captured the spirit of the age when he wrote:

Man, while he continues man, will not cease from wandering over his planet, till it is completely known to him; from this, neither storms nor shipwrecks, nor those vast mountains of ice, nor all the perils of either pole, will deter him.

The poles would have to wait another hundred years. But this was a time when human knowledge of the earth advanced rapidly, and Germans had a major part in it, forging new connections as they did so.

David Blackbourn’s two-part series, Germany and the Birth of the Modern World, continues with The French Revolution and Modern Germany.

Because there was no German empire overseas, the role of Germans in world trade can easily be overlooked.

After his journey to the Americas, Alexander von Humboldt returned in 1804 a celebrity — "our conqueror of the world," in Goethe's words.

The world became a smaller place in the 18th century. Germans already had a global presence.

David Blackbourn is the Cornelius Vanderbilt Distinguished Chair of History at Vanderbilt University.

Because there was no German empire overseas, the role of Germans in world trade can easily be overlooked.

After his journey to the Americas, Alexander von Humboldt returned in 1804 a celebrity — "our conqueror of the world," in Goethe's words.

The world became a smaller place in the 18th century. Germans already had a global presence.