Reflections on the state of the German-Israeli relationship. 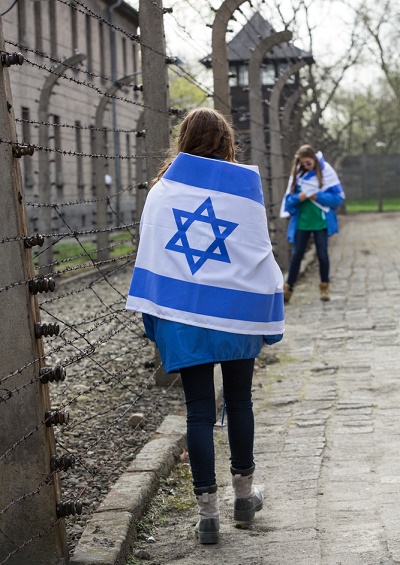 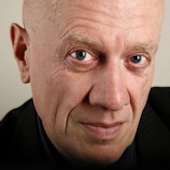 Fifty years after Germany and Israel officially established diplomatic ties in May 1965, it is time to assess this relationship and look to the future. German-Israeli relations seem stable. But a closer look reveals cracks in the foundation.

Nobody can run away from some unalterable facts of life:

1. Germany and Israel are, and will always remain, bound to one another as a result of the Shoah. We cannot rid ourselves of this legacy, even if we wanted to.

And yet, studies show that in Germany a growing number of young people (58%, according to a one study) do not want to accept responsibility for this chapter in our history. We are not talking about guilt here, but a specific moral and political obligation towards survivors of the Shoah and towards the Jewish state.

2. The discourse about Germany’s special responsibility is almost exclusively taking place among the political and cultural elite. It is no longer shared by a growing section of the population that has simply tuned out, finding the matter too complex to deal with.

3. We are witnessing an asymmetry in mutual appreciation and perception. Israel’s standing in Germany is falling drastically: According to a recent poll, 62% of respondents said that they have a poor opinion of Israel.

On the other hand, Germany’s standing in Israel is on the rise: 68% of Israelis generally have a favorable view of Germany, according to the same poll. That points to the fact that the Holocaust is far from the only factor affecting sentiments about Germany in Israel.

Responsibility for the Middle East conflict

One of the main reasons why the a general attitude towards Israel in Germany has cooled off is the fact that Israel is seen almost exclusively through the prism of the Middle East conflict and the country’s policy of occupation. Responsibility for this epic conflict is unilaterally dumped at Israel’s door.

In that reading of the conflict, the roles of the perpetrator and victim are clearly defined. Every Israeli air attack on targets in the Gaza Strip and every young Palestinian who is shot and killed appear to corroborate this picture. In contrast, Hamas’ missile attacks tend to be portrayed as an act of self-defense that cannot possibly pose a serious threat to Israel.

By the same token, the very real need of many Israelis for security is ignored. It is relegated to the sphere of a mere historical trauma.

It should not take much for many of my fellow Germans to comprehend the spuriousness – and self-serving nature – of the proposition that the erstwhile victim of the German killing machine has now become the perpetrator against Muslim peoples.

That is not to say that there are not very good reasons to argue that a historic compromise with the Palestinians (i.e., a two-state solution) would also improve Israel’s security situation. In the long run, there can be no peace without justice.

However, it is a crass oversimplification to pretend that Israel’s display of good will alone would put an end to a complex conflict.

What are the consequences for the present and future of the German-Israeli relations?

A ritualized invocation of German-Israeli friendship is not enough. We need a discourse about our differences and we need mutual recognition of these differences.

At the same time, despite all our differences, we are still bound by shared values, with democracy and and civil society engagement as fundamental elements.

1. Solidarity means a deep sense of connection from which criticism is both possible and necessary.

2. If we want the discourse about Germany’s special responsibility to remain meaningful, it must take place within the context of Israel’s security.

Let’s get specific – and let’s assume the implementation of a two-state solution. That sounds easy to German ears, but can easily have real consequences for them. For example, to what extent are Germans prepared to guarantee security if Israel withdraws from the West Bank?

That’s an obvious requirement, given that Ben Gurion airport and the city of Tel Aviv are located only a few kilometers away from the new border.

Despite its military strength, Israel is a vulnerable country because of its narrow shape. That is especially true in times of asymmetrical wars. It doesn’t take much to shut down air traffic and tourism or to force hundreds of thousands of people into bunkers and create a climate of fear.

Much as Germans would like to ignore it, Iran is a factor in that equation. In recent years, Iran and its allies have built up an enormous arsenal of missiles. As a result, the established order of deterrence in the Middle East is wavering. Radical Islamic forces, whose greatest aim is to annihilate the “Zionist enemy,” are advancing.

Bearing this in mind, what is the German stance on supplying weapons to Israel? Let me just remind you of the fierce conflict about supplying Patriot defense missiles during the first Gulf War and the current debate about submarines for Israel.

The prevailing German counterargument to such deliveries is very convenient — and, again, quite self-serving. Weapons may not be supplied to conflict zones. That sounds noble and balanced enough.

But, in practical terms, it would mean that we Germans treated Israel as just any other country and that we should distance ourselves at all costs from such deals. We may even pretend that such an outcome shows commercial restraint, while in reality it points to running away from the consequences of our own history.

In some parts of Europe, the movement in support of boycotting Israel is meeting large support. In Germany, too, there are many initiatives that support the boycott movement.

I think that this approach is fundamentally wrong. A collective boycott penalizes Israeli businesses, but also artists, scientists, civil society and democratic parties.

Instead of demanding collective punishment, we should be aware that Israeli society has a notoriously relentless culture of debate, in which all angles of this topic (and many others) are ferociously discussed.

That is one more reason why the boycott campaign neither reflects the complexity of the situation nor does it help resolve the conflict. On the contrary, it will only strengthen the siege mentality in Israel and play into the hands of right-wing Israelis.

There are, unfortunately, good reasons to worry about Israel. The Israeli government is becoming increasingly isolated internationally. It is also putting the most important element of Israel’s political and moral capital in the global arena at risk — its democratic character.

Germany, together with the EU, can and must play a more active intermediary role in the Middle East. No matter what happens, Germany has a special responsibility to Israel to expand dialogue and cooperation between our societies, regardless of who is in power in Jerusalem.

In the end, peace can only be reached between the two parties themselves, the Israelis and Palestinians. They have to be willing to end their struggle for the same territory with a historic compromise: land for peace.

As all of the experiences over the last few years have shown, such bilateral negotiations only have a chance at success when intermediaries are involved in the process. There must be countries willing to act as trustees and guarantors for a two-state solution.

If the new government of Israel rejects this option, then completely different models for the equal treatment of Palestinians will come into play and fundamentally change the character of Israel.

Editor’s note: Adapted from Mr. Fuecks’s opening speech for the conference of the same name provided by the Heinrich Böll Foundation, Berlin, April 29-30, 2015.

There is reason to worry about Israel, as its government becomes isolated internationally.

Germany's standing in Israel is on the rise: 68% of Israelis have a favorable view of Germany.

Discourse about Germany's special responsibility is only taking place among the political & cultural elite.

A ritualized invocation of German-Israeli friendship is not enough.

There is reason to worry about Israel, as its government becomes isolated internationally.

Germany's standing in Israel is on the rise: 68% of Israelis have a favorable view of Germany.

Discourse about Germany's special responsibility is only taking place among the political & cultural elite.

A ritualized invocation of German-Israeli friendship is not enough.

Germany and UK: Standing Up to the US?