What is the role of the International Criminal Court in Uganda’s efforts to restore a lasting peace?

What is the role of the International Criminal Court in Uganda's efforts to restore a lasting peace? 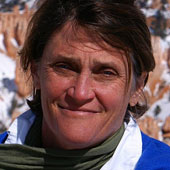 Watching The Last King of Scotland makes one wonder if Kony would have ever come into being had the International Criminal Court (ICC) existed in Amin's day.

Had Amin been hauled before The Hague for war crimes — and been sentenced to life in prison instead of being sent into exile, for example — would Joseph Kony have been less inclined to follow in Amin's bloody footsteps?

Similarly, might Milton Obote have thought twice before striking out against the people in the Luwero Triangle? These questions are particularly relevant at the moment because, for the first time in over 40 years, the killing has stopped in Uganda and the International Criminal Court (ICC) is at the heart of the debate over what to do next.

Until I actually went to Uganda, I thought the ICC was the answer to all of Uganda's problems. In 2005, the ICC had issued a war crimes indictment against Kony and his top commanders.

In August 2006, the Lord’s Resistance Army and the government signed a Cessation of Hostilities Agreement that has resulted in a marked improvement in the security situation in the country’s north, as well as the lives of the 1.6 million people living in the refugee camps.

The number of children showing up at the night commuter centers fearing for their lives has diminished greatly, white flags are visible in and around Gulu. For the first time in 20 years, families are going back to their land.

Ugandans are cautiously optimistic that peace is within reach if the Cessation of Hostilities Agreement is respected and the two sides can be made to stay at the negotiating table. They credit the ICC indictments with getting the LRA to the table.

However, they are now concerned that the ICC may be standing in the way of a comprehensive settlement — because it is focusing on justice and accountability over peace and reconciliation.

They worry that this approach will prevent Kony from signing a peace agreement — because the rebels have repeatedly indicated that they will not reach an agreement unless the international arrest warrants are dropped. As one LRA official pointed out, "They should not expect us to sign an agreement and later cage our leaders in The Hague. Our leaders are not fools."

Even if Kony is caught and tried at The Hague, Ugandans worry that this will not allow for a lasting peace because the crimes committed in the more distant past that are relevant to the current situation will not have been addressed.

In lieu of the ICC's criminal prosecution model of justice, local opinion in Uganda therefore favors a Truth and Reconciliation process along the lines of the South African model.

They believe the reconciliation process should be based on a system of traditional justice called Matiput, whereby the accused assumes responsibility for the crime committed, makes a public apology and accepts community punishment/forgiveness.

While this is a local system of justice that usually applies to two tribes trying to resolve their differences and is more conciliatory than punitive, the Acholi believe it is applicable in this case and would be particularly effective if the ICC monitored the local process to ensure that it met international standards. Moreover, it would seem that the Ugandan government is in accord with the Acholi.

Although he initially argued that the ICC should try Kony, President Museveni now says that Kony should be given amnesty — if he agrees to end the war. As Museveni's press secretary said recently, “the people of northern Uganda have suffered enough. We should give peace talks a chance.”

The Ugandan perspective is not a perspective European supporters of the ICC want to hear. As Belgium’s Prime Minster Guy Verhufstad recently said of Kony to Museveni, “we should hunt him, arrest him and hand him over to the international court to face charges.”

The Belgians and other members of the ICC are worried about the future of the fledgling human rights court and the impact that this case could have on it.

Had the ICC existed in Amin's day, it might have prevented the violence that followed. Today, however, the ICC does exist and its willingness to prosecute Kony and his top commanders for war crimes at the Hague may actually be preventing the conflict from ending in a meaningful way.

So long as this issue is not resolved, hundreds of thousands of refugees will remain in the squalid camps without adequate access to food, water and education. Most of them will not feel safe enough to go home and rebuild their lives because there is always a possibility that the war will start up again.

Kony is much weakened, but not so much so that he cannot continue fighting and recruiting children as fighters from the Congo. In addition, the Ugandan government will not feel any pressure to improve the economic situation in the north because it can always blame its inactivity there on the lack of stability.

Northern Ugandans will, in turn, continue to feel and be discriminated against as their economy is not given the support it needs to recover and grow.

Uganda's tragic story will, in short, continue as long as there is no comprehensive peace settlement that is acceptable to the people living there. It will never become Africa's breadbasket until the violence stops and the north-south divide is bridged.

Editor’s note: You can read Part I of this piece here.

Getting Uganda Right (Part I)