What changes can be made at the global, national and local level to ensure that globalization works better for the world’s poor? 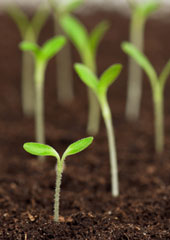 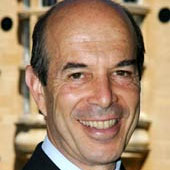 Globalization today is at a critical crossroads. It has provided immense benefits, but the systemic risks and rising inequality it causes require urgent action. The failure to arrest these developments is likely to lead to growing protectionism, nationalist policies and xenophobia, which will slow the global recovery and be particularly harmful for poor people.

The scope and scale of the required reforms are vast and complex. Urgent action is needed for globalization to realize the positive potential that increased connectedness and interdependency can offer. Action is also needed to address systemic risks such as pandemics, climate change, cybersecurity and financial crises.

Weak and ineffective policies taken at the local, national and global level have frustrated the potential benefits of globalization to reach the world’s poorest people and dramatically exacerbated the associated risks. But when you consider crucial areas of trade, finance, migration, aid and innovation, there are accessible policies within reach that could ensure globalization reaches its potential and that the risks are mitigated.

In trade, this would include substantially increasing market access for goods and services from developing countries, while also confronting issues of arms trading and forced labor.

The creation of a more even playing field requires that the EU, the United States and Japan dramatically reduce their protection of key crops and redirect their $250 billion of subsidies to policies that benefit small farmers and the environment. (Their policies currently benefit the rich and penalize poor people in both rich and poor countries, and result in water and soil pollution.)

These changes will benefit the overall majority of poor people not only in rich countries, but in developing countries, too. For example, Vietnam used to be a net importer of rice, but is now one of the world’s largest rice exporters as a result of reforms in the 1980s that included gradual trade liberalization.

Rice exports have increased the incomes of small farms and, because rice production is labor intensive in Vietnam, increased the demand for rural labor. These reforms have therefore supported rural incomes, helped to alleviate poverty, and even improved nutrition and reduced child labor.

The financial crisis provides ample evidence of the need for macro-prudential policies to reduce systemic risk, particularly with regard to governance gaps at the local and national level. The race to the bottom in deregulation has harmed all countries. Poor people and poor countries are particularly vulnerable to crises because they do not have the savings or safety nets to protect themselves from the income losses that are an inevitable consequence of these events.

The 1997 Asian crisis, for example, is estimated to have cost the region up to 1.5% of GDP. It pulled 20 million people back into poverty and pushed one million children out of school. Meanwhile, in the first year after the 2008 financial crisis, an estimated 50 million people had become unemployed, approximately half of them in low-income countries.

In migration, increasing restrictions in rich countries are eroding this powerful driver of development. An increase of only 3% in employment of migrants would generate global income gains estimated at more than $350 billion — far more than the global total of development aid to poor nations.

In addition to benefiting the poor, there is growing evidence suggesting that recipient countries have the most to gain from higher levels of migration. At the global level, greater multilateral coordination could assist in tempering the tensions between rich-country sensitivities and the potential benefits for the poor.

The challenge, as in many dimensions of globalization, is to ensure that political leaders are able to compensate for local and short-term costs to ensure that they do not frustrate the national and longer-term interests of society as a whole.

Africa now receives lower per capita levels of aid than it did in the 1980s, when aid was largely directed to autocratic and ineffective regimes. We need to reverse this depressing trend given the power of aid to spur economic growth and to help alleviate poverty.

Finally, through the harnessing of ideas and knowledge, increasing the voice of developing countries for a more inclusive globalization is absolutely essential. This is no small challenge. The evaluation and adaptation of ideas requires local capacity in the form of both skills and institutions.

It also requires a culture of learning and adaptation, of openness to ideas and to challenging past practices. Global institutions need urgent reforms to ensure that they have the necessary capacity to support globalization that works for development.

Policy recommendations like these are not new, nor are they radical. But, unfortunately, they are lost in the current misunderstanding of the relationship between globalization and poverty. Without these fundamental changes, the positive reach of globalization will remain uneven.

If the globalization train is to pull all citizens behind it, policies and institutions that ensure that the poor of the world share in its benefits are required.

Now is the time to design policies at the global, regional, national and community levels to reach the billion or more people who are currently excluded from globalization’s benefits. The solution to many of the greatest challenges of the 21st century lies in more effective policies and institutions to manage connectivity and integration at all levels of governance.

Failure to act means that systemic risks will overwhelm the gains of globalization. This would be disastrous for everybody — but especially for the poor.

Global institutions need urgent reforms to ensure that they have the necessary capacity to support globalization that works for development.

Global institutions need urgent reforms to ensure that they have the necessary capacity to support globalization that works for development.