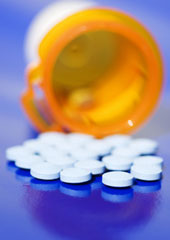 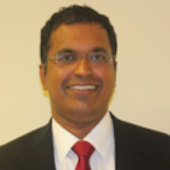 Joshi Venugopal is currently serving as the Country Head of Novartis in Panama and West Indies.

Arguably, the United States has the highest share of world-class hospitals. Ask health care professionals about the best hospitals in the world and you will hear names such as John Hopkins, MD Anderson Cancer Center, Harvard Medical School and the Cleveland Clinic.

With $800 billion spent annually on U.S. hospitals, the United States has the best-funded hospital infrastructure in the world.

Why, then, does the United States only manage to have the same life expectancy as Cuba, an economically underdeveloped nation? Is the U.S. health care system doing its job right? To put the question more broadly, how can we judge the performance of a health care system?

Health care systems have one primary purpose – to keep people healthy and to do this cost-effectively. In 1996, McKinsey introduced a metric called “health care productivity” to quantify this.

This metric measures the reduction of disease burden achieved for every dollar spent in health care. Simply put, a good health care system will have a high level of health care productivity.

Stunningly, among the 34 OECD member countries, the United States has the lowest health care productivity. At first glance, this could lead one to conclude that the U.S. health care system is a total failure.

We see this duality in almost all high-income countries. Switzerland is the most productive country in the world for treating strokes, while being very poor at breast cancer. Canada is most productive in managing high blood pressure, but very poor in schizophrenia. The UK is world leader in managing diabetes, but does a poor job at handling asthma.

I am not arguing that the United States health care system does not have systemic issues. Issues such as defensive medicine (in response to a highly litigious legal environment) and lack of care coordination are well recognized.

In fact, all health care systems around the world have systemic issues. The point here is that, even within these constraints, they can do well in managing some diseases. The question then becomes, why do some countries succeed, while others do not?

The reasons are multifactorial, complex and they vary from one disease to another. However, we see that there is a common element in all success stories – preventing a disease or keeping it in the mildest form possible.

Prevention through healthy diet, exercise, vaccination and reducing exposure to alcohol/ tobacco has high impact across diseases. An unhealthy diet is the biggest risk factor in the majority of countries. When prevention fails, early diagnosis and treatment are critical.

Breast cancer: The United States is one of the highest adopters of mammography. Sixty-seven percent of women above 40 years of age had a mammogram in the past two years. This effort for early diagnosis and access to innovative therapies was critical for this success of the U.S. health care system.

Chronic obstructive pulmonary disease (COPD): If not appropriately treated, COPD progresses to severe stages that inflict suffering and hospitalization. Flu infections also deteriorate the health of COPD patients and many end up in emergency rooms. France is the world leader in managing COPD because it has a high utilization of spirometry and flu vaccination. Eighty-five percent of French patients receive flu vaccines compared to 45% in the United States. COPD is now the 4th leading cause of premature mortality in the United States.

What do we learn from all this?

Health care is at a crossroads. Demand for healthcare will significantly increase due to aging populations, rising obesity levels and high smoking rates. Already burdened with rising healthcare costs, policy makers are wondering how to finance healthcare in the future.

Most people think that we will need to make trade-offs on quality and costs. Our research points in a different direction – good quality health care coexists with lower costs. The way to reduce health care costs is to improve quality, not reduce it.

In order to succeed, however, we need to change our definition of health care. Health care does not start in hospitals. It starts at home, in health clubs and in our office space.

While we tend to invest in late stage care, many high-income countries do not invest enough in prevention and early interventions. Only 3-5% of total health care spending is directed to primary prevention and screening in the OECD group of nations.

This needs to change. Then the rest, including better quality and lower costs, will follow.

The practice of medicine is cultural. The same diseases get managed differently across nations.

Among the 34 OECD member countries, the United States has the lowest health care productivity.

Joshi Venugopal is currently serving as the Country Head of Novartis in Panama and West Indies.

The practice of medicine is cultural. The same diseases get managed differently across nations.

Among the 34 OECD member countries, the United States has the lowest health care productivity.