How Japan Bankrupted Itself

The story of Japan’s decline — and the lessons for Europe. 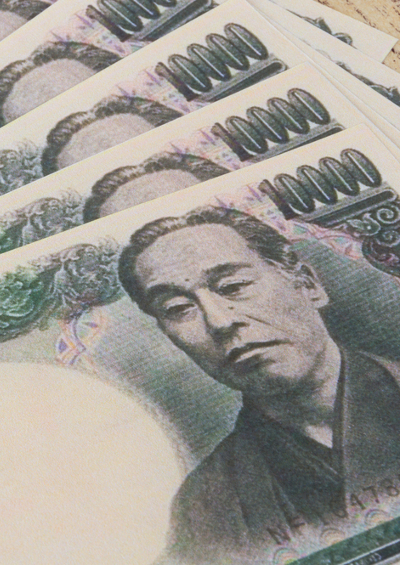 Following the start of Abenomics in 2012, Japan moved back to the center of attention of global financial markets. After two and a half decades of economic stagnation, hopes were high that Japan would escape its long stagnation and deflation.

Plenty of economists around the globe hoped that, in so doing, Japan would show the western world, mainly the Eurozone, the way to do the same and avoid a similar long period of low growth and stagnating incomes.

Conversely, the failure of Abe’s plan for Japan’s recovery would not only be a disaster for the country of the rising sun.

It would also be very bad news for central bankers and politicians in the west as well. It would prove that Keynesian policies don’t work in a world of too much debt and shrinking populations.

To assess the probabilities of these scenarios, it is worthwhile to have a deeper look on how Japan ended up in the current economic malaise.

Japan served globally as a role model for economic development in the 1980s. After an economic miracle following the Second World War, Japanese companies started to dominate in leading industries like machinery and equipment, automotive and consumer electronics.

Similar to today’s views on China, back then books explaining the Japanese miracle and describing the unstoppable rise of the nation to the leading economic powerhouse of the world were highly popular around the globe.

Japanese corporations also began to invest in prestigious artwork and trophy real estate assets around the world. When the Japanese bubble – like all bubbles – deflated from 1990 onwards, asset prices collapsed. However, credit levels in Japan remained high.

Japan acted just as the Keynesian textbook prescribes. It compensated a deep drop in domestic demand with higher government expenditures. As a result, many companies, which in reality were insolvent, were not restructured – but kept alive with low interest rates and bridge financing.

What happened over the past 25 years is simple: Japan’s corporate sector was a net saver and reduced its leverage. Private households also reduced their savings significantly, from levels of 20% to 3% today. Finally, the Japanese government built up a huge debt load, rising from about 50% of GDP at the end of the 1980s to close to 250% today.

Despite all of this, the efforts to reignite growth in Japan failed. The only results were a significant increase in the overall debt burden of the country and a change of the principal debtor. That debtor is now the Japanese government — instead of Japanese corporations as before.

If so, this would be another disquieting parallel to Europe, where the labor force also peaked in parallel to the credit bubble in 2007.

One fact is often overlooked. Precisely because of the Japanese population’s shrinking, on a GDP per capita basis the Japanese economy has been outgrowing the U.S. economy in the quarter century since 1990.

That seems to be good news. Why then worry? Unfortunately, GDP and debt are nominal quantities. Debt can only be served out of nominal income. It thus does not help a country if its GDP per capita grows and at the same time the population shrinks.

Here again, Europe has reason to worry. Europe is in the beginning of a similar demographic development – albeit one that is not as severe in all European countries as it is in Japan, thanks to the European Union’s more open immigration policies.

Japan can therefore be described as a country that has the following features:

1. Above average per capita productivity growth.

2. Shrinking population (from currently 127 million to 87 million inhabitants by 2060).

3. Low real economic growth for decades to come (as demographics continue to deteriorate).

4. Shrinking savings rate, due to an older population which will start dissaving soon and therefore will not continue to fund the deficits of the government as in the past.

5. Corporate sector with a strong balance sheet after 25 years of deleveraging, but with low investments and no inclination to invest in Japan (given demographics). Corporations are thus a net saver.

6. A government with record high debt of nearly 250% of GDP.

7. Debt service already consumes 43% of the Japanese government’s revenues, just to cover interest on the outstanding government debt – and in spite of interest rates being close to zero.

8. A central bank, which adapted quantitative easing already in 2001 and is willing to do everything that is necessary to support its economy.

9. A country that has failed to generate inflation until now, but has rather seen a long period of stable consumer prices and slightly falling overall price level as measured by the GDP deflator.

Simply put, such a country is bankrupt. No economy can sustain a total debt level (for the government, households and non-financial corporations) of more than 400% per cent of GPD without having a nominal growth rate that is significantly higher than the level of interest rates.

The failure of Abe’s plan for Japan is proof that Keynesian policies don’t work in a world of too much debt.

Japan reached the peak in its workforce at the same time as its financial bubble peaked.

On a GDP per capita basis, Japan’s economy has been outgrowing the US economy in the quarter century since 1990.

The failure of Abe’s plan for Japan is proof that Keynesian policies don’t work in a world of too much debt.

Japan reached the peak in its workforce at the same time as its financial bubble peaked.

On a GDP per capita basis, Japan’s economy has been outgrowing the US economy in the quarter century since 1990.

The United States and Cuba: Toward Normalization, Finally