Putin’s actions require a new double-track decision by the West. 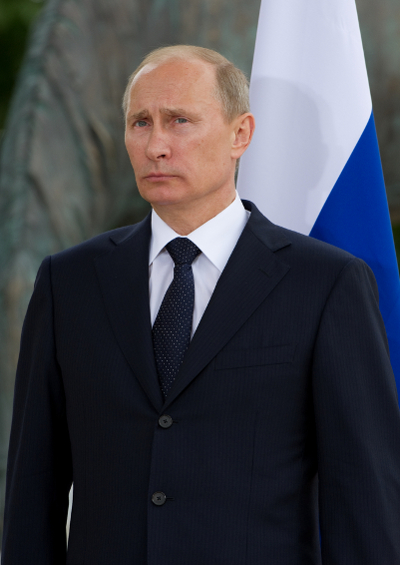 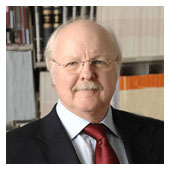 Putin has done something which most Germans thought was a legacy of the past: He has essentially re-surfaced the raw power politics of military force, threats and intimidation.

This is illustrated most dramatically in Crimea, as well as with suggestions that he could project that force anywhere at any time. While this is unacceptable to the majority of Europeans, the sense that there is little one can do to prevent this aggression — aside from sanctions—is widespread.

At this point, responses in Europe and the United States to Putin’s aggression seem to be a mix of long-term hopes and short-term uncertainties.

In the long term, the hope is that sanctions will weaken the Russian economy and sober up Moscow sufficiently to encourage a path to stop the destabilization of Ukraine and return to negotiations.

One short-term uncertainty is what to do to deter further Russian threats and aggression in Europe beyond the current tool of choice: economic sanctions.

Another uncertainty is the challenge of holding firm on sanctions, which also requires rethinking the need for signals requiring non-symbolic military deterrence. If Putin comes ready to play hardball, so should Europe and the United States.

During that time, there was a U.S. effort to deter a Soviet military build-up in Eastern Europe by engaging in what was then called a “double track” decision.

To recall, in the late 1970s, Russia was building up its missile defense system in Eastern Europe—a development that then-Chancellor Helmut Schmidt had labeled a dangerous trend that had to be countered.

That was the double track approach. Over the next several years, there were massive debates and demonstrations, particularly in Germany, against the deployment plans.

The main argument was that this was going to contribute to the spiral of increasing conflict and the danger of nuclear war on the European continent.

In Germany and elsewhere in Western Europe, the demonstrations at the time were primarily against the deployment of the U.S. arsenal.

Mixed in with this debate was the lack of consensus of what constituted the main threat. The focus was on the fact that if a military confrontation did occur, Europe would be the theater of that conflict.

In the end, that debate subsided when Helmut Kohl was elected chancellor in 1983 and his administration supported the NATO deployment. Less than a decade later, the Soviet Union no longer existed.

The current debate about how best to deal with Russia echoes some of those arguments.

A double track decision for the twenty-first century?

Although the Ukraine crisis is not the same standoff that occurred in the early 1980s in the double track framework of nuclear disarmament in a Cold War paradigm, it is a similar platform for discussing how the European and American interests are aligned in dealing with threats to their national interests and goals.

The double track policy was a culmination of using hard military strength — and primarily U.S. resources — and an offer of negotiations. That combination is needed now again.

Today, though, the framework of conflicts is more diffuse. Russia is not the Soviet Union — and the threats we all face now are multidimensional and not framed singularly by the Berlin Wall.

The challenges we face today are framed around the conflict over human rights, the rule of international law, and consensus on securing a stable and peaceful order.

The third track: Remind Europeans and Russians of core values

The potential unraveling of a consensus around these cornerstones of stability is looming larger and we are all too aware — drawing on the lessons of two world wars in the past century — of the price if it is lost.

There is no alternative to the need for a double track approach to securing stability in today’s unstable world. The capability of force and the use of negotiations are not mutually exclusive. The critical basis for both remains in the political commitment to using them.

Yet there can be a third track in this effort, one that involves the recognition that the confrontation with Putin is not only about deterrence and sanctions. It is a confrontation we have seen before — one over ideas.

That power was on display in the Maidan in Kiev and was just illustrated this week in elections in Moldova, when pro-EU gained the upper hand.

It is also present in Russia, despite the efforts to repress and contain it. Putin may fear that more than any economic sanctions.

Hence, the third track in dealing with Russia now is one on which a competition of values is presented. It is a track that has always existed and has become stronger and stronger with the rise of the kind of technology that allows individuals to connect across borders — and without governmental regulation.

This third track, then, is maximizing the interconnections among people.

The catalyst of Putin’s aggressive challenges — and similar threats elsewhere — ought to be an occasion to assemble a strong and articulate response, one that is as coherent and consistent as any sanctions policy.

Indeed, we are in a much stronger position when presenting positive alternatives rather than negative consequences, as we argue the case for the values we represent.

Putin has done something which most Germans thought was a legacy of the past.

Putin has re-surfaced the raw power politics of military force, threats and intimidation.

Responses in Europe and the US to Putin’s aggression are a mix of long-term hopes and short-term uncertainties.

Confrontation with Putin is not only about deterrence and sanctions. It is also confrontation over ideas.

Putin has done something which most Germans thought was a legacy of the past.

Putin has re-surfaced the raw power politics of military force, threats and intimidation.

Responses in Europe and the US to Putin’s aggression are a mix of long-term hopes and short-term uncertainties.

Confrontation with Putin is not only about deterrence and sanctions. It is also confrontation over ideas.