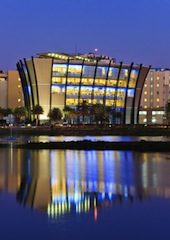 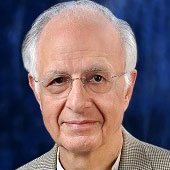 This is the second part of a four-part Globalist Paper on India’s future. Return to part one.

According to the three scenarios developed by India’s Planning Commission, there are three leverage points at which change must happen in the country. The policy discourse must change around these leverage points.

Arun Maira:
Why I am an India Optimist
Three Scenarios for the Future
Inclusion, Governance and Enterprise Strategy
Learning to Collaborate, Learning to Implement
Economic Future and Coalition Politics

What I see from the scenarios is a path for India and a few green shoots of grass already visible on it. These signs give me hope that the country is changing direction towards a better path towards its goals.

The first leverage point for strategic change revealed by the scenario analysis is around the question of how inclusion of people in the Indian economy should be brought about. For the past ten years, India has been governed by an unusual arrangement for a Parliamentary democracy. The leader of the Congress Party, which won the national elections in 2004, chose not to lead the government and nominated another person as the prime minister of the country.

It was widely believed that the Congress’s surprising win in the 2004 elections was due to the previous BJP-led government gloating about the ‘shine’ appearing on the surface of the Indian economy, while becoming insensitive to the unmitigated darkness below.

Mindful of the need to give voice to the excluded, a new organization was formed, the National Advisory Council (NAC), led by the leader of the Congress Party, to ‘advise’ the Indian government particularly on matters of inclusion of those who have been excluded from the economy’s growth.

The underlying ‘theory-in-use’ which the NAC relied on to include excluded people in the economy was to directly deliver to them what they do not have — food, shelter and even incomes to the old.

Large national schemes have been rolled out to deliver a minimum quantity of food at highly subsidized prices and an assured 100 days of employment on public works in rural areas. These programs’ benefits have been guaranteed by laws such as the National Rural Employment Guarantee Act and the Right to Food Act.

In the course of the development of the India scenarios, which we undertook at the national Planning Commission, the civil society representatives argued with business representatives and economists (who argued among themselves too) about the best way to include people in growth.

A consensus emerged that people are properly included in the economy’s growth when they have more income, through productive employment or their own enterprise, rather than by ‘hand-outs’ to them.

When people stand on their own feet, earn money, and can choose what they want to buy, they have dignity and self-respect too. In contrast, when they are given hand-outs, they are supplicants for the generosity (and the ability) of those who have to give them what they need.

It was also recognized that for hand-outs to be sustainable, the ability of those who have, which includes the state’s treasury too, must be sustainable. This requires faster economic growth.

Growth at the bottom

In the other strategy for inclusion that the scenarios highlight, inclusion comes from faster growth of livelihoods and jobs. The more the people at the bottom earn, the more the economy grows too. People are taken out of their condition of exclusion from the economy when they can rise and stand on their own feet, rather than receiving more hand-outs.

Therefore, the focus of policy-makers must shift away from devising larger schemes to give, to stimulating a pattern of growth that creates more productive enterprises, especially small ones that create more jobs.

As India’s GDP began to grow faster from 2004 onwards, reaching a rate of 9% a year by 2010, the advocates (among the economics profession and business community and some within the Planning Commission and the government) of faster GDP growth saw it as a panacea for India’s woes.

On the other hand, the National Advisory Council (NAC) and its civil society supporters became ideologically more firm in their opposition to the GDP worshippers as GDP growth accelerated.

The debate between the two paradigms of development — growth first to enable inclusion later, or inclusion first to lead to growth — even spilled out into a public debate. It even reached the pages of international newspapers, with India’s world-renowned economists Amartya Sen and Jagdish Bhagwati arguing as champions for the opposing corners.

I see a reconciliation emerging now. Members of both camps acknowledge that neither more hand-outs nor merely more GDP are adequate solutions for sustainable inclusion.

GDP growth without jobs is not a socially sustainable path, and is rife with political risk too. And subsidies must be restrained to avoid strains to the government’s finances and the economy that are already visible.

Both sides are beginning to agree that creation of more jobs and better livelihoods is the course to pursue.

The Planning Commission and government have begun to focus on employment generation. They accept that a new approach is required to accelerate growth of the manufacturing sector, which had been left to the vagaries of more ‘market’ as the solution following the liberal economic reforms in the 1990s.

The second leverage point for accelerating inclusive growth in India is to reorient structures of governance from centralization to decentralization. The Congress party’s espoused theory of governance has always been to give power to the people.

This began with Mahatma Gandhi’s call to make India’s villages the focus of the country’s development. And it includes the 73rd and 74th Amendments to India’s Constitution, championed by then-Prime Minister Rajiv Gandhi, that required that powers be given to local rural and urban bodies to manage their own affairs.

However devolution has remained only a welcome theory. Political practice has diverged widely from it. In reality, when results are not coming fast enough, and when there is urgency to ‘scale up’ action, strong direction and more control from the center are considered the best solutions.

This has been the government’s instinct, since 2004, despite the Congress Party’s theoretical commitment to local control. The Congress-led governments, in their decade-long tenure, have introduced more centrally managed schemes than in any other time in India’s recent history.

Undoubtedly another motivation for more central schemes funded with money allocated from the center has been to boost popular support for the Congress Party at the national level in a period when other political parties have taken control of Indian state governments.

Some changes towards decentralization are visible now. Widespread criticism of large central schemes — that one size does not fit all; that outcomes are poor in proportion to the moneys spent; that there is insufficient people’s participation — has led the government to decentralize its approach in the 12th Plan.

Central schemes will now have some flexibility, offering states funds to spend as they see fit to achieve the overall outcomes for which the schemes are required. Since a criticism of the push to decentralize is that local bodies do not have the capabilities to manage and will make a mess of it, a key part of the solution is to help them to build their capabilities. It is noteworthy that the 12th Five Year Plan has focused on programs to proactively strengthen capabilities of local rural and urban governance organizations.

The third leverage point is an architecture of institutions for India that will enable more effective management of the environment and faster growth of employment as well.

Large dams have been a strategy adopted in India (as in many countries) to harness and distribute water. ‘Ultra mega’ power projects have become the preferred solution for solving the country’s power shortage. Such large projects require a lot of land, and displace large numbers of people.

They also take a long time to build. And they must distribute their output to many distant consumers. The long time it can take for them to become operational and the large space of their operational foot-print make them vulnerable to many risks.

A rare example of a project that was completed on time and within budget – by systematic stakeholder alignment and good project management – is the Gujarat Solar Park. The 600 MW Gujarat Solar Park, announced in early 2010, commissioned in December 2010, and opened in January 2012, will generate 2/3rd of India’s total 900 MW of solar capacity.

The Gujarat project is being studied not just for its contribution to India’s sustainable energy resources, but also for demonstrating the rare ability to complete a large-scale, multi-stakeholder infrastructure project in a remarkable timeframe.

Unfortunately, this is the exception that proves the rule. Many of India’s mega projects have become stuck. Bank loans to them are at risk. Investors in them have got their fingers badly burned. Worse, large projects are not delivering what was expected of them. They have created problems for the country’s financial systems, too.

The alternative approach is to rely on networks of small enterprises that are more adjustable and scaleable than large-scale projects locked in place. Small dispersed enterprises connected to large networks can be very effective for management of the country’s strained water resources and for producing energy from renewable sources.

Smaller projects are also quicker to get off the ground. Their footprint is smaller. Producers and consumers are generally closer together. Many small projects can be connected into a large network which gives the combined enterprise large scale and reach too. Modern communications technologies enable small projects to network and scale up in ways that were not feasible before.

In a large country with the diversity of ecologies and cultures that India has, and a country in which political and administrative power has to be distributed, a few very large enterprises is not a practical way to produce results. Better results would come from many smaller ones.

Networks of small enterprises are beginning to grow in India. Producer cooperatives of local weavers and carpet makers are being connected into large marketing networks with international reach. Small BPO centers are springing up in small towns.

India’s government has also recognized the power of small enterprises. The country’s Manufacturing Plan focuses on SMEs and strengthening of clusters of SMEs. The national water policy to manage the country’s pressing water problems has also shifted attention towards local actions.

The focus of policymakers must shift away from devising larger schemes to give out handouts.

There is debate between two paradigms of development: growth first to enable inclusion later, or inclusion first.

Neither more hand-outs nor merely more GDP are adequate solutions for sustainable inclusion.

Creation of more jobs and better livelihoods is the course to pursue in India. Employment generation is now the focus.

In a large, diverse country such as India, a few mega-enterprises is not the way to produce results.

The focus of policymakers must shift away from devising larger schemes to give out handouts.

There is debate between two paradigms of development: growth first to enable inclusion later, or inclusion first.

Neither more hand-outs nor merely more GDP are adequate solutions for sustainable inclusion.

Creation of more jobs and better livelihoods is the course to pursue in India. Employment generation is now the focus.

In a large, diverse country such as India, a few mega-enterprises is not the way to produce results.