Who is asking the most pointed questions about the health of American democracy?

Who is asking the most pointed questions about the health of American democracy? 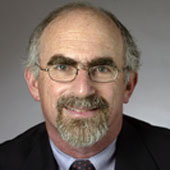 In September 2005, a month after Hurricane Katrina, I was talking with a prominent Indian general and diplomat. "I am a friend of the United States," he said.

"I don't always agree with all your policies, but I believe that the world needs your leadership. What, though, am I supposed to tell my people about Hurricane Katrina?”

"In our part of the world," he continued, "natural disasters hit all the time. Plenty of tsunamis, not just the 2004 one that grabbed the world's attention. For us, the most basic responsibility of government is to help people in such situations. How much of a model of democratic governance can you Americans be when you did so little for people in need in your own country?"

A Singaporean newspaper columnist put it similarly: "We were shocked by what we saw. Death and destruction are par for the course. But the pictures of dead people left uncollected on the streets, armed looters ransacking shops, survivors desperate to be rescued, racial divisions — these were truly out of synch with what we'd imagined the land of the free to be, even if we had encountered homelessness and violence on visits there.”

“If America became so unglued when something bad happened in its own backyard, how can it fulfill its role as leader of the world?"

Whether one interprets the Katrina failure more in terms of bureaucratic incompetence or political insensitivity, this was hardly the working of a model democracy.

Nor is it just Katrina that is raising questions about U.S. public policy.

For developing countries still building their infrastructures, a country with one-quarter of its bridges "structurally deficient or obsolete," drinking water and wastewater facilities in need of "extensive repair," and public transportation "unable to keep pace with growing demand" (according to a study by the Center for Strategic and International Studies) isn't much of a model.

New York City's steam system explosion in July was a case in point. Mayor Michael R. Bloomberg's statement that "there is no reason to believe this is anything other than a failure of our infrastructure," while assuaging concerns about terrorism, was telling in this other respect. The Minneapolis bridge collapse last week was even more shocking and tragic.

Also telling is a health care system which spends more — but gets less overall: The United States ranks first in health care spending as a percentage of GDP — but 22nd of 30 in life expectancy.

It's especially bad for kids: 84th in the world for measles immunization, 89th for polio and 43rd in infant mortality.

The politicization of science has tarnished yet another area in which U.S. practices long had been regarded as the gold standard.

The wielding of the White House editor's pen on global climate change reports by a former executive of the American Petroleum Institute made a mockery of the very notion of public service. On stem cell research, one British newspaper compared George Bush to those who jailed Galileo.

The choke-hold of powerful interest groups also increasingly comes through. Witness the Doha Round trade talks in which the subsidies doled out to U.S. farmers remain a major stumbling block to a deal.

Or witness politicians of both parties dancing around gun control even in the wake of the April 2007 Virginia Tech massacre. While some genuine constitutional issues have been raised, the link to the political power of the National Rifle Association is hard to miss.

Indeed, the whole "K Street" culture cultivated by both parties and both branches gives lobbying a pervasiveness that makes the motto of "by, of and for the people" less and less credible.

K Street was not what Alexis de Tocqueville had in mind in praising associations. It was, though, what James Madison warned about in Federalist No. 10 on the dangers of "factions."

Another warning from Madison not well heeded was about the tension between national security and civil liberties. "Perhaps it is a universal truth," he wrote in a letter to Thomas Jefferson in 1798, "that the loss of liberty at home is to be charged to provisions against danger, real or pretended, from abroad."

We Americans have long wrestled with how far the justification of national security can be taken, even with regard to what Madison meant by "real" dangers from abroad, let alone "pretended" ones.

We have gone too far before. Take, for example, the Japanese-American internment camps in World War II, McCarthyism and the Alien and Sedition Acts that prompted Madison's 1798 letter. Post-9/11, we have again been doing so with Guantanamo detention camps, military tribunals, wiretaps and much else.

As other countries seek to strike their balances of security against terrorism within their own democracies, they are finding more that is negatively instructive than positively so from the United States.

As to elections, it is high time for us Americans to take pause and ask honest questions about our electoral politics. Florida 2000 does not exactly call forth impressions of electoral integrity.

Voting rates that barely clear 50% trail those of almost every other democracy. Adding "swift boating" and other masterful yet manipulative techniques to campaign playbooks has triggered much emulation. But admiration?

The corrosiveness of our public discourse — from the culture wars to the Iraq war in which dissent is equated with disloyalty — spews forth vitriol more than it models democratic vibrancy.