The United States never consented to having no NATO expansion deals. 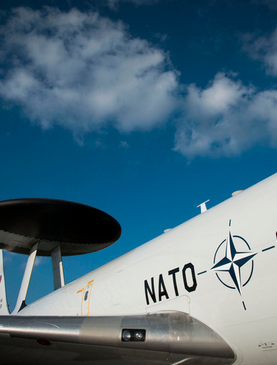 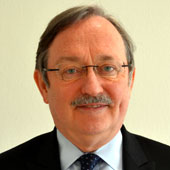 J.D. Bindenagel is a former U.S. Ambassador and currently the Henry Kissinger Professor for Governance and International Security, University of Bonn.

The Russian invasion of Ukraine poses a fundamental challenge to the post-Cold War order, which has kept Europe relatively stable and at peace for the past 25 years.

With his policy of aggressive nationalism and hegemonic aspirations, Russia’s President openly challenges the principles of sovereignty, self-determination and democracy on which this order was built.

Putin’s worldview – and indeed that of many members of Russia’s elite – is premised on a perceived need to restore Russia to its former position of influence and greatness in the “near abroad” and – by extension – in the world.

Russia and the West have competing narratives to explain Putin’s action. Putin and those seeking to “understand” him now often argue that the United States has violated a deal made with Russia about not expanding NATO.

And they maintain that Russia’s actions today can be explained by the fact that NATO’s 1999 enlargement threatens Russia.

There is only one little problem with this wonderful saga – it is just that, a saga, but not a fact of diplomatic or political life. The two key facts are these:

1. There are no agreements or treaties that prohibit NATO from accepting new members.

2. There also were no secret assurances not to expand NATO eastward, which are now hinted about.

It is now alleged that promises were made to then-Soviet President Mikhail Gorbachev by Chancellor Kohl and U.S. Secretary of State James Baker in 1989-1990. The purported proof is offered in now declassified reports of the Kohl and Baker talks with Gorbachev.

James A. Baker, speaking at the American Academy in Berlin on October 7, 2014, dismissed the claims as baseless.

On October 16, 2014, Mikhail Gorbachev confirmed Baker’s assertion, saying that the “topic of ‘NATO expansion’ was not discussed…not brought up in those years.”

Likewise, Hans Dietrich Genscher, former German foreign minister, also affirmed Baker, “This was never the subject of negotiations, and most certainly not a negotiation result.”

The now declassified reports show that George H.W. Bush, Kohl and Gorbachev shared their concerns – and resolve – about three developments:

1. The disintegration of the East German SED regime.

2. The Soviet leader’s decision for a united Germany to remain in NATO.

3. Uncertainty about the status of the 380,000 Soviet soldiers in the GDR and understanding that only the Bundeswehr, not foreign forces, would be stationed in the territory of the former GDR after unification.

Soviet Foreign Minister Eduard Shevardnadze in 1989-1990 also fought against a catastrophic Soviet military intervention that would deny East Germans the right to decide their own fate, as Gorbachev promised.

The reason for that was largely economic: The Soviet Union simply could not afford to continue policies that cost 25% of the Soviet GDP.

Eventually, Gorbachev agreed to German unification and its membership in NATO. Putin has scorned Gorbachev’s refusal to use the 380,000 Soviet soldiers in East Germany to keep control over the country.

Gorbachev agreed that nations could decide which alliances to join. The issue of NATO taking new members in 1990 was not on the agenda. After all, the Warsaw Pact still existed in 1990.

The West did not disappoint Gorbachev for his support of Germany. He did not come away empty-handed. He achieved agreements for:

3. A German-Polish treaty settling the Oder-Neisse border, which established stability on the Russian border.

4. NATO also assured Russia repeatedly that it was not a threat to the Soviet Union.

5. NATO changed its strategy to make nuclear weapons truly of last resort, minimizing the principle of “first use.”

6. The Allies changed both “forward defense” and “flexible response” concepts that had been against east European and Soviet territory.

7. NATO also extended a hand of friendship to establish diplomatic liaison with NATO and later signed the NATO-Russia Founding Act.

Furthermore, President George H.W. Bush also instructed that, as far as the Untied States was concerned, there would be no “dancing on the Wall” – i.e., no triumphalism over the end of the Cold War.

Despite all of these facts, the argument of new NATO members as a threat to Russia continues. It is true that the West’s discussion of a Military Action Plan for Georgian NATO membership in 2008 provoked Russia. However, German Chancellor Angela Merkel intervened to block that effort.

But what about offering NATO membership for former Warsaw Pact countries? The first efforts in that direction, which occurred in 1992-93, were sidelined into an effort of “Partnership for Peace.”

I participated in the U.S.-German bilateral talks with Frank Wisner and Richard Holbrook with Germany’s then-defense Minister Volker Rühe in 1993. At that time, the U.S. government deflected Poland’s and the Baltic countries’ early request.

During the breakup of Yugoslavia, President Bill Clinton then did lead the effort toward NATO enlargement in order to bring peace and stability to Europe.

His first priority in that regard took place in Bosnia, to end the bloodshed there – an effort that found Russian support. Clinton pursued a dual-track policy of NATO enlargement for Poland, Hungary and the Czech Republic – but only in 1999, ten years after the unification of Germany.

The internal Russian crisis, and the consequent withdrawal from international politics, left Russia on the periphery of post-Cold War Europe, not NATO.

Clinton also agreed to the NATO-Russia Founding Act that declared: “NATO and Russia do not consider each other as adversaries.” The Act led to cooperation with Russia and Clinton brokered a deal with President Boris Yeltsin to have Russia participate in the UN IFOR Mission to secure peace in Bosnia.

This Kosovo military action led to the UN principles on the Responsibility to Protect (R2P) in cases of ethnic cleansing, genocide, war crimes and crimes against humanity.

Ironically, Putin tried to invoke R2P in defense of ethnic Russians in Ukraine in 2014, but R2P principles would only allow intervention in cases of genocide, war crimes, crimes against humanity and ethnic cleansing, none of which were occurring in Ukraine when Putin invaded the country.

The following annexation of the Crimea also violates international law. However, in Crimea no one was killed – not one of the R2P criteria were addressed. Protecting ethnic Russians in a peaceful Ukraine was not a basis for its annexation.

Putin is by no means innocent

Finally, it is important to understand Putin’s responsibility. As a KGB officer in Dresden, he personally witnessed the demise of Russia’s power. He obviously drew his own lessons from his experience.

For Putin, street protests are the greatest threat to the Russian Federation yet – and they must be stopped.

When Viktor Yanukovych crushed the Kiev street demonstrations that were an expression of public rejection of his decision not to sign the EU agreement and when Putin subsequently invaded and annexed Crimea, they undermined historical sympathy in Germany for Russia.

German “understanding“ of Russia does emanate from strong emotions against war and what Nazi Germany wrought on Russia in the Second World War.

Chancellor Merkel, despite these deep-seated concerns that dominate the talk shows here in Germany, has won approval for sanctions against the invasion and continuing presence of Russian soldiers in Ukraine.

The Russian invasion of Ukraine poses a fundamental challenge to the post-Cold War order.

Russia has been left on the periphery of post-Cold War Europe.

Protecting ethnic Russians in a peaceful Ukraine was not a basis for Putin’s annexation.

J.D. Bindenagel is a former U.S. Ambassador and currently the Henry Kissinger Professor for Governance and International Security, University of Bonn.

The Russian invasion of Ukraine poses a fundamental challenge to the post-Cold War order.

Russia has been left on the periphery of post-Cold War Europe.

Protecting ethnic Russians in a peaceful Ukraine was not a basis for Putin’s annexation.

Climate Change and the New Congress: Bill Gates to the Rescue?