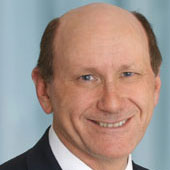 Former President, GM International Operations Louis R. Hughes serves as the chairman and Chief Executive Officer of InZero Systems, a highly innovative computer security firm — and is the former President and Chief Operating Officer of Lockheed Martin in Bethesda, Maryland. He also serves as a director of ABB Akzo Nobel and Alcatel-Lucent. Previous board […]

Epiphany. That is perhaps the only word that can describe my experience since I arrived here a mere 30 days ago. It might as well be 30 years.

To my great surprise, it appears that time is moving at light speed. One cannot even pause to reflect. We are working at least 14 hours per day, seven days per week. Faces and names flash by.

The sun rises. The sun sets. Almost every hour, there is a new meeting, a new appointment. And the emails never stop. There is a reason for this urgency. This nation stands at a crossroads — and everyone knows it. The road traveled to this point has been long and difficult.

Twenty-five years of blood and tears, death, sickness and suffering. The Afghan people have had enough. They are exhausted and know they need help. And help has come.

Tens of thousands of American soldiers — whom an overwhelming majority of Afghans want to keep in Afghanistan for many years. Thousands of European soldiers, thousands of humanitarian volunteers from virtually every developed nation in the world.

There are also the world's leading institutions, like the UN, World Bank and IMF and, of course, an army of — outrageously high-paid — management consultants and personal security guards and drivers. With over 30 different major ethnic groups within Afghanistan and the incredibly diverse expatriate community here, Kabul has to be one of the most cosmopolitan cities on the planet. Or is it the new Babylon?

The crossroads of which I write is no mere fork in the road. It is existential. Does Afghanistan move forward into the light — and become an example for the Middle East as a thriving democracy? Or will it succumb to the forces of darkness and descend once again into lawless fiefdoms ruled by warlords and drug barons?

The forces for good are strong here. The Afghans are a God-fearing people. They hate their warlords. They desperately want their children to receive the education they never had. They are willing to lay down their lives to finally be free.

The presidential election here on October 9, 2004, proved this beyond any doubt. It was a triumph of Afghan will — and a triumph for democracy. Despite bomb threats, rocket attacks and assassination attempts, millions of Afghan men and women braved sandstorms, and even deep snow, to go to the polls.

It was the first election the nation had had in 5,000 years. The number of examples of personal courage on that day were legion.

In the central region of Bamiyan — where the Taliban destroyed centuries-old statues of Buddha — some poor women took pains to carefully bathe and wear their very best clothes under their burqas.

When asked why they were doing this, they said that they assumed they would be killed while trying to vote — and so they wanted to be ready for Allah.

In another village, an old man lay desperately sick in his bed. He insisted that before he died, his sons must carry him on his shoulders to the polling station to vote.

October 9, 2004 was an incredible day. In a nation that has been wracked by violence, this one day was remarkably peaceful. There was almost a total absence of violence. It was if God had waved his hand over an entire land.

But there are also forces of darkness in Afghanistan. Seventy-five percent of the world's opium is produced here. It creates over $2 billion in illicit wealth directly in country and much, much more outside. This is equivalent to over half of Afghanistan's GDP.

In the 1970s, before the Russians came, Afghanistan was free of opium. Now, it is grown in almost every province — with record production expected in 2004.

If the leaders of Afghanistan and the world community continue to ignore this problem, our thousands of troops and billions of dollars in financial aid will make no difference. Afghanistan will become a narco-state.

We are in a race against time. And that is why we work the way we do. Within the Afghan government, within the U.S. embassy, within the international community and even within the most remote village, we all know now what must be done.

It is a heady experience. We have put our lives and our careers on hold for this one precious moment. We reach across thousands of miles — in tongues we have never used — to treat as brothers people we have never met. And all this, only to tell them, "Please step into the light."

Former President, GM International Operations Louis R. Hughes serves as the chairman and Chief Executive Officer of InZero Systems, a highly innovative computer security firm — and is the former President and Chief Operating Officer of Lockheed Martin in Bethesda, Maryland. He also serves as a director of ABB Akzo Nobel and Alcatel-Lucent. Previous board […]

The Dangers of Economic Isolationism