Kaliningrad: Achilles’ Heel for the West

Kaliningrad could be Putin’s and Russia’s best diplomatic card in 2015. 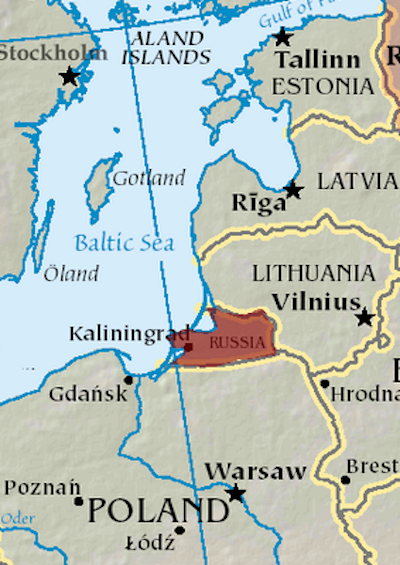 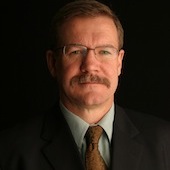 There is one very good reason why Europe and the United States should open negotiations with Russia on a new European Security Treaty. It is Kaliningrad.

The Ukraine crisis is another good reason, among several, but let’s focus on the detached Baltic province of Russia for this discussion.

Kaliningrad is a piece of territory that the Soviet Union took as a war prize from Germany in 1945, sitting as an exclave of the Russian Federation between Poland and Lithuania on the Baltic Sea.

On December 16 2014, Russia confirmed months’ old rumors that it had permanently deployed nuclear-capable Iskander ballistic missiles with tactical range (400 km) in the province and that they had been there for “some time,” as long as 18 months according to one source.

Such a move was first threatened by Russia in 2008, but suspended 18 months later, in response to the once-planned and then deferred U.S. deployment of ballistic missile defense (BMD) systems in Poland and the Czech Republic.

The official confirmation from Russia about the more recent Iskander deployment in Kaliningrad followed a statement from Moscow the day before that it had the right to deploy nuclear weapons in Crimea.

In Washington, on December 17, in reply to a question from a Belarus journalist on Russia’s “right” to deploy such weapons in newly occupied territory of Crimea, the U.S. Assistant Secretary for European and Asian Affairs, Victoria Nuland, replied that “any effort to further militarize that region will be extremely dangerous and would not go unanswered.”

Thank you Moscow! Thank you Washington!

The latest Kaliningrad gambit may yet prove to be a masterstroke of Russian diplomacy. (It was first conceived around 2008, the same time that Russia first began devising plans to threaten Ukraine’s future as a state if it aligned itself with NATO.)

Russia’s aim in its Kaliningrad gambit is to put on the table for Europe the risk of opening up the entire fabric of continental security, mostly de-nuclearized, that has been set in place since the end of the Cold War.

It reminds all parties of the wartime military occupation in 1945 and the tough post-war negotiations on territorial control of the Soviet Union and the Allies.

Kaliningrad had been Prussian or German territory since at least 1657 and was only surrendered on the battlefield in 1945 and in post war settlements.

Russian leaders believe that any military activity in or around Kaliningrad by them will be deeply disturbing to Europe’s most powerful and diplomatically conscious countries (Germany, Poland, France and Great Britain).

For Russia, the end point of the Kaliningrad gambit (and of the Novorossiya rebellion in Eastern Ukraine) is a new European Security Treaty which would wind the clock back to 2004, when NATO expanded eastwards to include Lithuania, Latvia and Estonia, along with four other East European states.

Not everything can go back of course, but Russia wants compensations. There are three main elements to Russia’s wish list:

1. Recognition of a common military strategic space that binds together Russia, Belarus and Ukraine, a concept that is explicitly enshrined in the Minsk Treaty of 1991 between these three countries that dissolved the Soviet Union.

2. An end to U.S. ABM development and deployment without Russian participation in it.


However unrealistic these demands have seemed, and still seem, to American and European diplomats, their governments now need to contemplate just how Russia will exploit Kaliningrad to increase pressure on them to come to terms with Moscow on a new European security order.

Kaliningrad is, like Crimea, not connected by land to mother Russia. Moscow will be keen to draw parallels between the two exclaves, which are somewhat anomalous in Europe.

Russia may begin to create artificial crises around access to Kaliningrad to simulate the situation Crimea now faces, with its dependence on Ukraine for water, electric power, some telecommunications and road access for people and food.

The Russian armed forces already conducted a snap military drill in Kaliningrad from December 5-10. This involved bringing all military forces in the region (airborne, army, navy, air force and missile forces) to their highest level of alert.

Notably, it also included redeployment under exercise conditions of Iskander missiles from Russia within two days.

In October 2013, Russia Today gave wide play to a Lithuanian government threat to cut off supplies to Kaliningrad if Russia continued its bellicose diplomacy toward Ukrainian partnership with the European Union.

And in May 2014, Russia unilaterally suspended its 2001 agreement with Lithuania for joint notification and inspection of military deployments.

As Russia’s ambassador to the UK, Alexander Yakovenko, noted on November 13, “It is an established fact that there has been no formal post-Cold War settlement … this constitutes a major flaw with far-reaching consequences.”

Russia wants such a final settlement. Kaliningrad may be its best card to achieve it.

There is one very good reason why Europe and the United States should open negotiations with Russia.

So Europe’s newest war now has a military nuclear dimension.

For Russia, the end point of the Kaliningrad gambit is a new European Security Treaty.

If Russia wants such a final settlement. Kaliningrad may be its best card to achieve it.

There is one very good reason why Europe and the United States should open negotiations with Russia.

So Europe’s newest war now has a military nuclear dimension.

For Russia, the end point of the Kaliningrad gambit is a new European Security Treaty.

If Russia wants such a final settlement. Kaliningrad may be its best card to achieve it.

Islam and the West: Clash of Civilizations?