The Limits of China’s Globalization Strategy

Why factoring human rights and the environment into investment will help China in the long run. 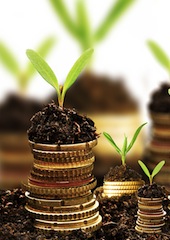 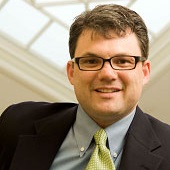 What aids China in that effort – and gives it special credibility — is the power of its own example. It transformed its economy and brought more than 600 million people out of poverty. Contrast that with Western policies that led to financial crises, slow growth and relatively less poverty alleviation across the globe – and the attractiveness of China’s model is clear to see.

No wonder either that China is now exporting its model across the world. The China Development Bank (CDB) and the Export-Import Bank of China (EIBC) now provide more financing to developing countries than the World Bank does.

What is more, China’s finance doesn’t come with the harsh conditions — such as trade liberalization and fiscal austerity — that western-backed finance has historically.

Sure enough, China’s development banks are not only helping to spur infrastructure development across the world. They are also helping China’s bottom line as they make a strong profit and often provide opportunities for Chinese firms.

But China’s forward push doesn’t just extend to old industries such as construction. Due to U.S. political intransigence, China has been able to take the lead in developing and deploying clean energy technologies. For example, it has become the world’s leading producer of solar panels.

Consequently, China is pumping finance into cleaner energy abroad as well. It is thus leapfrogging the World Bank, which had long hesitated to make those technologies a strong priority. According to a new study by the World Resources Institute, since 2002 Chinese firms have put an additional $40 billion into solar and wind projects across the globe.

However, China’s global stride may be jeopardized — unless it also begins to incorporate environmental and social safeguards into its overseas operations. In a policy memorandum (pdf) prepared for the Paulson Institute, I point out that there is a growing backlash against China’s development banks.

It will require these institutions’ dealing with these legitimate concerns forthrightly to enable China to become what it is aspiring to — the global leader in development finance.

Local civil society organizations in Burma have mounted campaigns against a multitude of problems — land confiscation with limited compensation, loss of livelihoods, the role of Burmese security forces in protecting the project, as well as environmental degradation (deforestation, river dredging and chemical pollution).

Another problem-laden example can be found in Latin America, where Chinese institutions are also very active. The Patuca hydroelectric project in Honduras is supported by the Export-Import Bank of China and operated by Sinohydro.

Approved by the Honduran government in 2011, one of the projects is said to entail flooding 42 square kilometers of rainforest slated to be part of Patuca national park and the Tawahka Asangni biosphere reserve. The project was denounced by local civil society organizations, which cited the shaky foundations of the project’s environmental impact assessment.

NGOs, including International Rivers and The Nature Conservancy, have also sought to reevaluate the project. Such campaigns, uniting locally affected communities with globally recognized NGOs that have access to media worldwide, have slowed projects and, if left unaddressed, have tainted investors’ images.

There is a growing number of cases where Chinese financial institutions may be losing ground over social and environmental concerns.

In Africa, extraction from the Belinga iron ore deposit in Gabon was contracted in 2007 between the government in Libreville and the China Machinery Energy Corporation, with financing from the Export-Import Bank of China.

The project sparked significant local protest over its environmental impact. As a result, it has been perpetually renegotiated and delayed, and may ultimately be denied.

Environment-related political risk can severely affect the bottom line of the major Chinese development banks. Local skepticism and protests can not only result in delays, but even the loss of projects.

Adopting established international norms may help China’s banks to secure markets in more developed countries. Chinese banks clearly seek to further penetrate markets such as the United States and Europe, where an even higher level of environmental and social standards exists.

Establishing a track record of good practice in emerging markets and developing countries could help Chinese banks assimilate, adapt and ultimately incorporate such practices into their daily operations. That is an experience that could prove essential as they also seek to navigate markets in Organization for Economic Cooperation and Development (OECD) countries.

For decades, developing countries have pined for a development bank that provides finance for inclusive growth and sustainable development—without the draconian conditions that the IMF and World Bank have often imposed as a condition of their lending.

That conditionality, and the egregious environmental record of early World Bank and other IFI projects, spurred a global backlash against these institutions.

If China’s development banks can add substantial social and environmental safeguards, they can become a beacon of 21st century development finance.

What aids China in the global development arena is the power of its own example.

Due to US political intransigence, China has been able to take the lead in deploying clean energy technologies.

What aids China in the global development arena is the power of its own example.

Due to US political intransigence, China has been able to take the lead in deploying clean energy technologies.

The Republican War on the Poor, Continued