Michelle Obama and the Third Roosevelt 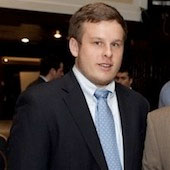 Every woman in public life needs to develop skin as tough as rhinoceros Hyde." Those are the words of one of the most effective, well-remembered and influential women in United States history, Eleanor Roosevelt.

To her credit, Eleanor Roosevelt was not content with being a traditional first lady.

A large influence on her decision to break from the traditional role was Edith Roosevelt, Eleanor's aunt and Theodore Roosevelt's wife. Edith Roosevelt had had a very traditional background role during her stint as first lady from 1901-1909.

With Edith Roosevelt's experiences in mind, Eleanor vowed never to take a back seat in her husband's work and succumb to the pressures of tradition. Many First Ladies contributions to their husbands' Presidencies were limited to sticking a never ending smile on their faces.

Mrs. Roosevelt became the first First Lady to hold regular press conferences and even had her own weekly newspaper column. Yet, her work was not limited to the White House.

She was on the road during much of her time as First Lady, visiting foreign leaders, labor unions, rural areas and city slums which had been hardest hit by the Great Depression. Impressively, Mrs. Roosevelt — wholly un-First Lady like — even visited the greatest depths of coal mines.

All the more important to Mrs. Roosevelt's success was her ability to connect with average folk during her travels. She was known to join families for meals and even dance with regular Americans at cultural events.

Roosevelt used her travels as opportunities to strengthen the belief of those who were experiencing hardships due to the Great Depression. Often when she returned to Washington, Eleanor Roosevelt described the horrible situations she had witnessed to her husband.

These issues included the plight of small mining towns in West Virginia that she had visited and the struggles of African Americans, among others.

Often, President Roosevelt would bait his wife into giving him ideas on particular issues by purposefully stating the opposite position he knew his wife would take. This angered Mrs. Roosevelt, but was an effective tool for the President as his actions would energize and inspire his wife. Often, Franklin Roosevelt would hear his wife's ideas — and then use them as his own.

Because Eleanor Roosevelt was not an elected official, she acted on her conscience. For Franklin Delano Roosevelt, speaking his mind on every issue was likely to upset necessary voters or members of the U.S. Congress. She was not afraid to speak her mind and unafraid of challenging the ills of American society.

However, because Mrs. Roosevelt was a woman, her attempts at reform were not only difficult because the ideas themselves stretched the boundaries of 20th century American society, but because her assertiveness as a woman challenged traditional norms.

While Mr. and Mrs. Roosevelt's marriage was largely unsuccessful, the two made a very effective and historic political team. This dimension of their collaboration strikes similarities with another President-First Lady duo currently in office.

In his Presidential victory speech, shortly after 12 A.M. on November 5, President-Elect Barack Obama thanked his wife for her contribution to his victory: "I would not be standing here tonight without the unyielding support of my best friend for the last sixteen years, the rock of our family and the love of my life."

This must have been music to Michelle Obama's ears, considering that she had endured some of the nastiest attacks possible throughout the 2008 Presidential campaign. Fox News, the cable news channel, had called Michelle Obama "Obama's baby mama." The network also referred to a handshake of sorts between Mr. and Mrs. Obama as a "terrorist fist jab."

While the 2008 Presidential Election was a milestone in American history, Fox News Channel's attacks were hurtful, especially when you take into account that the remarks were downright racist. Yet, amidst the attacks and the realities that would come with her being an African American First Lady, Michelle Obama remained seemingly unaffected.

She ignored the low-life verbal attacks and the sad reality that some people looked at her differently. Throughout all the challenges, Michelle Obama campaigned as effectively and as regularly as anyone in the Obama campaign. Her personal strength and will throughout the campaign show that she is undoubtedly a very strong individual.

Just like her husband, Obama is a strong public speaker, and a quick and witty thinker. She addresses real issues with a committed attitude that demands both respect and trust.

Michelle Obama has obvious charm and, like Mrs. Roosevelt, is able to connect with average Americans of all walks of life. While Obama has a clear rock-star like popularity, she is pleasantly down to earth.

One did not have to wait very long after Barack Obama was sworn in to witness Mrs. Obama's charm. At the Armed Forces Ball, Mr. and Mrs. Obama each danced with a member of the military, creating a very personable image for both Obamas.

The Obama's choice to make the Armed Forces Ball a Presidential Ball came with the announcement that Mrs. Obama's main focus as First Lady would be working with members of the Armed Services and their families.

This focus creates another similarity between Obama and Eleanor Roosevelt. During the second world war, Mrs. Roosevelt spent a significant amount of time with the soldiers.

However, Mrs. Roosevelt was not content with meeting officers, she insisted on spending time with the men on the frontlines. In 1943, Mrs. Roosevelt took a trip to the South Pacific to visit injured soldiers — and her charm and caring nature earned her the servicemen's respect.

The odds are that Mrs. Obama's personality and character will allow her to earn similar amounts of respect from U.S. servicemen and their families.

President Obama's admission that he could not have won the 2008 Presidential campaign without his wife was more than a rhetorical flourish. It shows how important Michelle Obama will be in Barack Obama's presidency.

It could justifiably said that Michelle Obama was not only "the rock" of the Obama family, but that she may have been "the rock" that allowed Obama to win.

It is possible that Michelle Obama may leave office having gained similar levels of respect that Eleanor Roosevelt did over fifty years ago.

And who knows — considering Michelle Obama's qualities and the professional ambition she displayed before Barack Obama stepped on the national political stage — she may accomplish something as monumental as Eleanor Roosevelt did after she was First Lady.

President Obama's admission that he could not have won the 2008 Presidential campaign without his wife was more than a rhetorical flourish.

While the 2008 Presidential Election was a milestone in American history, Fox News Channel's attacks on Michelle were hurtful.

While Mr. and Mrs. Roosevelt's marriage was largely unsuccessful, the two made a very effective and historic political team.

President Obama's admission that he could not have won the 2008 Presidential campaign without his wife was more than a rhetorical flourish.

While the 2008 Presidential Election was a milestone in American history, Fox News Channel's attacks on Michelle were hurtful.

While Mr. and Mrs. Roosevelt's marriage was largely unsuccessful, the two made a very effective and historic political team.