How one general accidentally plunged Germany into a ruinous war in 1914. 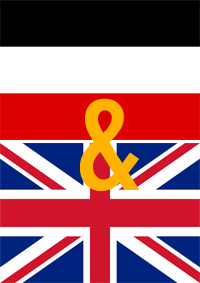 The catastrophic and utterly avoidable mistakes of two legendary figures plunged Britain and Germany not only into war with each in 1914. That alone would have been bad enough. But it also unleashed 30 years of utter frightfulness on the entire world.

Strikingly, it could all have been so easily avoided – if these key decision makers had not made such appalling mistakes.

In retrospect, of course, it all seemed so inevitable, like a domino chain: Germany was going to conquer and then permanently occupy Belgium. And it would certainly crush Russia and France. As a result of these certainties Britain simply had to go to war with Germany to prevent those “terrible things” from happening.

Most of all, the British people were told, Britain could never let Germany occupy Belgium. Doing so would threaten Britain’s independence and even survival. After all, the Germans could use the Belgian ports, once conquered, as war bases — to launch attacks on the British homeland.

This conventional view of history has been almost universally accepted in Britain and the world over for nearly a century.

The Kaiser: A warmonger?

A crack in that story line had opened up early on, in 1969, when a British historian, the late A.J.P. Taylor in his book “War by Timetable,” pointed to a little-known fact: Kaiser Wilhelm II wanted to avert war with Britain by having the German Army avoid Belgium’s territory in its attack on France.

But, Taylor claimed, the Kaiser was told that the inflexibility of the Schlieffen Plan, the German Army’s master-plan for war in Europe, made that impossible.

Taylor in his 1969 book became world-famous for another insight: that the course of those events leading to World War I showed that the sophistication of modern war-making machinery had become too complicated and too rigid for the policymakers themselves to control.

The true story of Germany’s stumbling into a world war was very different: Kaiser Wilhelm, the grandson of one British monarch (Queen Victoria) and the nephew of another (King Edward VII), was indeed appalled at the unfolding scenario.

He realized that violating Belgium’s neutrality would plunge the Second German Reich, which he headed and which at the time the second-greatest industrial power and greatest military land power on the planet, into full-scale war with Britain.

The latter was not only familiar to him through family ties but was also the third-greatest industrial power and the greatest global sea power.

At the same time, the Kaiser recognized that Germany was perfectly capable of defeating Russia’s vast, but unindustrialized army relatively easily. And he had a sense that, with great efforts, his country could defeat France fast, too. But he understood that a war involving Britain would last years and would be utterly ruinous for both great powers.

It is also true, as A.J.P. Taylor wrote, that the Chief of the German General Staff, Field Marshal Helmut Von Moltke the Younger, told the Kaiser that the railway-timetable-precision planning, on which the invasion of France was based, was inflexible and could not be changed.

Indeed, Moltke was thrown into so much panic by the Kaiser’s suggestion that he collapsed at his monarch’s feet in a fit of hysteria and panic. He went as far as screaming that changing the plan would leave Germany defenseless and guarantee her ruin.

But as noted American military analyst William Lind cogently points out, Moltke, the nephew and namesake of the greatest general in German history since Frederick the Great, was quite simply wrong.

The German General Staff in 1914 was still the most thorough and professional war-making planning body in the world. (It was the U.S. Joint Chiefs of its day.) And, true to form, the German generals had planned for precisely the contingency of altering the invasion of France to avoid Belgium.

How about a double-check?

The plans were in the files, the orders could have been given and the detailed railway timetables to change the plan could easily have been implemented. Moltke simply either forgot — or never knew what he should have known.

In point of fact, Moltke didn’t even have to know. All he needed to do was pick up a telephone and call the General Staff to check their files. Incredibly, it never occurred to him to do that simple thing.

It never occurred to the Kaiser to request a double-check, either.

Due to these “little oversights,” Germany found itself soon after ruined, with millions of brave young men dead. In a global context, it gets worse. The errors and omissions by the German leadership opened the door for the catastrophic Russian Revolution as well as the rise of Hitler.

Nevertheless even after the German army invaded Belgium, this catastrophe was still not inevitable. Britain could and should have stayed out of World War I.

The Kaiser understood that a war involving Britain would last years and would mean utter ruin for both great powers.

The problem is not that the modern war-making machinery is too complicated and rigid for the policymakers to control.

The Kaiser understood that a war involving Britain would last years and would mean utter ruin for both great powers.

The problem is not that the modern war-making machinery is too complicated and rigid for the policymakers to control.